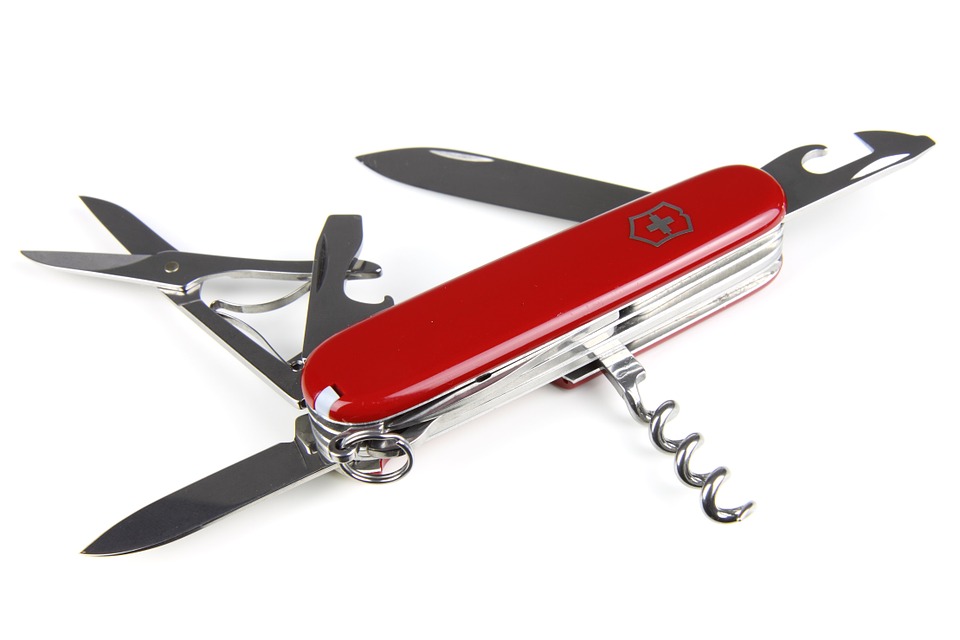 Developers regularly build internal applications with spreadsheets but aren’t happy about it. Low code development platforms may be an upgrade but should be viewed in a broader context that considers integration with other systems and data.

According to the low code vendor Retool’s “The State of Internal Tools in 2021,” 40% of people building internal applications use spreadsheets to do so — putting the approach behind custom-built solutions (63%) and ahead of low/no-code platforms (33%), business intelligence/visualization tools (21%) and backend admin libraries (17%). Alas, 63% of the time developers do not enjoy the experience of using spreadsheets. Since 57% believe building with spreadsheets actually meets their needs, what is going on here? Trained software engineers are surely aware of the many well-documented problems that spreadsheets have — security, version control, susceptibility to human error, scalability, the list is long. A desire for new investments is probably highlighting every negative in their current system.

Custom-built solutions and back-end libraries meet current needs over 80% of the time but appear less often on future roadmaps compared to low code platforms. Almost nine out of ten developers using low code to build internal tools like it and plan to use it again. Over 70% of the low code developers were using Retool, so this finding is obviously more about Retool customers rather than the overall market. 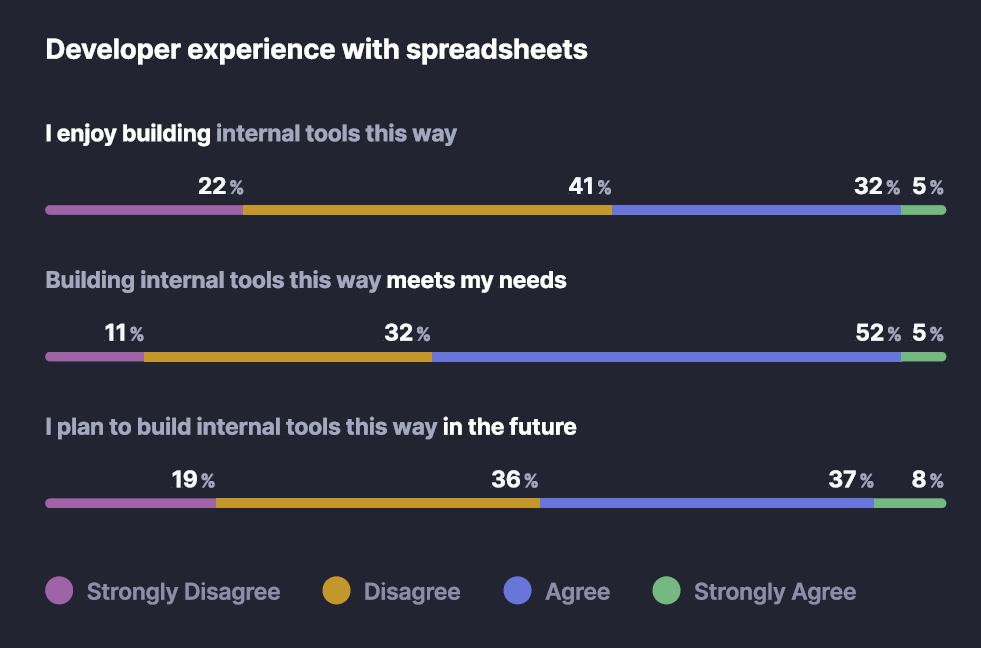 Dashboards, admin panels, data entry and customer support are the most common types of internal applications being built in the March 2021 survey, although vendors like Outsystems also assist with more mission-critical, enterprise-wide use cases.

Microsoft’s latest efforts with Power Apps is a reminder that one of the biggest obstacles to low code adoption is fear of vendor lock-in. Just because Office productivity suites are not currently a big deal does not mean a new monopoly may emerge. Make sure that the low code platform you use has a wide ability to integrate with other applications based on language, data type, API, etc.

Spreadsheets are often being used as a way to stage the integration of business processes with tools like Zapier. In these cases, are they a platform or just a glorified text editor for csv files?

Another way to think about lock-in is to assess how many integrations a platform can support. According to the survey, PostgreSQL is the internal database used by 47% of internal applications. Meanwhile, almost half (48%) of the applications utilize the GitHub API. Other third-party APIs that get connected are AWS (42%), Slack (37%), Stripe (32%), Twilio (23%) and SendGrid (23%). All are part of the infrastructure being used to manage the application itself.

Which external data source can be connected to low code applications is just one topic asked about in a live survey being conducted by Accelerated Strategies Group. We look forward to analyzing the results when they are published.

Spreadsheets have been automating business processes since VisiCalc’s introduction over 40 years ago. Yesteryear’s data analysts and accountants are today’s citizen developers. But this new influx of coders are not professional software engineers. Developers want everyone to know that. Unfortunately, that conflicts with the marketing goals of the low code vendors, which see spreadsheets as a kind of gateway drug — get business users interested, then start using your tool, then call in the professional developers when project demands become too big to handle. Perhaps that is too cynical, but the lines between spreadsheet, database and platform continue to blur so that Airtable and Google AppSheet end up being talked about as all three. 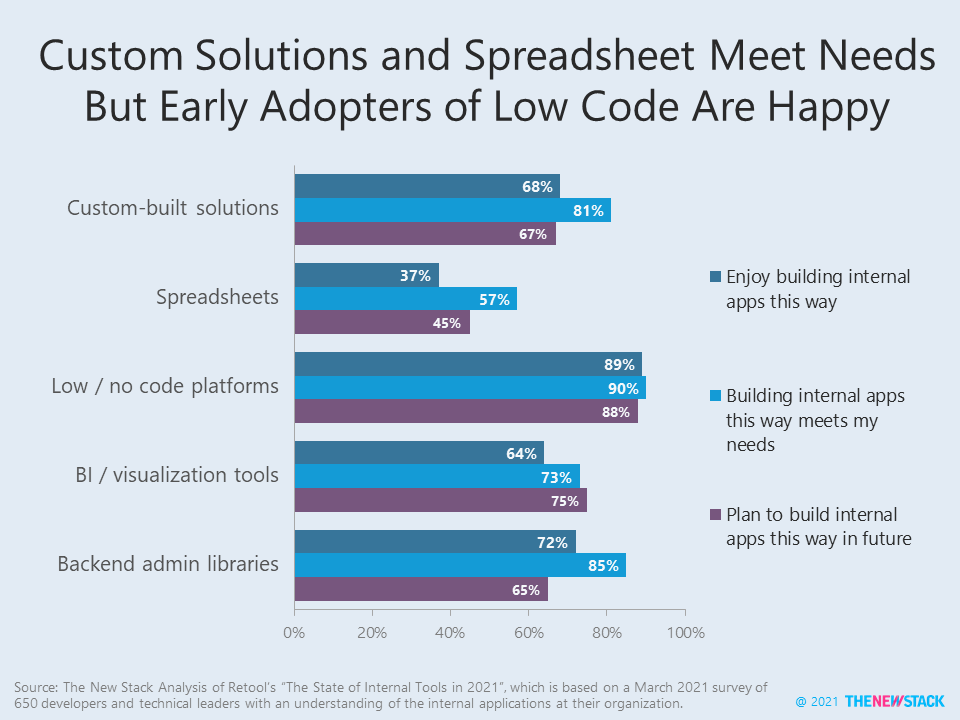