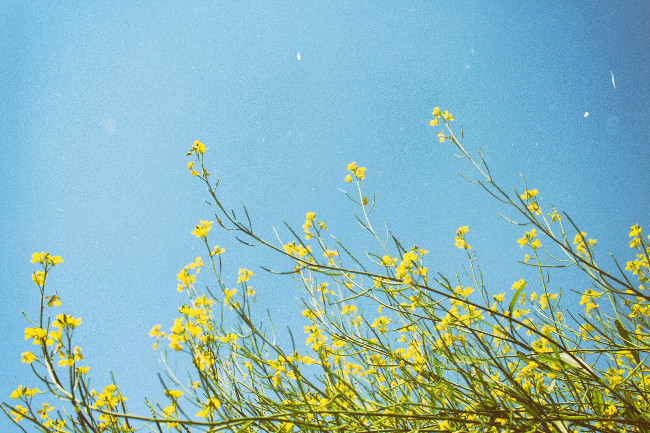 Photo by Larm Rmah on Unsplash.

It’s been a long strange trip for enterprise Java. Marketed as a panacea for enterprise development, the promise of Java’s type safety and memory management seemed to point to a future where Java would be the lingua franca of business.

Unfortunately for Java developers, Java 2 Enterprise Edition (J2EE), as the Java Enterprise Edition was originally called, was hampered by XML verbosity and complex configuration routines. It was designed by committee and voted on over time. Updates took years, and were written first as specifications, then implemented, then ratified into being. Only after all of this work was the code released to the public, and only then were the problems found.

Enter Spring framework. Originally created by Rod Johnson in 2002, Spring was designed by developers, for developers, as Spring’s designers were building the framework and based on developer feedback. It went on to capture a significant portion of Java developers.

In 2009, Johnson sold his company, SpringSource, to VMware, and for a time he walked away from the community and the business. SpringSource went on to form the basis of Pivotal, and today, it makes up a healthy portion of that company’s main line of business.

We caught up with Johnson at the SpringOne event in San Francisco last month, and discussed his new company, Atomist, and chatted about the current state of Spring, the future of continuous integration/continuous deployment (CI/CD), and just what went wrong with enterprise Java.

What problems were you solving with Spring back in the day that, perhaps, still exist today for developers?

I think the biggest problem back then was that everybody invented everything all the time. Back in that timeframe, 2001-2004, you had J2EE, which was borderline unusable. There hadn’t even been the open source frameworks like Struts that did some of the work and simplified things for you. There wasn’t even the concept of continuous integration. It was Make in every environment. The code you had to write was incredibly complex.

The next problem was that absolutely everything was ad-hoc. You had people using JavaC, even ANT was relatively new at that point in time. Clearly, the biggest pain point was that it was so hard to build applications.

Now you see automation has progressed a lot. Obviously, Maven solved the build problem in a way ANT didn’t, through the notion of a centralized repository.

You wanted to change something in J2EE, you’re going to sit in a room with people who specialize in sitting in standards bodies for IBM and Oracle.

There were good things about those days, too. One good thing was that you didn’t have many applications. Even by the early 2000’s, you had decent tooling for your monolith. You got to actually work on the code on your monolith in a consistent fashion. Now you can’t do that anymore. You don’t have one to five monoliths, you have one to 500 much smaller services. There’s a new class of problem where even if you have a decent pipeline for all those services, you’ve got a lot of stuff going on. People are collaborating in groups around those services and deployments are happening at different times for different services.

So I don’t think it’s been uniformly better: we’ve created some new problems as well.

This SpringSource event seems to be replacing JavaOne, which Oracle merged onto its main floor this year. Did you ever expect Spring to take over the Java community like this?

This is totally what I always envisioned for Spring. I absolutely dreamt of this. In fact, in the early years of Spring, I had to go a little quietly about this even with the Spring team: saying that J2EE should die. Even in the Spring team in 2004 not everyone would have been comfortable with that idea. If I said that in the community, it would have been wildly controversial. Now it’s finally happened. Oracle has pretty much given up on J2EE.

Should Java EE have been contributed to the Eclipse Foundation years ago?

Second, with a standards process, despite the fact people criticize spring for being “proprietary,” if you want to change something, you make a pull request; where if you wanted to change something in J2EE, you’re going to sit in a room with people who specialize in sitting in standards bodies for IBM and Oracle. You’re going to find your desire to live is severely compromised before you achieve anything.

I think, to be honest, that Oracle are doing a good job with Java. I really like what they’re doing with Java. I think having a strong body that controls Java and formality around the Java Community Process (JCP) makes sense, but it just didn’t work at the EE level of the stack.

Your new company, Atomist, is focused on the whole lifecycle of software, and uncovering all the information in the CI/CD and management process with overall management. Why did you choose this field for a startup?

In terms of the interesting aspects of CI/CD, we’re not directly going after CI. We’re not trying to replace Jenkins. What is really interesting is trying to fill in the overall pipeline, so more of the steps people do are automated, and secondly so that it’s easier to observe what’s happening.

What’s new and interesting out there? Seeing new language being used, like Go?

I haven’t seen a lot of enterprise use of Go. Having said that, maybe it’s partly selection bias. Java is doing really well. Kotlin is increasing significantly. Scala is doing OK, but I wonder if Kotlin is taking away the potential for its growth. I am massively enthusiastic about TypeScript. There is a ton of growth in Typescript as well.

TypeScript makes JavaScript twice as good, and that’s a conservative estimate. It takes an astonishing amount of things you need to do and means you’re going to be significantly more successful. In terms of impact, TypeScript is the most important thing right now possibly.

A 20 year veteran technology journalist, Alex Handy cut his teeth covering the launch of the first iMac. His work has appeared in Wired, the Atlanta Journal Constitution, and The Austin American Statesman. He is also the founder and director...
Read more from Alex Handy
SHARE THIS STORY
RELATED STORIES
Enriching Dev Experience with Speedy Continuous Integration 8 GitHub Actions for Setting Up Your CI/CD Pipelines How Yarn Workspaces Accelerated LinkedIn Code Delivery Interest Growing in Dart and Flutter for Mobile DevPod: Uber's MonoRepo-Based Remote Development Platform
SHARE THIS STORY
RELATED STORIES
Using DORA Metrics to Optimize CI Pipelines Enriching Dev Experience with Speedy Continuous Integration Kubernetes CI/CD Pipelines Explained Kubescape: A CNCF Sandbox Platform for All Kubernetes Security Building a To-Do App using GitHub Actions, Playwright, Next.js
THE NEW STACK UPDATE A newsletter digest of the week’s most important stories & analyses.
The New stack does not sell your information or share it with unaffiliated third parties. By continuing, you agree to our Terms of Use and Privacy Policy.