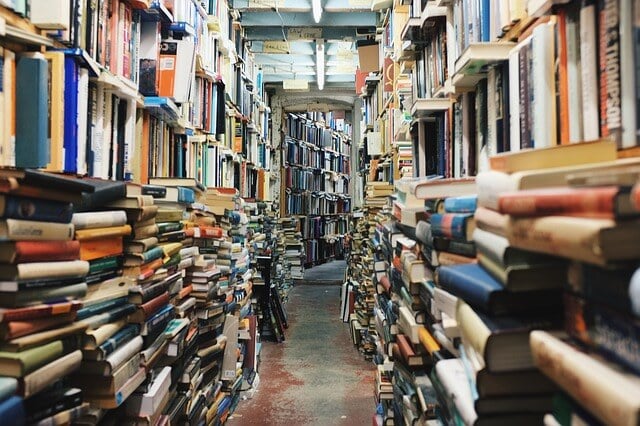 Stack Overflow is bringing gamification to the sometimes dreary labor of software documentation. On Thursday, the company launched Documentation, a new service that aims to document the workings of every software program not behind corporate firewalls.

Since its launch in 2008, Stack Overflow has become a wildly popular site for community-driven Q&As, amassing a content base of over 10 million entries that answer pretty much every conceivable question programmers might have about whatever languages or technologies they are using. This new product is the largest expansion the company has taken to date.

Documentation, now in beta, is built on the same construct; Stack Overflow is asking the developer community to share examples of processes they use regularly.

By throwing out the start the traditional chapter system of documentation, the designers have created a structure where knowledge is based around topics.

Key to Documentation is the breakdown of documentation requests into bite-sized units. The company is not requesting engineers to submit full documentation for every software – just one example of how to do one discrete function, linked to associated actions. These examples are key to what is new about Documentation.

By uploading a visual example showing how to do one function, then linking it to associated actions, the community will build accessible, usable, accurate and visible examples of software processes, the company hopes.

Just like Stack Overflow Q&A, Hanlon said, the submissions will be voted on so the best float to the top.

Also, the company is keeping the Q&A feedback loop, designed to let contributors see how much their submissions are helping others. The loop is designed to keep the informed how many people they’ve helped.

By throwing out the start the traditional chapter system of documentation, the designers have created a structure where knowledge is based around topics. Under the topics are sections for remarks, syntax, and examples.

It’s the examples section that Hanlon is most excited about, given that even the most well-documented software is light on examples.

To kick off the content flow, the company announced partnerships with major corporations that have partnered with Stack Overflow Documentation. Already on board: Microsoft, Intel, Paypal, Dropbox, Twilio, Meteor, Xamarin, PubNub, and Twitch. These companies are not planning on replacing their current documentation, but to add material to the community. 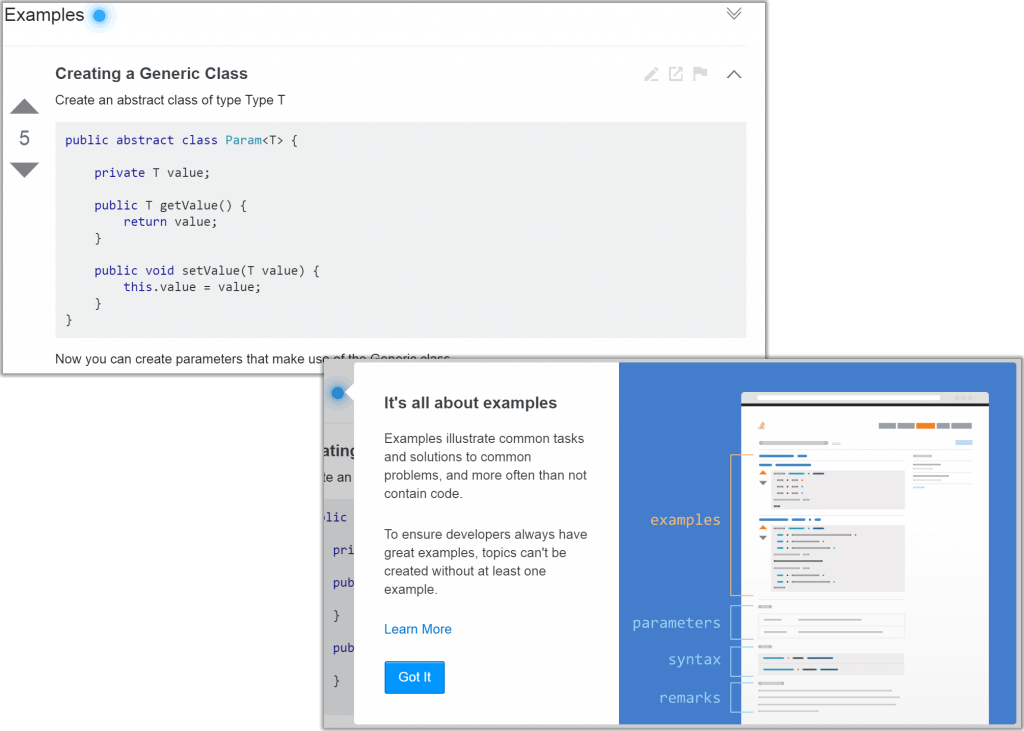 There is no start-to-finish documentation of the software planned for a couple of years. Stack Overflow is going to wait for the community to create documentation before looking at end-to-end flow.

Documentation will allow engineers to contribute to the Stack Overflow community. Hanlon talks to engineers around the country and one question he always asks is, “Do you contribute?” The answer is often no. Not only is there already so much content available, when new questions come in engineers that have been contributing successfully have the first chance to answer the question.

That changes with Documentation, which needs lots and lots of content. To sweeten the pot, the company will also offer badges and prizes. Contribute within the next four weeks, for example, will get a silver “Documentation Pioneer” badge, and be entered in a contest to win one of 100 Stack Overflow T-Shirts. Swag!

So if you’ve been itching to contribute to Stack Overflow, show ’em your best process and let the community vote you up.

TC Currie is a journalist, writer, data geek, poet, body positive activist and occasional lingerie model. After spending 25 years in software development working with data movement and accessibility, she wrote her first novel during National Novel Writing Month and...
Read more from TC Currie
SHARE THIS STORY
RELATED STORIES
How to Get Started Filling 3.4 Million Cybersecurity Jobs Entrepreneurship for Engineers: Avoiding Feature Bloat OpenAI, ChatGPT and the Next Age of 'Build'  Feature Flags Are Not Just for Devs Boost Customer Engagement with Real-Time Data
TNS owner Insight Partners is an investor in: Noble.
SHARE THIS STORY
RELATED STORIES
Entrepreneurship for Engineers: Avoiding Feature Bloat Streamline Event Management with Kafka and tmctl Crypto Winter Puts Dampener on Web3 Developer Growth OpenAI, ChatGPT and the Next Age of 'Build'  State of the API: Monetizing API Deployment Is on the Rise
THE NEW STACK UPDATE A newsletter digest of the week’s most important stories & analyses.
The New stack does not sell your information or share it with unaffiliated third parties. By continuing, you agree to our Terms of Use and Privacy Policy.