The 2022 results of the annual Stack Overflow Developer Survey are in! Over 73,000 developers from over 180 countries — with the top five responding countries being the United States, India, Germany, United Kingdom, and Canada — completed the survey.
Jun 27th, 2022 11:00am by Jessica Wachtel 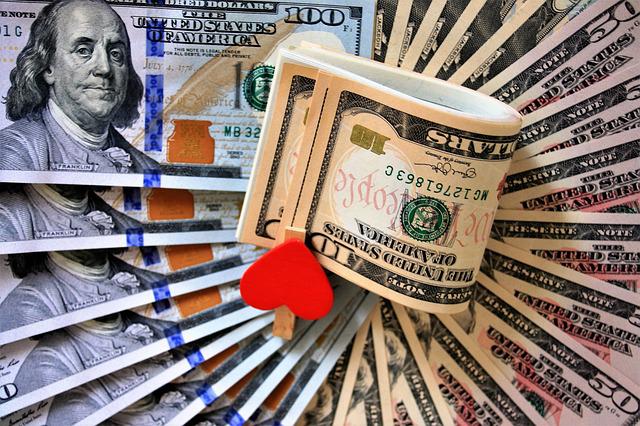 Feature Image by pasja1000 from Pixabay.
TNS Annual Reader Survey
We need your input! Take 5 minutes to chime in and help guide our coverage.
Begin the survey

The 2022 results of the annual Stack Overflow Developer Survey are in! Over 73,000 developers from over 180 countries — with the top five responding countries being the United States, India, Germany, United Kingdom, and Canada — completed the survey.

There were new questions added this year, making the time it took to complete the survey a little longer as Stack Overflow, a popular question-and-answer site for developers, wanted to create new lines of questioning without removing the older questions to continue tracking the data it was already tracking. Some of the newer questions included how and what coders choose to learn.

David Gibson and Ryan Donovon break down some of the results in a recent article. The full results from the developer survey can be found here. The results dataset will be released later this year.

Show Me That Money

However, consider the cost as Chef is also considered one of the most dreaded other tools. With annual median salaries of $87,948, $83,182, and $76,000 respectively, Apache Spark, Apache Kafka, and Hadoop make up the top three paid other frameworks and libraries category.

On average, median salaries increased about 23% between 2021 and 22 with Flow, COBOL, Couchbase, and IBM Cloud/ Watson seeing the largest salary increases year or year. Developers with colocation experience are paid more than developers with cloud-only experience.

Nearly 85% of the organizations represented in the survey have at least one remote worker. To further expand on that, 43% of organizations are fully remote and 42% are hybrid. The percentage of professional developers that list themselves as independent contractor, freelance, or self-employed rose about 5 points from 2021 to 16.6% while conversely, full-time employment percentages have fallen. The original article asks the question, “has the switch to remote work triggered a new wave of entrepreneurship as well?”

For the seventh year in a row, Rust is the most loved language with 87% of developers saying they want to continue using it. Rust ties with Python as the most wanted technology (meaning developers who are not currently developing with the language but would like to) with 17.6% of respondents expressing interest in developing with it, however, Typescript comes in a very close second place with 17% of respondents expressing interest.

How We Learn and What We Learn

Stack Overflow is a favorite. Only second to technical documentation with 88% and 86% of respondents using those resources respectively. This goes to show how important it is for companies to have proper, well-written documentation and an active community providing reliable solutions on Stack Overflow.

Udemy is the leader in online courses with 66% of respondents saying they use Udemy and Coursera coming in second but not a very close second as they are used by 35% of respondents.

The 2022 survey introduced a new section on what impacts work productivity, how often it happens, and how much time it takes from their day to which more than 36,000 developers answered. Stack Overflow states that it wants to “help the developer community start to quantify the impacts of the daily, invisible productivity frictions.”

Here are some of the takeaways.

Knowledge Silos: Most developers are experiencing some level of decreased productivity on a weekly basis. The 68% of respondents say they encounter a knowledge silo weekly. For people managers, the number grows to 73%.

Answers: About 46% of respondents spent more than 30 minutes a day answering questions and those numbers are significantly higher for people managers.

Two years ago the survey introduced the question of how respondents felt about searching for an answer and finding a purple link, or a page the user already visited. Would they revisit or not? Data experts say yes for 62% of regular Stack Overflow users (a regular user is defined as someone who visits Stack Overflow over five times in a three-month period). The original article says one of the Stack Overflow data scientists told the authors he visits a certain Stack Overflow question/answer once a month for further proof! 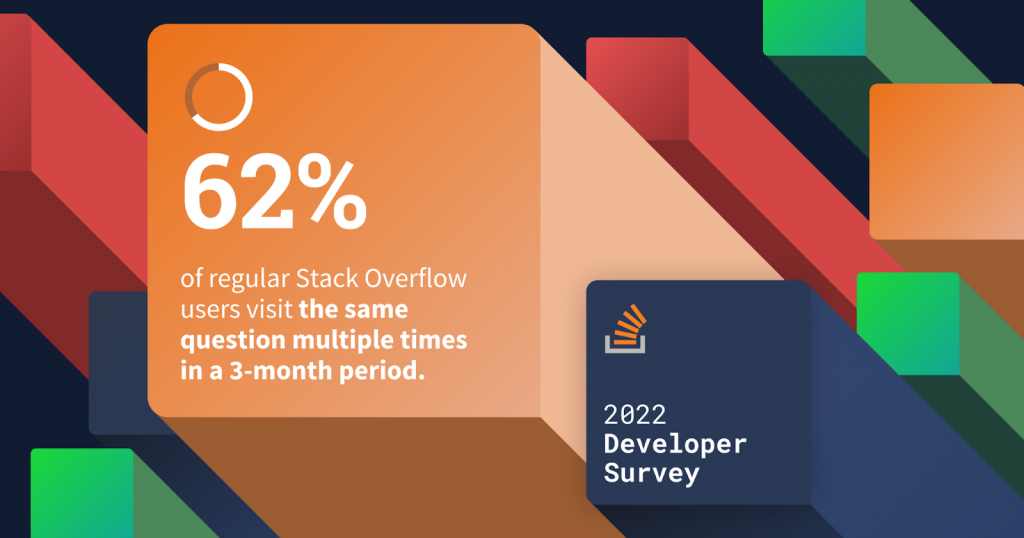