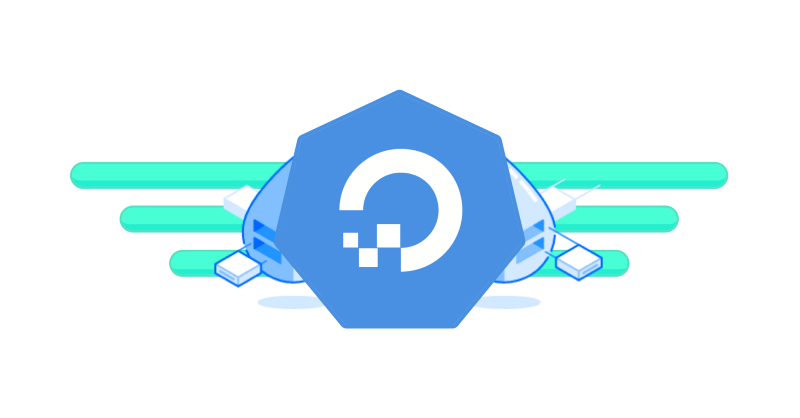 In effect, this establishes DigitalOcean alongside other cloud providers such as Amazon Web Services and the Google Cloud Engine as a cloud service that can support dynamic storage provisioning for Kubernetes.

This service can be used to provision multi-master, highly-available Kubernetes clusters. It provides a way for Kubernetes instances to be “upgraded, node auto-scaled, organized by node pools, while also allowing developers to quickly build out and manage a CI/CD pipeline to ship code faster into production,” the company asserts.

In these cases, a user would define a default storage class for a given cloud provider. Then, the user could put in a persistent volume claim, for say, 10GB, which StackPointCloud would then automatically provision on the cloud provider of choice.

One could already run StackPointCloud on DigitalOcean before. What this new service provides a native interface from within Kubernetes itself, Baldwin explained. Previously, users would have to build out their own overlay file system, perhaps using CephFS. “All of it was very manual on the user’s side,” Baldwin said.

DigitalOcean launched its SSD-based block storage last year. “This will enable customers to deploy a whole new class of applications with Kubernetes on our platform and make it possible to add persistent volumes to deployments,” said Joonas Bergius, Engineering Manager at DigitalOcean, in a statement. “Customers will also be able to make use of StatefulSets, which will take us one step closer to being able to run data stores on Kubernetes.”

StackPointCloud’s control plane was designed to allow organizations to run the Kubernetes container orchestration engine on public clouds. Users can log into the console through a variety of logging mechanisms, such as with their Twitter, GitHub, or Google Apps accounts. Once logged in, they are presented with a menu to deploy a Kubernetes-based cluster on AWS, Google Compute Engine and Google Container Engine, Packet, DigitalOcean, or Microsoft Azure.

In addition to cross-cloud deployment, StackPointCloud also offers lifecycle management services, such as setting up highly available clusters (using etcd), autoscaling, and working with HAProxy. Users can manage the upgrade of Kubernetes or etcd, or let the service upgrade this software automatically. They can add in additional third party resources, such as monitoring capabilities from Sysdig or Linkerd.

StackPointCloud developers worked with DigitalOcean engineers to build a native Kubernetes interface to the cloud service. The company plans to submit the code to the upstream Kubernetes project itself, which is managed by the Cloud Native Computing Foundation.

The Cloud Native Computing Foundation and DigitalOcean are sponsors of The New Stack.

Joab Jackson is Editor-in-Chief for The New Stack, assuring that the TNS website gets a fresh batch of cloud native news, tutorials and perspectives each day. He has logged over 25 years in infrastructure IT journalism, including stints at IDG,...
Read more from Joab Jackson
SHARE THIS STORY
RELATED STORIES
Securing Windows Workloads Can Observability Platforms Prevail over Legacy APM? How to Deploy Containers with nerdctl The Next Evolution of Virtualization Infrastructure Connect to Remote Docker Machines with Docker Context
TNS owner Insight Partners is an investor in: The New Stack, Sysdig.
SHARE THIS STORY
RELATED STORIES
What Is Apptainer and How Do You Install It on Ubuntu Server? How to Deploy Containers with nerdctl Deploy a Kubernetes Cluster on Ubuntu Server Using Containerd Install Dozzle, a Simple Log File Viewer for Docker Acorn, a Lightweight, Portable PaaS for Kubernetes
THE NEW STACK UPDATE A newsletter digest of the week’s most important stories & analyses.
The New stack does not sell your information or share it with unaffiliated third parties. By continuing, you agree to our Terms of Use and Privacy Policy.