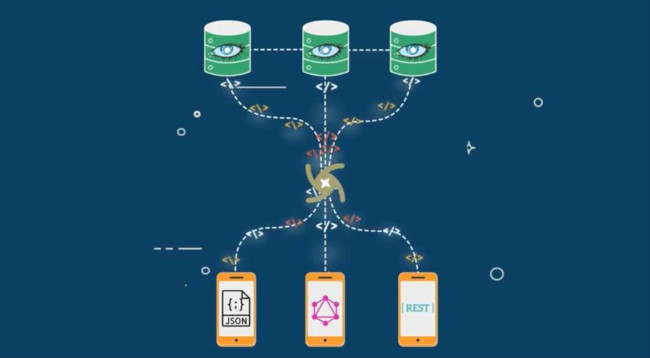 Over the past six months, DataStax has made a number of moves to make its open source Apache Cassandra more accessible. First, the company launched a cloud-based database-as-a-service version of Cassandra with Astra, taking away the pain of installing and managing your own database instance. Then, the company released K8ssandra, again taking aim at some of those same pain points, but this time with a focus on Kubernetes. Now, DataStax has said that Stargate, its open-source API framework for data introduced earlier this summer, is generally available and brings with it API access via REST, JSON, and GraphQL to Cassandra, wherever and however it may be run.

“We started off the year and asked why aren’t more people using Cassandra? The feedback is that, even though it is powerful, it’s challenging to run and it’s hard to develop for. Bringing it to the cloud, and bringing it to Kubernetes, made it easier to run, but we really wanted to make it a lot easier to develop for. To that end, we kicked off an open source project earlier this year called Stargate that brings the APIs that developers are using to the Cassandra world,” explained Ed Anuff, chief product officer with DataStax. “Introducing this key piece of open source, and having it live within our cloud service, makes it possible for any developer to be able to build, very quickly, modern full-stack apps, using these modern APIs.”

Stargate, available both on GitHub and in the cloud with Astra, serves as a data gateway, allowing developers to use the API method of their choice, rather than working directly with Cassandra. This allows them to not only move from one access method to another, for example starting with JSON during prototyping before moving to GraphQL, but also without having to worry about data modeling themselves.

“The developer just wants to go and store a JSON object. They want to stick it into the data store, into Cassandra, but they don’t want to get into the intricacies of data modeling. They don’t want to go and think about ‘Does this turn into a specific column within the database table?’ All of that mapping happens dynamically within Stargate,” said Anuff. “Stargate just hides that. For the power users, there’s configuration options, but most developers don’t have to deal with any of that. They just store the data in there, they can retrieve it, it’s all very natural.”

Anuff explained that a common tension point when it comes to picking a database is between the database team and the developers, who come from different directions. Stargate and Astra, he said, offers a solution that pleases both parties.

“The platform team says ‘We want to use something like Cassandra, we need something that is proven to globally scale.’ The front end team typically says ‘We want to use something like Mongo or Firebase, that gives us that developer ease of use.’,” said Anuff. “Now with Stargate, they’ve got a solution for it, because Stargate is just as easy to use from a developer standpoint as a Mongo or a Firebase, but it’s running on top of Cassandra, which gives you global scale. It lets you basically have that global scale global reliability, but with an easy developer experience with REST and GraphQL APIs that let your developers just build and ship their apps without having to struggle with the database.”

DataStax is also launching the beta of Astra Serverless offering a pay-for-what-you-use model of Astra that Anuff said should be generally available early next year. Alongside its financial benefits, Astra Serverless also scales dynamically, allowing users to move forward without having to plan out their storage requirements.

While an immediate target audience for Stargate might be JavaScript developers, Anuff explained that it quickly became clear that backend developers, especially those using microservices, were interested as well.

“When we built Stargate, we designed it to be extensible with the idea that we would have multiple APIs over time. One of the things that you’ll see very soon is gRPC,” said Anuff. “In particular for microservices, people are looking for a very high performance protocol, and that’s where gRPC comes in. It’s not as expressive as using something like REST or GraphQL, but for microservices that really care about performance, it’s really emerging as the primary standard.”

Alongside gRPC, the company points toward streaming and events as areas it plans to expand to in the near future.