Atom's cold atom approach uses lasers to “trap” atoms to use them as qubits. Where classical computing offers bits that can have a value of 0 or 1, quantum qubits can be 0, 1 or both.
Jul 30th, 2021 9:03am by Jeffrey Burt 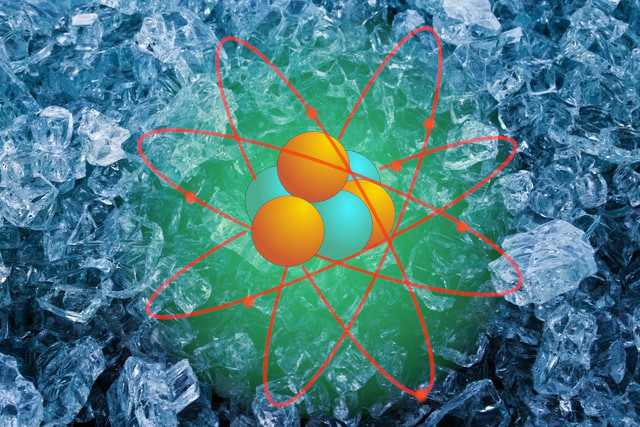 Count Atom Computing as another in a growing list of startups that has built a quantum computer.

Atom recently unveiled its first quantum computer, dubbed “Phoenix,” a 100-atom system. The Berkeley, Calif.-based company, founded in 2018, also said that it had raised $15 million in Series A funding from venture capital firms Venrock, Innovation Endeavors and Prelude Ventures, and named former Lenovo and Intel executive Rob Hays as its president and CEO.

The quantum computing space is still in its infancy, but it’s a field that holds enormous promise in such areas as artificial intelligence, pharmaceuticals, financial services and bioinformatics. Statista is projecting the market will grow from $472 million this year to more than $1.76 billion in 2026.

The burgeoning quantum computing space is replete with big names — think IBM, Google, Microsoft and Honeywell, among others — that are working both the hardware and software sides of the field and some lesser-known companies like D-Wave and Rigetti that have been in the space for years.

However, Atom and other startups harbor ambitions about carving spaces for themselves in a nascent market that could have a resounding impact in the IT industry, enabling super-fast calculations that are currently impossible with modern computing capabilities. In this space, startups are looking at methodologies and other factors to gain traction in the field. There are several methodologies being used in the market, from superconducting to photonics to ion trapping.

Atom is among three such startups in recent weeks to have made news that illustrates the strides such companies are making as well as the amount of interest and investments the quantum space is drawing. Two weeks earlier, ColdQuanta, a 14-year-old company based in Boulder, CO, announced a 100-qubit (quantum bit) computer (called “Hilbert”) using its cold atom methodology, which is similar to Atom’s technology.

Also this week, PsiQuantum, a five-year-old company headquartered in Palo Alto, CA, announced it raised $450 million in Series D funding from investment firms that included M12 — Microsoft’s venture fund — bringing the total amount raised since its 2016 founding to $665 million. PsiQuantum officials last year said the company had begun manufacturing the silicon photonic and electronic chips that will be the foundation of its Q1 system, a fault-tolerant quantum computer that they said will sport more than 1 million qubits.

Atom and ColdQuanta are both using versions of cold atoms, using lasers to “trap” atoms to use them as qubits. Where classical computing offers bits that can have a value of 0 or 1, quantum qubits can be 0, 1 or both.

ColdQuanta’s method involves trapping cesium atoms in a grid of laser light, holding them in a vacuum cell and cooling them to a sub-5 microkelvin temperature. Atom leverages Strontium-87 atoms, trapping them in a vacuum chamber and manipulating their quantum states with lasers, Hays told The New Stack.

“If you looked at the equipment, you would say they look the same,” he said. “We’re using a lot of the same building blocks to build the machine, but the base material that we’re going to keep inside is different and therefore the behavior of it is a little bit different. But again, I would put us in the same macro category for the approach.”

Where Atom has an advantage over competitors is in the stability and coherence of the atom, Hays said. Qubits are notoriously fragile and can easily flip from one state to another from even slight environmental interference. It’s why they have to be kept so cold; Atom’s Phoenix system can keep them at a sub-kelvin level. The approach Atom takes — in the material it uses, the lasers it uses to trap and manipulate the atoms and the vacuum chamber used to hold the qubits — means the qubits can hold their state longer than through other methods, with Hays suggesting it can be measured in seconds rather than milliseconds.

“That becomes a very key advantage, because as you use these qubits to do calculations or computations, you want to read and write them in a time frame that you know the answer you’re reading back is the state that you intended it to be and it didn’t fall out of coherence,” the CEO said. “We believe that we have coherence times that are so long … the computation happens so much faster than the coherence or the decoherence occurs. But you don’t really have to worry about coherence.”

Atom will use Phoenix internally and with some customers and partners, running tests and beginning to develop software for it. The company has already begun to pull together its second-generation system — something the $15 million funding will help — with an eye toward customer use for revenue in late 2022 or early 2023.

There’s still a lot that needs to happen in the quantum computing space. There’s no error correction and fidelity is only in the two to three nines, Hays said. But over time, error correction will be added and the systems will become more reliable. On the hardware side, companies will add more qubits, they will be more stable, and companies will continue pursuing different methodologies.

Quantum currently is dominated by open-source software such as Qiskit and Q Sharp and Hays expects to see it evolve along similar lines as the AI space, where cloud services providers and larger players put out developer kits. There are some companies like Zapata and QC Ware that already are making software from quantum systems.

In quantum computing, “the developer kits have some libraries of algorithms,” Hays said. “They have gates in them, and developers can go build their programs based on these basic building blocks. Then companies like us will put hardware underneath and make sure that our software plugs into all that so you can run those applications on our hardware or other people’s hardware. It’ll all evolve in that way.”

A key difference from how classical computing evolved will be that quantum as a default will be offered as a service. If a government lab or a large enterprise wants to buy a system for their own data center, that will happen, but that won’t be how it works for most, Hays said.

“The primary business model is to work with the software ecosystem to figure out how to offer a solution stack as a service,” he said. “We’ll have to figure that out because Microsoft Azure and Amazon Web Services and [Google Cloud Platform] and all those guys will be in the mix. We’ll seek to work with them to offer our platforms through their services as well as through our own first-party cloud. Then we’ll figure out, are they the aggregator of the software and the hardware inside their ecosystems or do we aggregate that and offer that as a software solution through them? We don’t have answers to those questions yet, but I think the only thing we do know is as-a-service will be the default.”

Jeffrey Burt has been a journalist for more than three decades, the last 20-plus years covering technology. During more than 16 years with eWEEK and in the years since as a freelance tech journalist, he has covered everything from data...
Read more from Jeffrey Burt
SHARE THIS STORY
RELATED STORIES
It Happened to Me: How I Suddenly Owed AWS $13,000... Why Trust and Autonomy Matter for Cloud Optimization Google Makes Postgres-Compatible AlloyDB Generally Available How Jit Builds a Platform Engineering Mindset in the Cloud Coherence Strives to Streamline Cloud Developer Experience
Amazon Web Services and IBM are sponsors of The New Stack.
TNS owner Insight Partners is an investor in: The New Stack, Prelude.
SHARE THIS STORY
RELATED STORIES
Build a Churn Detection Train with AI Blueprints AWS Inf2: A 12-Chip System for Large-Scale ML Production It Doesn’t Matter How Much You Spend on AWS Multicloud vs. Hybrid Cloud: Key Comparisons and Differences Coherence Strives to Streamline Cloud Developer Experience
THE NEW STACK UPDATE A newsletter digest of the week’s most important stories & analyses.
The New stack does not sell your information or share it with unaffiliated third parties. By continuing, you agree to our Terms of Use and Privacy Policy.