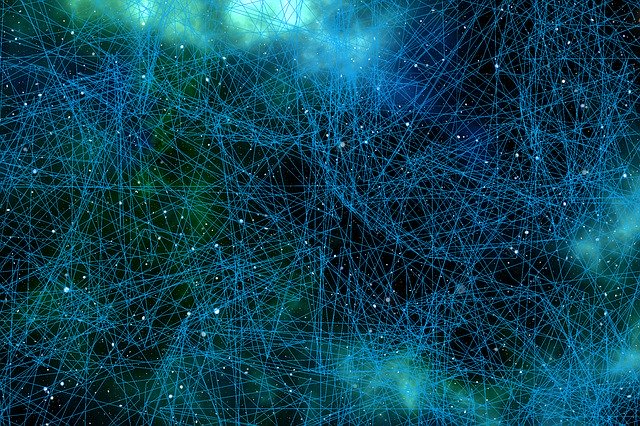 There’s a whole new realm that the network is expected to accomplish with the newest architectures, according to Stateless, a Boulder, Colorado-based company that’s been rethinking networking.

It has set out to make managing the network simpler, providing a platform that can evolve as needs change and that can scale as its customers — colocation operators and network service providers — take on challenges including 5G, IoT and cloud.

Its latest venture is teaming up with Intel to combine its Barefoot Tofino P4 Ethernet switch with the Stateless Luxon software to provide programmability deeper into the switch. Intel acquired Barefoot Networks, the creator of the protocol-independent P4 programming language for networking devices and the Tofino family of Ethernet switch ASICs last June.

“To maintain a competitive advantage, businesses require fast, easy connections to the cloud, support for numerous interconnects and the ability to deploy a diverse array of new applications quickly. Today it often requires intricate engineering and new hardware and takes months for a business to deploy a single cloud application,” co-founder and CEO Murad Kablan has said. Stateless aims to change all that.

Its customers are looking to provide multitenancy and multitiered multitenancy — hundreds of thousands of users all on the same cluster. DevOps shops might want to spin up a network and connection, and then remove it in a couple of hours rather than wait six weeks for the IT department to set it up. Customers want flexible elastic capacity — the cloud experience of being able to consume resources as needed and to be able to run in tandem with old technology without having to rip and replace.

“Enterprises have grown accustomed to controlling infrastructure through software in the cloud age, but the network has been relatively slow to catch up to that trend,” said 451 Research senior analyst Craig Matsumoto. “Stateless Inc.’s move to add P4 programmable switch technology to its Luxon platform provides high-level network control and allows users to more easily build software-configurable networks.”

Kablan and Eric Keller launched Stateless in 2016 based on their research in the Electrical, Computer and Energy Engineering Department at the University of Colorado.

Using its software-defined interconnect (SD-IX), Stateless enables colocation providers and data center operators to dynamically deliver routing, security and automation services to network interconnection points through software. It provides them the ability to control and connect every endpoint through APIs, including portfolio data centers, tenant sites and hyperscale clouds.

Stateless runs on commodity x86 servers along with the P4 switches and Luxon software.

It’s been tricky to attain the right balance of hardware and software with networking. Traditional networking equipment relied on hardware for speed, though it was inflexible, according to Simon Wheeler, director of product management at Stateless. Meanwhile, software-defined networking provides flexibility, but is slower. Network functions virtualization (NFV) was software built like a hardware appliance, with all its associated limitations. And while it can run on commodity x86 servers, it requires tight control over specific types of hardware, he said.

“We went down the cloud native application approach using a microservices environment. In order to do this, we have to employ a scale-out cluster or a horizontally scalable cluster,” Wheeler said.

This pools resources of compute and storage and RAM. That pooling of resources and the elastic usage of it helps mitigate the slowness of software and increase the speed, he said.

Yet there was still a hardware dependency involving SDN switches using OpenFlow, a multivendor standard defined by the Open Networking Foundation (ONF).

“What we realized was that we would have to program OpenFlow all the way, really down to the ASIC, and we weren’t able to do that. And the flexibility that we needed, wasn’t there,” he said. A number of its colocation provider customers are interested in both VLAN and VX LAN as transport protocols, while OpenFlow doesn’t support VX Lan.

“It gives us a far greater capability and flexibility through software to add new features, remove unused protocols, but also critically for the networking industry, to give greater visibility of traffic as it goes through the switch itself,” Wheeler said.

With Luxon, it’s able to tag packets, for instance, as they pass through this switch, providing enhanced visibility and capability to enforce quality-of-service limits, “which is something that has been unheard of, especially for colocation providers,” he said.

“With P4, Stateless can perform very fine-grained control of packet flows, including load balancing, QoS, both across network functions, and across network tenants,” he wrote in a blog post.

“P4 and Tofino have given Stateless the tools we needed to reinvent network functions from the very bottom up, including both network function architecture and the control and data plane adaptations to take full advantage of the capabilities of modern software design.”

Decoupling from state is central to the Stateless approach. Rather than each network function having to keep track of all the traffic, it uses a distributed data store that provides that information to stateless network functions through a microservices architecture. The functions can then be decomposed into individual components that can be operated through orchestration. That enables clients to provide a platform where tenants can define their custom networks while the work of launching and managing the interconnections is automated behind the scenes.

Users can create any number of individual network services for interconnections or combinations of security services, data encryption, routing and more.

At GA last September, the company announced interconnect service chains that enables customers to mix and match any of the service functions, including security services like packet filtering or encryption or different versions of routing.