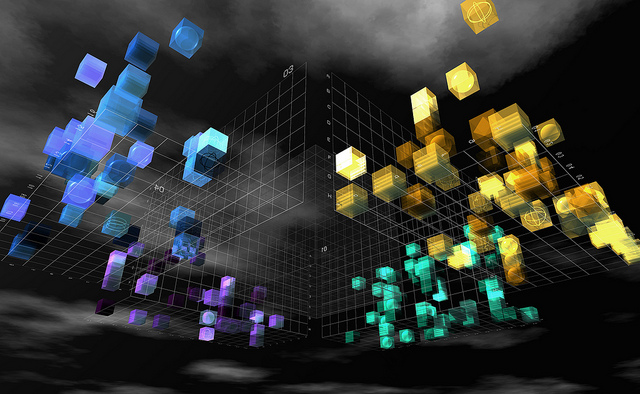 Stealth-mode enterprise data storage startup Qumulo still hasn’t announced its first product, but is gearing up to do so with a just-closed $40 million Series B funding round.

In effect, it’s a reunion of the cast from scale-out NAS storage vendor Isilon, which EMC acquired in 2010 for $2.5 billion. Along with CEO Peter Godman; Neal Fachan, vice president of engineering; CTO Aaron Passey and others, Isilon founder Sujal Patel is joining the new company’s board, along with Wen Hsieh, partner at KPCB, and Matt McIlwain, managing director at Madrona Venture Group.

“We’ve had a really positive initial response to the product we’ve built, and we’re raising this money because we’re ready to really get serious about go-to-market – build out sales and marketing and really get rolling,” Godman said.

“We had been in the unique position of having been in one storage revolution—[the founders worked on Isilon’s OneFS distributed file system] —and Neal and Aaron having participated in highly scalable databases, it’s about marrying those two technology areas into one storage product that is really good at helping people understand their data footprint. If you think about a bank safe that’s really great at telling you about your investment accounts or whatever.”

Founded in 2012, the Seattle-based company raised $26.8 million in its first year and has conducted around 600 interviews with companies to understand how they use storage on a day-to-day basis.

“What we learned about it really surprised us. The problem we worked on at Isilon was how to scale storage itself. How to take little buckets of data … and turn that into one giant bucket that you can scale indefinitely,” Godman said.

“We learned when we talked to people that everyone who had a big bucket had the same-ish problem – and that problem didn’t have anything to do with having a big-enough bucket – it was keeping track of everything inside that bucket. Those people who had previously stored a terabyte of data were now storing hundreds of terabytes or a petabyte or 10 petabytes. … The enormous sprawl of data just became really, really difficult for companies.”

At the same time, companies were looking to gain insights from their data, but their systems were slow or inadequate to the task.

Qumulo has had a product in production with partner companies for five or six months – in one instance for more than a year – with no outages and no data loss, Godman said. While most infrastructure companies are still operating on a release cycle measured in years, Qumulo has been releasing a new build every two weeks, with company feedback appearing in modifications within four weeks.

Its product also is designed for commodity hardware.

“Our software can run in a virtual machine context, software-only context, it could run in a cloud instance context or an appliance context. … We expect the future to be one where information technology continues to be complex—on premises, public cloud and all sorts of different operating environments. The storage technologies that win in the future will be ones that don’t care about where they’re actually running,” he said.

The company has about 90 employees and will be growing rapidly in the next year, Godman said. While he’s not ready to name the company’s product, customers or reseller partners – it will be totally sold through resellers – he says that will be announced “very, very soon.”

Investors have been pouring about a billion dollars a year into enterprise-storage startups, Simon Robinson, a research vice president for storage and information management with 451 Research, told Fortune magazine.

That article notes that KPCB has invested in DataStax and PernixData as well.

“Tremendous CPU power can now be had rather cheaply, and used to deliver in-line capabilities like data deduplication that formerly required low-level hardware support.  Flash in its many forms has helped accelerate this trend too, as a software-based storage solution leveraging commodity flash hardware to deliver performance greater than traditional HDD-based arrays.

At the same time, software-defined storage represents a challenge to existing storage vendors, as more players are finding it easier to enter the game, offer more value, and drive down the price per gigabyte, he said.

“We expect competition to further heat up this year as the software-based approach enables developing advanced data insights, storage-side analytics, and use cases around the data and metadata that’s being stored.  Instead of just persisting data, expect to see storage solutions offering rich data-powered perspectives and even storage-side data processing natively.”