StepZen launches GraphQL Studio, a "GraphQL IDE" that gives developers a web-based graphical user interface where they can roll together several APIs, which can then be accessed by a single GraphQL endpoint hosted by StepZen.
Nov 17th, 2021 4:00am by Mike Melanson 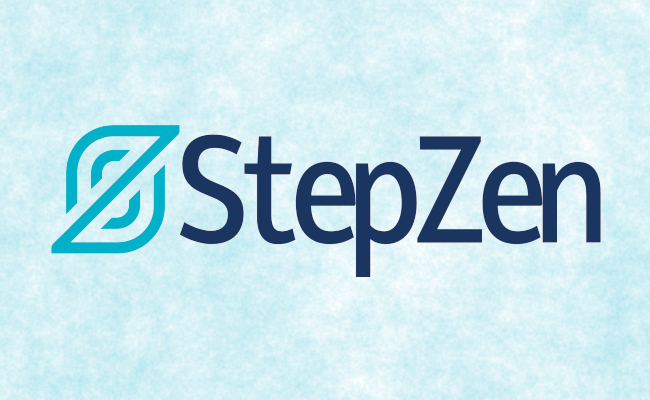 By now, you’ve likely heard about GraphQL and its numerous benefits, but the path to adoption may seem laborious and fettered with manual migration tasks, such as the need to define a graph and operate a GraphQL server. StepZen, a startup launched last year by former members of the API management platform Apigee, helps with the move to GraphQL by providing developers with a managed GraphQL service that simplifies the process of fetching data from numerous sources.

Now, StepZen has followed up their initial launch with the release of its GraphQL Studio, a tool it refers to as a GraphQL IDE that offers its users dozens of preconfigured APIs from “content management systems (CMS), eCommerce, social media, developer productivity tools, and even data stores like Airtable” that can be mixed and matched and accessed again via a single endpoint.

According to StepZen head of product Bill Maggs, StepZen is stepping in at the tail end of a 20-year transition, wherein companies like Cloudflare and Netlify have transformed how frontend content is delivered, while the backend operates pretty much the same way as it did 20 years ago.

“There’s usually some huge datastore, some big MySQL database, it’s pretty centralized, and it’s more or less the source of how you make your money,” said Maggs. “I mean, the buttons and the HTML and CSS are nice, but it’s the data that actually powers what applications do, and the guy that founded this company said, look, we’ve got to make it as easy to build and deploy the backends as we do the frontends.”

In a world of REST APIs, GraphQL was the answer they were looking for, said Maggs. StepZen provides a single GraphQL endpoint from which you can call multiple APIs, even legacy REST APIs, handling functionality like error handling, caching, return logic and path optimization along the way.

“GraphQL is changing this 20-year investment in REST APIs. There are 100,000 REST endpoints out there that people have built, more or less on the model of the internet. You make an HTTP call, and you get stuff back, and you don’t really have control over what that is,” he said. “Graph QL gives you control, it gives you the ability to be declarative, to do the things that frontends do only for all that data.”

GraphQL Studio further helps with this transition by giving developers a web-based graphical user interface where they can roll together several APIs, which can then be accessed by a single GraphQL endpoint hosted by StepZen. Currently, GraphQL studio comes with 35 pre-configured data sources, and StepZen will either provide mock data, so users can explore schemas, or will allow users to provide their own API keys to retrieve real-world results.

Maggs explained that, with StepZen, users can also make API calls in sequence, allowing them to take data from one API call in order to use that to retrieve data from the next. StepZen GraphQL Studio also comes with several pre-configured API combinations to showcase this functionality. For example, the “Local Currency by IP” combination uses an IP finding service to get geolocation, and then another API to determine the currency at that location.

In addition to GraphQL Studio, StepZen has also launched JSON2SDL.com, an introspection tool that transforms JSON data to Schema Definitition Language (SDL), again focusing on this transition from REST to GraphQL. Maggs said.

“Almost every REST API in the world, when you ask for it, the response predominantly comes in the form of JSON. I would say that the incredible success of REST APIs in the world is not really based on the REST principles, it’s based on the fact that JSON has just become the universal lingua franca of how computers talk to each other,” he said. “When that JSON comes back, it’s very, very difficult to sort out what it means and what it looks like.” JSON2SDL, then, “takes all this JSON and turns it into very structured SDL, that more or less tells you what the shape of your data is,” he added.

Right now, JSON2SDL is a copy and paste tool, but soon StepZen plans to wrap this functionality into its primary tool, allowing developers to add their own data sources alongside third-party APIs, all of which will again be available via that single GraphQL endpoint.

“We’re going to make it so that you just show up, you push a button, you give us access, you basically say, ‘I want to make an endpoint that will power my application, here’s the five, six, seven things, half of them are mine, half of them are third-party, put them together’ and they’re one endpoint. It’s yours. You have complete security of it, and control of it, and it’s done automatically, and that’ll be rolled out over the next couple of months,” said Maggs.

Mike is a freelance writer, editor, and all-around techie wordsmith. Mike has written for publications such as ReadWriteWeb, Venturebeat, and ProgrammableWeb. His first computer was a "portable" suitcase Compaq and he remembers 1200 baud quite clearly.
Read more from Mike Melanson
SHARE THIS STORY
RELATED STORIES
Twitter Leak Shows How Important API Security Remains in 2023 Improve the Quality of Your APIs with Spectral Linting 5 Software Security Goals All CTOs Should Prioritize Platform Engineering in 2023: Dev First, Collaboration and APIs Pro Coders Key to Stopping Citizen Developer Security Breach
SHARE THIS STORY
RELATED STORIES
5 Ways to Improve Your Web Application and API Security Improve the Quality of Your APIs with Spectral Linting Crossplane: A Package-Based Approach to Platform Building Planning User Roles for Your Application How to Overcome Challenges in an API-Centric Architecture
THE NEW STACK UPDATE A newsletter digest of the week’s most important stories & analyses.
The New stack does not sell your information or share it with unaffiliated third parties. By continuing, you agree to our Terms of Use and Privacy Policy.