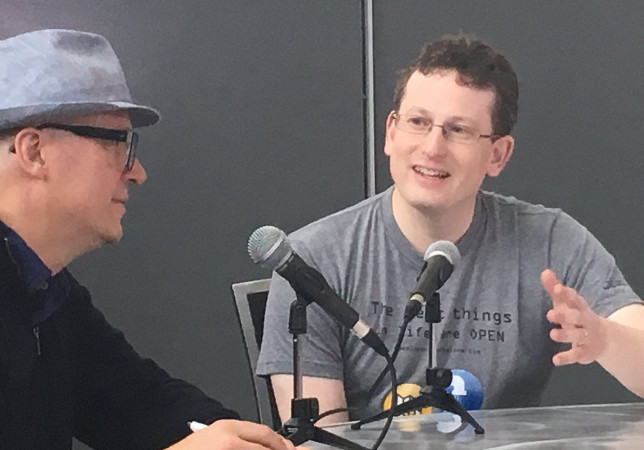 LGTM does not come pre-configured for being bolted into certain implementers’ existing tool chains. Now, as it is a general-purpose project, perhaps no one should expect it to be configured this way. But then what’s the purpose of the open source development process if not to open up integration capabilities to implementers?

At the last OSCON conference, Capital One lead software engineer Jon Bodner tells the story of how LGTM’s principal developer gave his team his blessing to produce a fork that adds functionality that may be more specific not just to Capital One or another financial institution, but any organization of its magnitude.

“When you have pull requests, you want to make sure there’s been some sort of code review, that somebody’s actually checked to make sure that you’re merging in something that’s been validated,” Bodner explained to The New Stack’s Alex Williams. “And oftentimes people see pull requests, they merge it, they’re done. But you don’t really know who’s doing that merging. It could be the same person who did the pull requests in the first place. And at bigger places like Capital One, you want to have some sort of control over the process.”

Learn more about how Bodner’s efforts could lead to a more role-based, policy-oriented request management system, in this edition of The New Stack Makers podcast from the last OSCON in Austin, Texas.

1:00: Bodner’s presentation at OSCON 2017.
5:33: Capital One’s internal open source process.
9:18: How Capital One uses Boolean logic.
13:47: What iterative patterns Capital One is building upon.
14:48: What gaps Bodner is seeing in the software development process.
16:42: How Capital One captures knowledge for its future projects long-term.