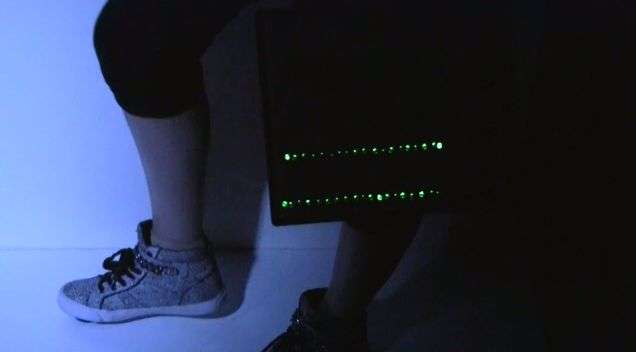 Our daily lives are increasingly dependent on an ever-changing pantheon of devices — smartphones, laptops, tablets and wearables — all of which are in turn dependent on some kind of battery to power them through the day. But once those batteries run out of juice, then one has to go through the bothersome process of plugging these devices in somewhere for several hours.

Thankfully, researchers are working on more convenient alternatives, from exploring ways to enable devices to harvest power from ubiquitous WiFi signals, radio waves, or even thermoelectric harvesters that use body heat.

Now, a joint team of scientists from Georgia Institute of Technology and several universities in China have developed a flexible nanogenerator that can harvest the ambient mechanical energy of everyday movements like walking or swinging one’s arms and convert it into electricity.

TENGs are not new though: lead researcher Prof. Zhong Lin Wang and his colleagues at Georgia Tech developed a rigid TENG back in 2012, but they note that in general, these unbendable devices have “confined stretchability, limited deformable ability, and restricted scalability, which cannot satisfy the requirements imposed by the rapid growth of deformable and stretchable electronics.”

But this could all change with the team’s latest development, described in their paper as a stretchable, pliable version of these energy harvesting devices, which could power the next generation of wearables and prosthetics.

“The key difference of this work from our previous work is using a conductive liquid instead of a conductive solid as part of the TENG,” Wang told IEEE Spectrum. “As a result, the entire structure is fully flexible, adaptable, and can fit to any geometrical surface.”

The team is calling their latest development a “shape-adaptive” TENG, or saTENG for short. To create the new shape-adaptive triboelectric nanogenerator, the researchers combined a liquid-based electrode with an elastic, polymerized cover. The rubbery cover was dry-etched with a plasma torch to create nanorod structures on its surface, increasing the amount of surface area in order to boost the overall triboelectric charge. The liquid that is enclosed inside the rubber material can be any conductive fluid — water or even liquid metal.

Using this set-up, the team employed both plain tap water and a salty solution as electrodes, which were chosen because they are relatively abundant, inexpensive, renewable and eco-friendly.

To demonstrate the nanogenerator’s efficacy and ability to deform to almost any three-dimensional and curvilinear surface, the team then mounted the saTENG to the underside of a participant’s shoe, using tap water as the electrode. As this person tapped their shoe, they were able to light up a series of LED lights. 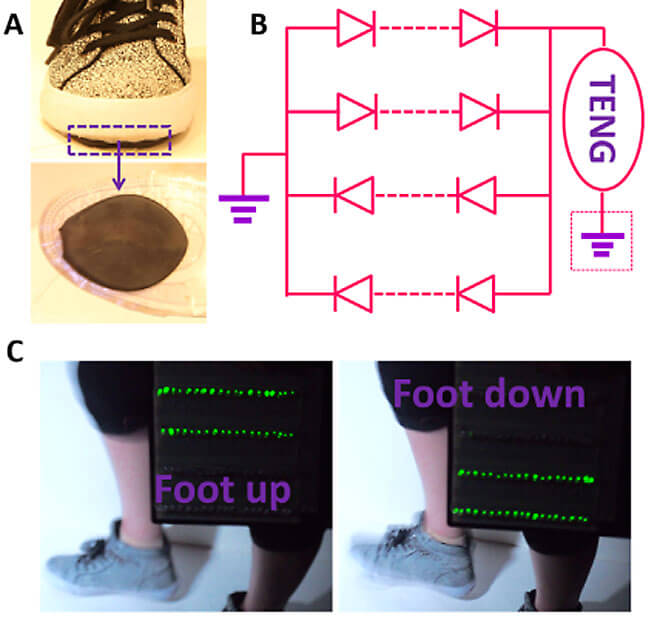 To create a scenario similar to a self-powered, health-monitoring wearable device, the scientists also tested out a bracelet-shaped version of their saTENG prototype, and found that when a person moved or tapped their arm, the movement was enough to light up 80 LED lights. In both experiments, the researchers found that they could warp the nanogenerator up to an impressive 300 percent without any noticeable loss in performance.

In another test that could herald a new way to harvest energy from water, they extended the saTENG to take energy from a larger area, and formed it into something similar to a rubber plumbing tube, using flowing water as the electrode. When the rubber tube was tapped, electrical output signals were generated — a hint that perhaps someday, any household item that can contain water might made to provide small amounts of electricity. 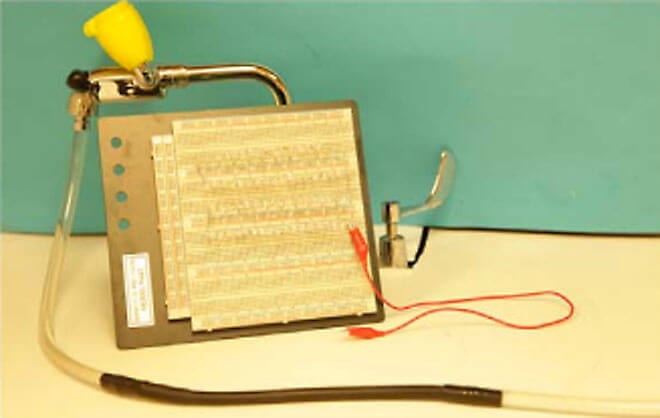 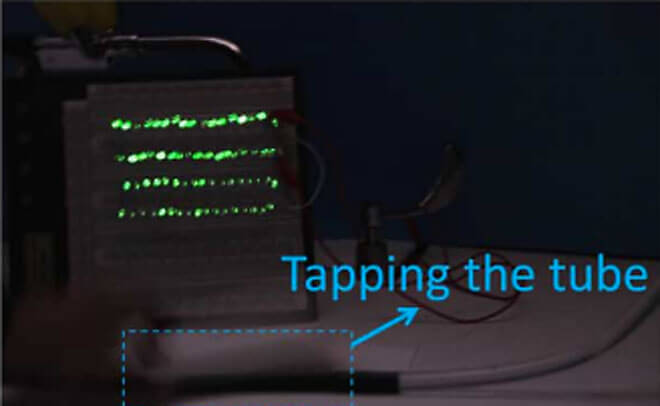 The researchers note that their saTENG has a relatively high energy conversion efficiency, and are cheap and easy to produce. The TENGs in these experiments cost only about 50 cents per unit to make. Flexible nanogenerators like this could be used in many fields, in robotics, and also in the entertainment and tourism industries. In science and architecture, they could be used to power sensors for detecting chemicals, measuring pressure, sound and temperature.

Most importantly, they could help advance medicine significantly, where they could replace unwieldy medical equipment with self-powered, stretchable sensors for monitoring biomechanical motion, or as part of implants that track chronic health conditions like diabetes. The team is now aiming to increase the power output of these flexible and versatile nanogenerators, and it’s an exciting prospect to think that these devices may someday form the foundation for a new kind of sustainable energy, taken from the smallest of movements.