Striim's co-founders set out to tackle the challenges of data integration across multiple systems, both on premises and in the cloud.
Jun 16th, 2021 2:22pm by Susan Hall 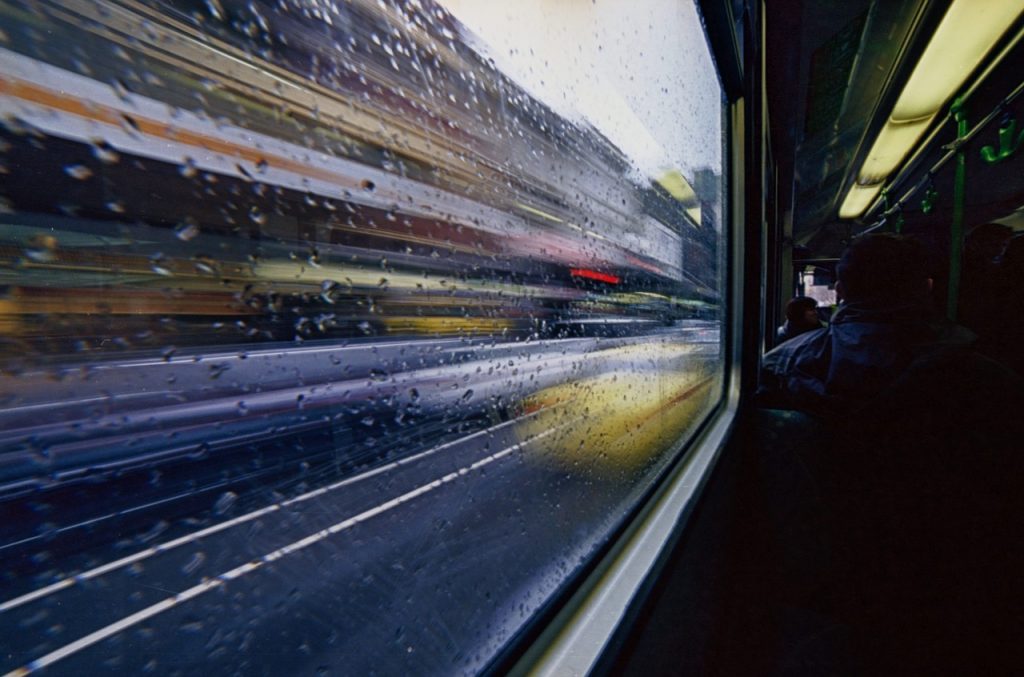 Increasingly applications rely on real-time data, often from multiple data stores in the cloud or on premise, and might even operate on that data before it ever reaches storage.

That has created added pressures for data integration as the volume and velocity of data enterprises deal with has increased exponentially.

Striim co-founders Ali Kutay, Steve Wilkes, Alok Pareek, and Sami Akbay set out to tackle the challenges of data integration across multiple systems, both on premises and in the cloud.

The three have a long history together, previously building GoldenGate Software, which was acquired by Oracle in 2009. They founded Palo Alto, California-based Striim in 2012.

“When we launched the company, the mission was to provide an end-to-end streaming platform that could collect data in real-time, process that data, deliver that data to end systems and do that in a secure and reliable way,” said Wilkes.

“Over the last few years, use cases have transitioned to become predominantly cloud-oriented. A few years ago, there was a lot of kind of big data requests — people wanted to write data into a data lake and maintain a data lake, keep that up to date with real-time data. Not so much anymore. That has changed a lot. The use cases [now] are really around migrating databases to the cloud.”

But customers can’t just shut down a database for the cloud move, and since they have to keep running a big aspect is change data capture — tracking all the changes taking place in the data in real-time.

It’s a Java-based real-time data-streaming platform that incorporates built-in encryption, stream processing, integration and delivery. Using clustered server technology, you can spin up a single instance of Striim or a cluster of four or 10, however many servers you need to handle your different workloads.

“With a streaming continuous query, you create the query, and it sits there in memory. And then a data stream is feeding it. And every time there’s new data on that stream, it goes into the query and the results come out. So it’s continuous,” Wilkes explained. 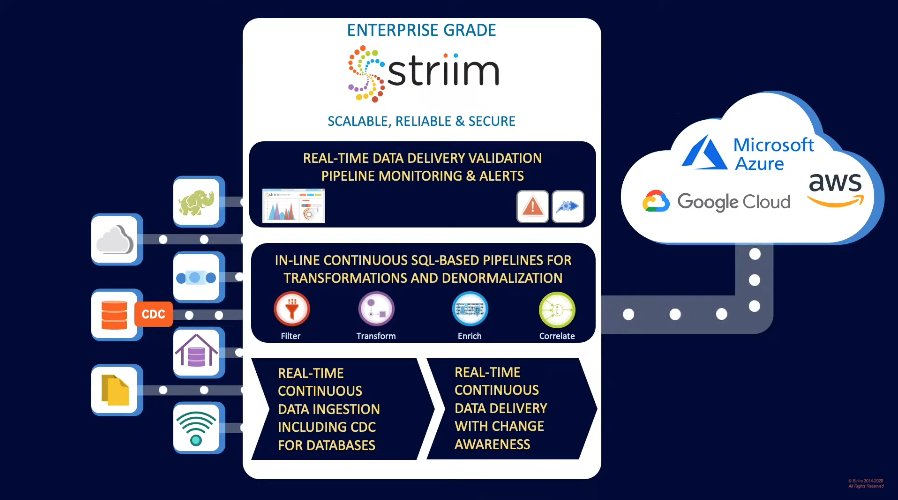 It provides monitoring and validation features to help trace and confirm the collection and delivery of streaming data, as well as a wizard that helps customers define data flows and connections to build their own custom pipelines.

After transformation, it also provides data collectors and delivery to targets such as AWS, Azure, Google Cloud.

“Striim gives us a single source of truth across domains and speeds our time to market, delivering a cohesive experience across different systems,” said Neel Chinta, IT Manager at Macy’s.

Big names such as IBM, SAP, Google, Oracle, Cloudera, Informatica and Talend, as well as newer players such as Matillion, Fivetran and Airbyte all have their own take on enterprise data integration and analytics. And then there are the open source tools such as Kafka, Flink and Spark.

These open source tools tend to be more developer-oriented, more for message-oriented applications, event-driven applications, according to Wilkes. He maintains that continually reading and writing to Kafka topics causes disk I/O, which causes things to slow down. And that having third-party collectors and third-party targets in the mix, as with Kafka Connect, makes it hard to guarantee end-to-end data integrity and data delivery.

At the same time, it offers Kafka as an optional part of its products, though it has its own in-memory messaging system.

He said Striim customers typically are not developers, but database administrators and IT operations folks, though more data scientists are getting involved.

It also announced a $50 million Series C round, bring the 120-person company’s total funding to more than $100 million.

The company is heavily focused on the SaaS version right now, due for general availability in the next few months, Wilkes said, and on ease of use.

Susan Hall is the Sponsor Editor for The New Stack. Her job is to help sponsors attain the widest readership possible for their contributed content. She has written for The New Stack since its early days, as well as sites...
Read more from Susan Hall
SHARE THIS STORY
RELATED STORIES
Docker Swarm, a User-Friendly Alternative to Kubernetes Crossplane: What Most People Get Wrong (and How to Get It Right) What Is the Docker .env File and How Do You Use It? Kubernetes App Deployment from the Command Line What LaunchDarkly Learned from 'Eating Its Own Dog Food'
SHARE THIS STORY
RELATED STORIES
Agent-Based vs. Agentless Security: Which Approach Is Better? Kubernetes App Deployment from the Command Line What TNS Readers Want in 2023: More DevOps, API Coverage Choosing the Right Container Native Storage for AWS Public Cloud Microsoft Makes Azure Load Testing Generally Available
THE NEW STACK UPDATE A newsletter digest of the week’s most important stories & analyses.
The New stack does not sell your information or share it with unaffiliated third parties. By continuing, you agree to our Terms of Use and Privacy Policy.