Struggles of the Cloud — Survival Tactics from Two GitLab Experts

GitLab executives Brandon Jung and Pete Goldberg provide their insights on both the struggles and solutions within the cloud ecosystem.
Sep 8th, 2020 5:00pm by Richard MacManus 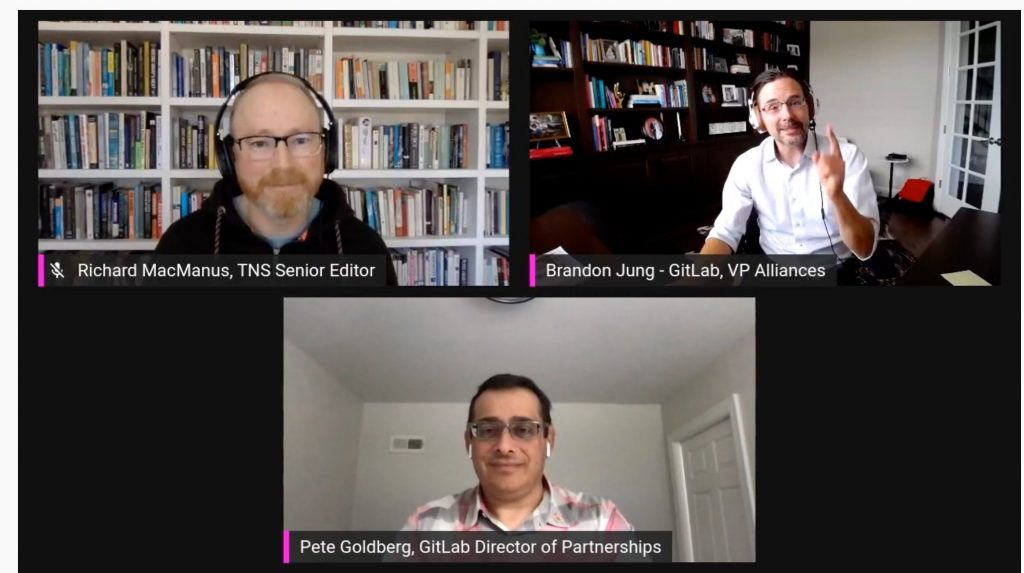 The struggle is real. The Cloud Native Computing Foundation‘s landscape map has over 1,400 cloud native projects listed on it, across a variety of categories. According to CNCF, the total market cap of the cloud native ecosystem is $20 trillion, which gives you an idea of the scale of cloud business now. So as companies continue their inevitable migration from legacy IT systems to the new cloud native world, they have a mind-boggling number of choices to make. And it’s not just choices about cloud infrastructure and tools, but also how they run IT projects in the cloud era, and how operators and developers are increasingly working together using the DevOps approach.

In this episode of The New Stack Makers, we discuss these and other struggles of the cloud with two GitLab executives: Brandon Jung, vice president of alliances at GitLab, and Pete Goldberg, director of partnerships at GitLab. Both have extensive experience working in the cloud ecosystem, so they were able to provide insights on both the struggles and the solutions.

Struggles of the Cloud — Survival Tactics From Two GitLab Experts

Prior to GitLab, Jung worked at Google and Canonical. He’s also currently a Linux Foundation board member, so I asked him what are some of the challenges he’s seeing in the cloud native ecosystem given how popular it’s become?

He replied that a common problem is “how do I digest the innovation and everything going on,” which for companies first approaching cloud native can be intimidating. The key, he said, is to make sure the focus is on “end-business value.”

The most common way to start with cloud native technology is with “managed Kubernetes environments on public clouds,” he continued. But then you need to “quickly get an application in there securely” and figure out how to “deliver that business value — because otherwise, it’s a science experiment.”

Goldberg also has extensive experience in the cloud industry, having worked at Amazon and Amazon Web Services for nearly eight years prior to joining GitLab a year ago. So I asked him what he has learned about the business of cloud computing over that time, that others should take note of?

“I think what I really learned about the cloud business is that it empowered every developer and every company to be in control,” he replied. “It empowered experimentation. The cloud gives you dynamic resources, it makes things easy to spin up and tear down, [and] you’re not making necessarily long term commitments.”

Goldberg described the current cloud native era as “an environment where developers can go out and build, and try things out and see how they work, and test and fail, and do all those things without having to make these huge commitments.” It’s about giving organizations “the agility in the cloud to have experimentation.”

We also discussed the state of DevOps, and the benefits this approach gives to both developers and operators. According to Jung, it’s all about visibility.

We also covered security and training in the podcast, but stay tuned until the end to hear some valuable insights about how to do remote working properly. GitLab now has over 1,200 team members in more than 65 countries, making it the world’s largest all-remote company.

“Everything at GitLab [that] we think of as a company starts as an issue,” said Jung. In GitLab, an issue is defined as a “medium for collaborating on ideas and planning work.” It’s a document of your thoughts, which can then be shared with the rest of the company.