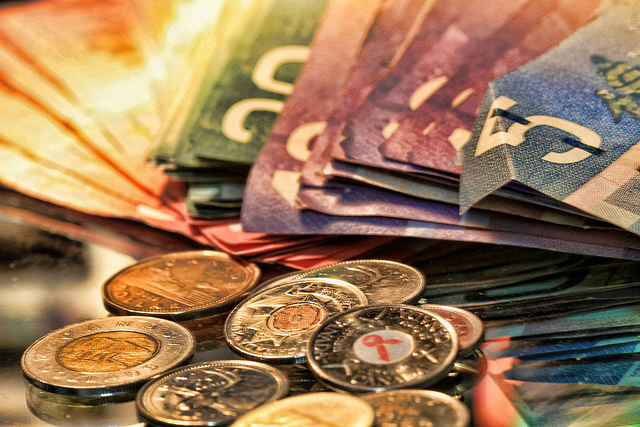 “As we looked at the next evolution of Sumo Logic, it was important for us to partner with marquee late-stage growth investors that wanted to have a mid- to long-term horizon for building the next disruptive market category leader. That led DFJ and IVP to invest in Sumo Logic,” said Ramin Sayar, the company’s president and CEO. Sayar became CEO in December, coming from VMware, where he was SVP and GM of its billion-dollar Cloud Management business.

The company has been growing rapidly. It passed the 500-customer mark several months back, Sayar said, and expanded its customer base by 300 percent in 2014. It announced in December plans to switch to a pay-as-you-go model, similar to that used by its partner AWS.

In March, it announced outlier detection and predictive analytics capabilities to augment its machine learning and anomaly detection engine. Outlier detection uses an algorithm that can analyze thousands of data streams with a single query and identify outliers in real-time. The predictive analytics capability forecasts future KPI violations and abnormal behaviors through a linear projection model.

The company demonstrated its latest Cloud Audit solutions at the RSA security conference in April. It boasts of being the only machine data analytics provider to hold PCI DSS 3.0 Service Provider Level 1 Certification, along with HIPAA, FISMA and SOC 2 Type II attestations, providing a unified view into leading cloud services including Office 365, Box, AWS, Akamai and ServiceNow.

With the new funding, Sumo Logic will triple its sales staff and double its engineering staff, reaching more than 400 employees globally by the end of the year, Sayar said. While it expanded in 2014 to Sydney and Dublin, it will continue to grow in Europe and Asia-Pacific, taking advantage of four Amazon Web Services (AWS) regions and 12 different AWS Availability Zones, according to the company.

The company faces competition from legacy IT players like IBM, Oracle, and SAP, and newcomers like LogRhythm, which is planning an IPO, and Loggly. However, it’s most often compared to Splunk, which went public in 2012. Splunk reportedly has 9,500 customers in 100 countries and more than 1,400 employees.

Though Sayar refers to Splunk as a “a Gen 2 tool” focused on on-premises deployment, Splunk also has a cloud version of its service, and CEO Godfrey Sullivan recently stressed that it’s becoming a “cloud-first” solutions company offering an enterprise-grade platform.

In discussing how Sumo Logic compares with companies such as Datadog and New Relic, which he refers to as monitoring tools, Splunk, Sayar said:

“The new generation of applications are completely distributed — microservices, containers — and deployed on- and off-prem in a lot of cases. They’re hybrid applications. To be able to quickly isolate and troubleshoot issues, you need a new approach for how you’re dealing with a plethora of data, both structured and unstructured and that’s how Sumo Logic is fundamentally different.”

He said customers including Hearst Media, McGraw-Hill and Alaska Airlines have used Sumo Logic to improve their mean time to identification and resolution of issues and to speed up application release cycles.

“Sumo Logic must continue to focus intensely on providing unique content in the form of contextual, platform-based applications to grow and maintain vital visibility in a rapidly evolving market,” Gartner’s Fletcher said in that article.

Sayar said that with the new investment, the company wants to continue to evolve its elastic scale, search performance and continue to integrate structured and unstructured data not only for applications, but to address more security and risk issues. It also wants to go after the Internet of Things because customers already are using it to manage devices and telemetry.

“And unlike other startups in this space, they’re winning enterprise deals, continuing to challenge the market-leader Splunk in this space. There are so many different potential uses for this technology: IT performance management, operations, security, business analysis, all of which will generate a large amount of data. Sumo Logic is as well-positioned as anyone to handle those large data sets,” he said.

“Yet customer organizations in many cases are just getting started with exploring the power of this technology. So investors are betting there is still a lot of growth potential ahead of them. The sort that IPOs are made of.”

For now, Sayar says the company is “manically focused” on building out its customer base. As for plans for an IPO, Sayar calls that “a destination.”

“This [new investment] sets us up to be able to really build out the business to be able to march toward that type of activity,” he said.

Datadog and SAP are sponsors of The New Stack.