Dockercon: Was It Any Surprise Docker Announced Support for Kubernetes? 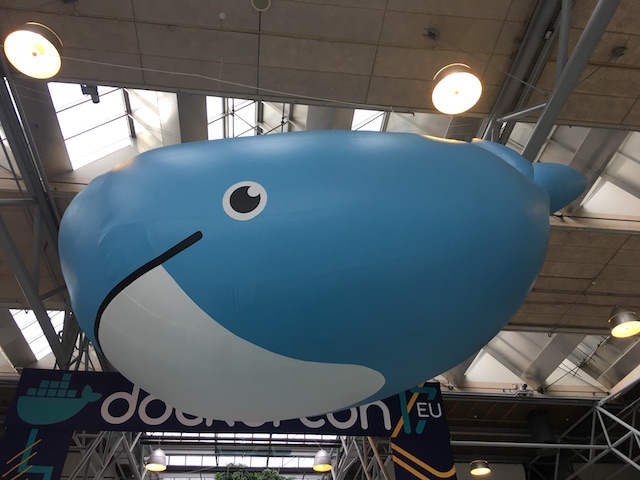 Was it any surprise that Docker announced support for Kubernetes?

Docker made the decision to wait until it had fully integrated the Kubernetes open source container orchestration engine before making its announcement at DockerCon Europe. Instead of building a narrative over the past several months about embracing Kubernetes, Docker instead chose to develop the integration internally and announce it all at once. Interesting to note that Docker did something similar in 2016 when announcing at DockerCon in Seattle its built-in orchestration capabilities using Docker Swarm in Docker 1.12. There had been little announced about the deep Swarm integration prior to the conference.

With Swarm, Docker Engine allows developers to orchestrate the operation of complex containerized applications using the same command-line structure and syntax that they are familiar with when using Docker containers. This is also what Kubernetes offers. Developed by Google, Kubernetes is now managed as an open source project by the Cloud Native Computing Foundation.

Docker orchestration capabilities followed its “batteries included but replaceable” model. The company included Swarm in the Docker Engine, but users could switch out Swarm to use Kubernetes or an alternative orchestrator. The Docker orchestration capabilities were opt-in; they had to be activated by the user. Though not opting in could lead to backward compatibility issues down the road. Docker’s decision led to major philosophical differences between Docker and key players in the community.

There’s a lot of upside for Docker with Kubernetes support.

“Kubernetes is fast gaining mindshare, driven by the declarative approach it offers in the automation of container native infrastructure,”  wrote Krishnan Subramanian, our technical editor for The New Stack’s Kubernetes ebook series. Between the Docker support and Cloud Foundry’s recent adoption of Kubernetes, “There is a high chance that Kubernetes will emerge as a standard in the container orchestration and be a standard component of any developer-centric platform.” 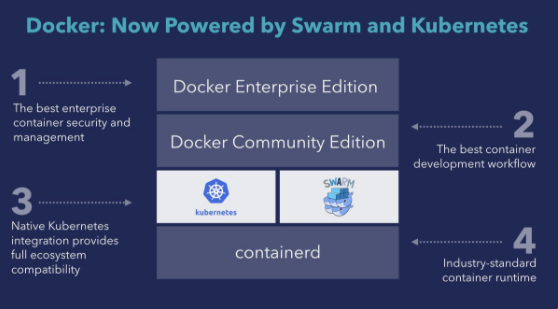 In this light, it makes sense for Docker, now relentlessly pursuing the enterprise market, to embrace an external technology. “It’s Docker’s job to do the best job of packaging container stacks to make them easily consumable, even if the technology comes from outside. The last thing prospective customers want to see are religious wars,” RedMonk analyst James Governor wrote in a blog post.

The fate of Swarm may be another matter. Would it be any surprise if Docker, sometime in the future, retires its Swarm? The company has argued for the security benefits it brings, even when working with Kubernetes, and plans to continue to support Swarm. To what extent is another matter.

DockerCon has historically served as a technical conference and its news about Kubernetes embodied that approach. But it was really more of a conference to discuss its software supply chain. Docker’s decision to support Kubernetes does mean stability for the overall cloud-native ecosystem. With Docker’s support, partners now have one more reason to embrace Kubernetes. It guarantees that Docker releases will be in line with Kubernetes.

The Cloud Foundry Foundation, the Cloud Native Computing Foundation, and Google are sponsors of The New Stack. Docker covered the flight and hotel for Alex Williams to attend DockerCon.

Alex Williams is founder and editor in chief of The New Stack. He's a longtime technology journalist who did stints at TechCrunch, SiliconAngle and what is now known as ReadWrite. Alex has been a journalist since the late 1980s, starting...
Read more from Alex Williams
SHARE THIS STORY
RELATED STORIES
Deploy a Container Stack in Portainer from a GitHub Repository Acorn, a Lightweight, Portable PaaS for Kubernetes Acorn from the Eyes of a Docker Compose User Case Study: How SeatGeek Adopted HashiCorp’s Nomad When Wasm and Docker Work (and Do Not Work) Together
TNS owner Insight Partners is an investor in: Docker.
SHARE THIS STORY
RELATED STORIES
Connect to Remote Docker Machines with Docker Context Container Security: A Troubling Tale, but Hope on the Horizon WebAssembly Needs Schedulers, and Kubernetes Doesn't Quite Fit the Bill Securing Windows Workloads The Next Evolution of Virtualization Infrastructure
THE NEW STACK UPDATE A newsletter digest of the week’s most important stories & analyses.
The New stack does not sell your information or share it with unaffiliated third parties. By continuing, you agree to our Terms of Use and Privacy Policy.