Frontend developers are testing out serverless by shifting more web functions to the edge, according to a recent Jamstack community survey.
Nov 14th, 2022 8:10am by Loraine Lawson 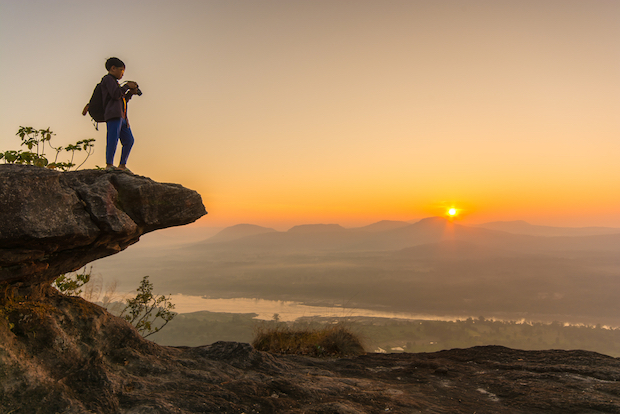 Developers are testing the edge, according to a recent survey conducted by Netlify of nearly 7,000 developers in the Jamstack community. It found that more than half of developers have built an edge-dynamic sites. The survey defined edge-dynamic sites “as sites that are fully dynamic, and render all their content at the edge (i.e. using serverless functions or edge functions).”

The survey noted that the number of those who have used serverless technology jumped from 46% to 71%, “taking it fully into the mainstream.”

“We’re seeing these edge environments evolve,” Chris Bach, chief strategy and creative officer of Netlify, told The New Stack ahead of last week’s Jamstack conference. “You can run a lot more compute there rather than just serve things.”

He credited more support from the runtime Deno and Netlify’s own edge computing offering with making the edge much more accessible to developers.

“Everyone was talking about serverless but Netlify could see that a lot of web developers and web projects weren’t using them yet,” he said. “Now we allow people to simply put your serverless functions in a folder and upload.”

The report stated the growth was “much faster than we predicted,” and that 35% said they’ve done “some” or “many” projects with serverless technology, “which relative to frameworks would make it bigger than Vue but smaller than Next.js.”

Correlated to that jump in serverless deployment was a shift in the people who described themselves as full-stack developers rather than frontend developers.

“We think the big jump in serverless adoption may be the explanation: Serverless lets frontend developers build full-stack applications with a minimum of fuss, and the adoption has been so fast it’s changing how we describe ourselves,” the report stated.

Who’s the Fairest of Frameworks?

When it comes to frameworks, the most used framework is React, at more than 71% usage on some or most projects in the ranking of 29 frameworks that made the list.

“The most obvious story in our framework data is the continued growth of React,” the survey stated. “While there are many options for building a reactive web app, the enormous ecosystem around React continues to make it an easy choice for many.”

React Express ranked second at nearly 50% on the “some or most ranking” followed by Next.js at 47% — which means nearly one in two developers say they’ve used Next.js in some or many projects, the report noted. Given that Next.js is “a full-featured ‘kitchen sink’ framework based on React,” Netlify predicted it will continue to grow.

It was the sixth-ranked Vite, however, that scored the highest when it came to satisfaction, ranking nearly a 10 out of 11. That may be because it’s not so much a framework as a bundler, competing more with Webpack and Babel, noted Netlify.

“It has been adopted as the default bundler for several other frameworks including Nuxt and SvelteKit, contributing to its high share, but its stellar satisfaction score is all its own,” the report noted.

In the small framework category, Remix moved from 2% to 10% of developers saying they used it on “some” or “many” projects. It was followed closely by progressive framework Nest and VuePress in usage. Though less used, Blitz.js ranked the highest for user satisfaction.

WordPress ranked the highest in the CMS usage category, but newcomer Notion actually ranked second — besting headless WordPress (3), Contentful (4) and Strapi (5) as the content management system of choice. Anyone who uses Notion may find that surprising since it’s certainly not a typical CMS system — it’s closer to a project management tool.

“Notion is something of an outlier in this data: Certainly some people are using it via its API to power websites, but we believe many people who answered yes to this option are using it for internal content,” the survey report stated, adding that Netlify intends to run a small follow-up survey to confirm this.