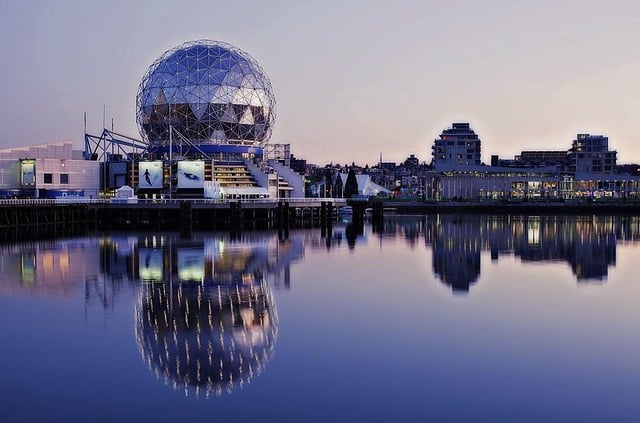 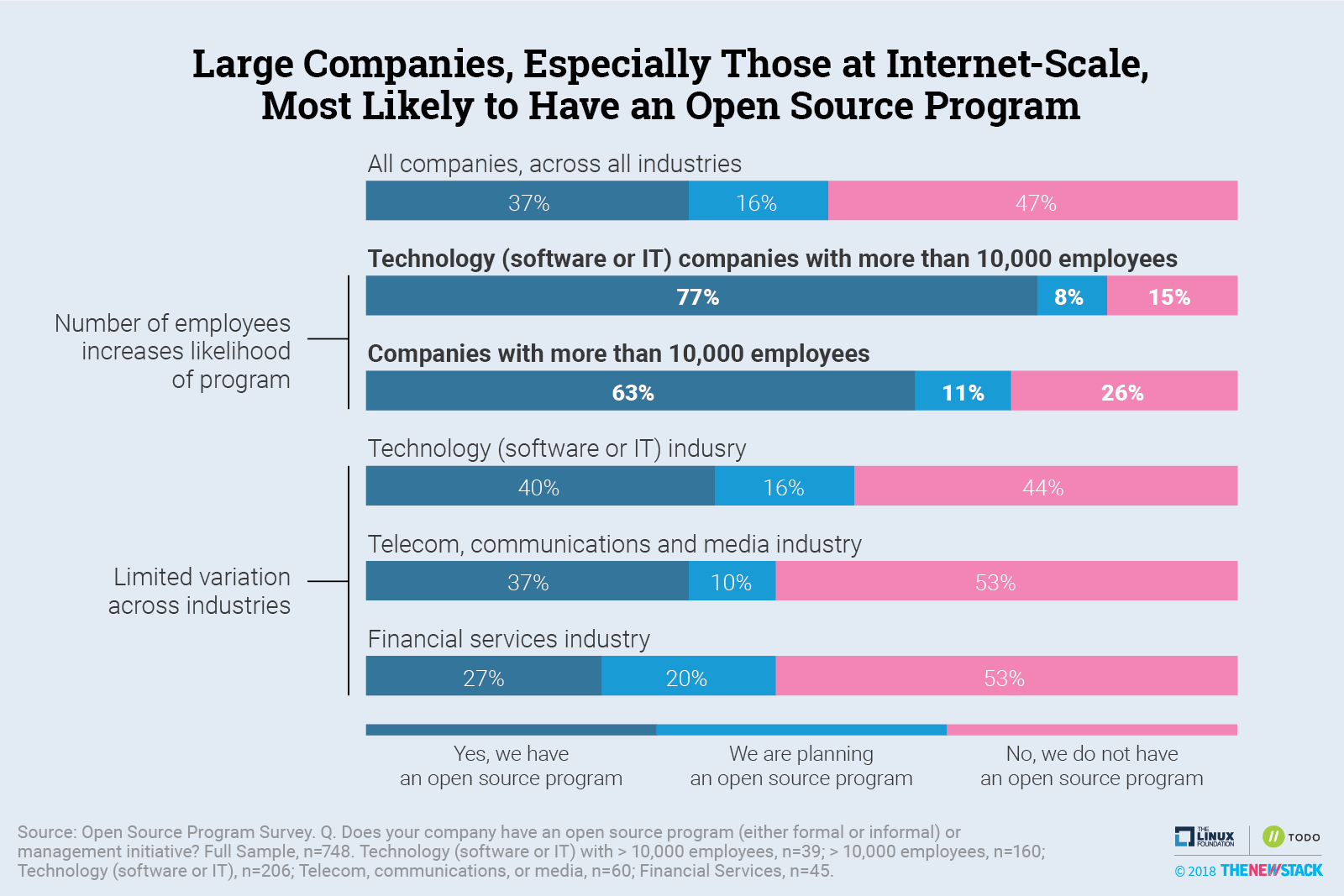 In total, 748 people provided information for our survey, nearly half of them developers. Company size was broadly represented, with 21 percent of respondents working at large companies with more than 10,000 employees, and 42 percent from small and mid-size companies with 250 or fewer employees. The survey methodology is explained at the end of this article. The results shine a light on how open source programs are organized and what role they constitute in organizations.

What the Results Show

Large technology companies are leading the way in establishing open source programs to create and nurture best practices. Their substantial developer teams heavily rely on open source components. Outside of this group, all industries have adopted open source programs at an average close to 37 percent, but with varying expectations for the programs. Other significant survey results include:

Open source programs appear to nurture a culture of quantifying contributions by engineers and developers. Where this becomes critical is in enabling modern architectures like cloud native designs based on microservices. Such architectures become more effective if deployed alongside DevOps practices that utilize open source technologies for application architecture development. 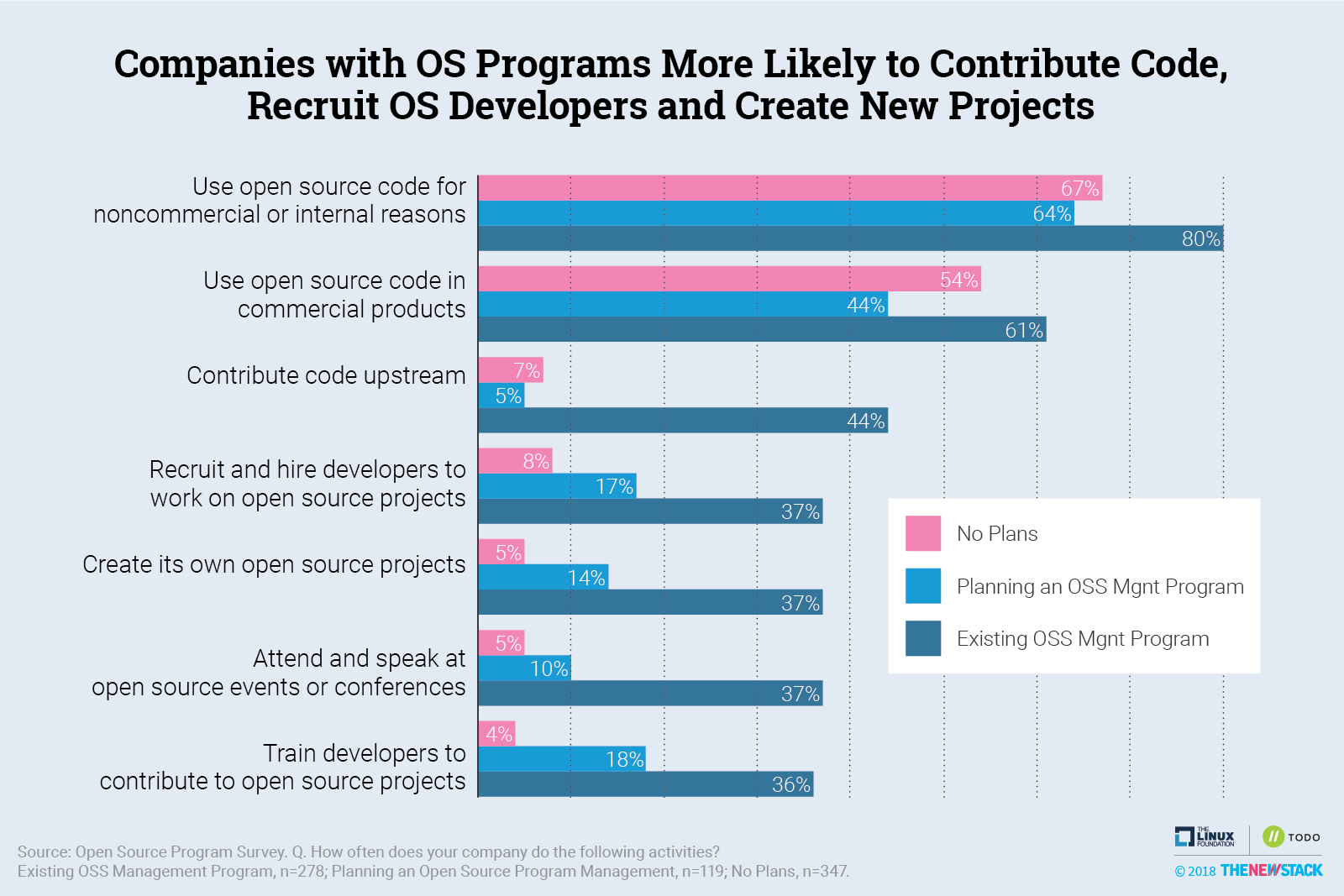 Thousands of open source projects have participants from organizations with open source offices that consume — and in turn contribute back to — any number of projects. The interest is showing enough results to merit companies considering deeper and more focused approaches to the development of the open source offices they manage. 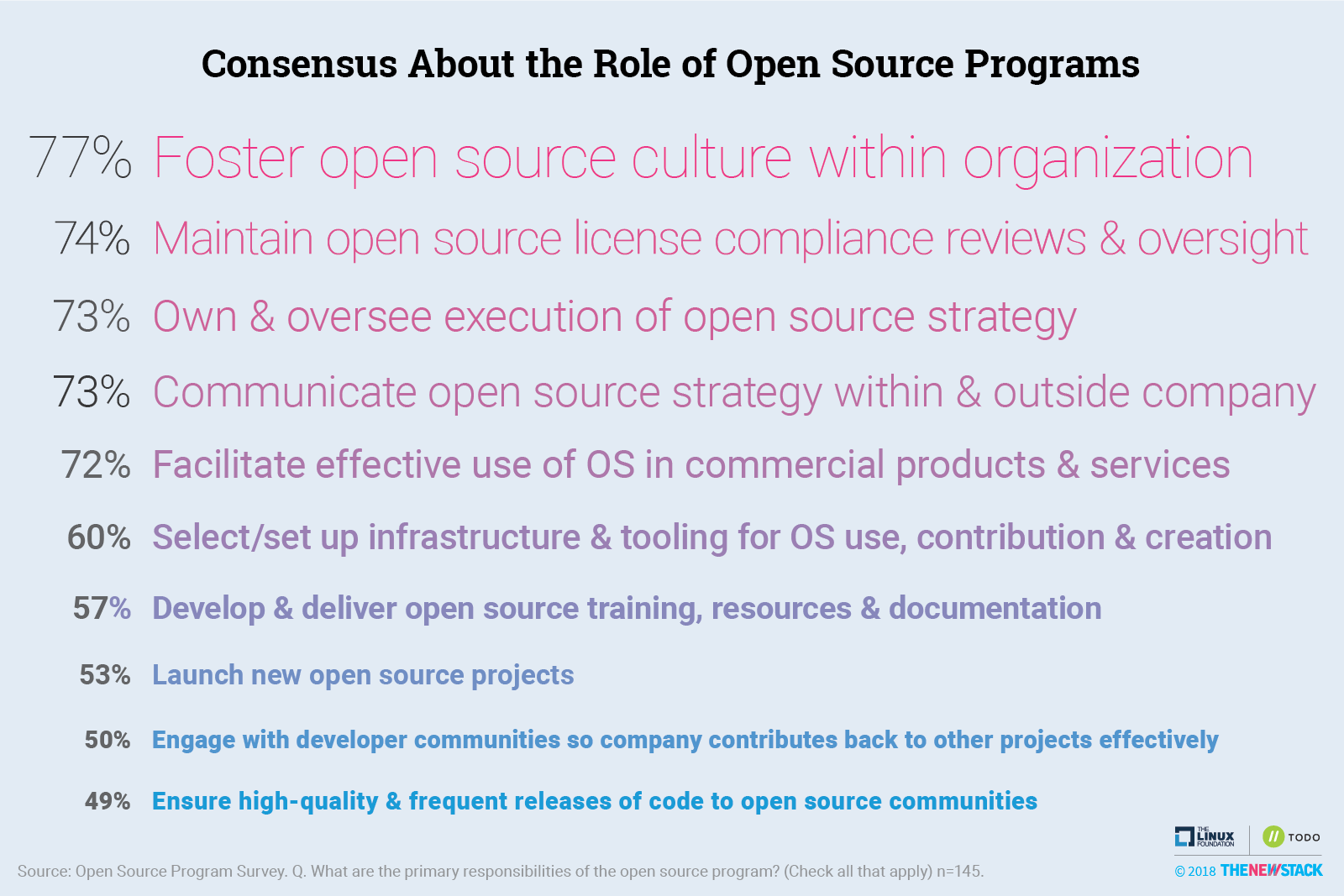 It may seem counterintuitive to put a structure around open source developers and processes, which have traditionally been outside of management’s purview. But survey results show that these programs have positive business value as well as improve software development. The top three benefits of managing an open source program, according to the survey: 1) awareness of open source usage/dependencies, 2) increased developer agility/speed, and 3) better license compliance. 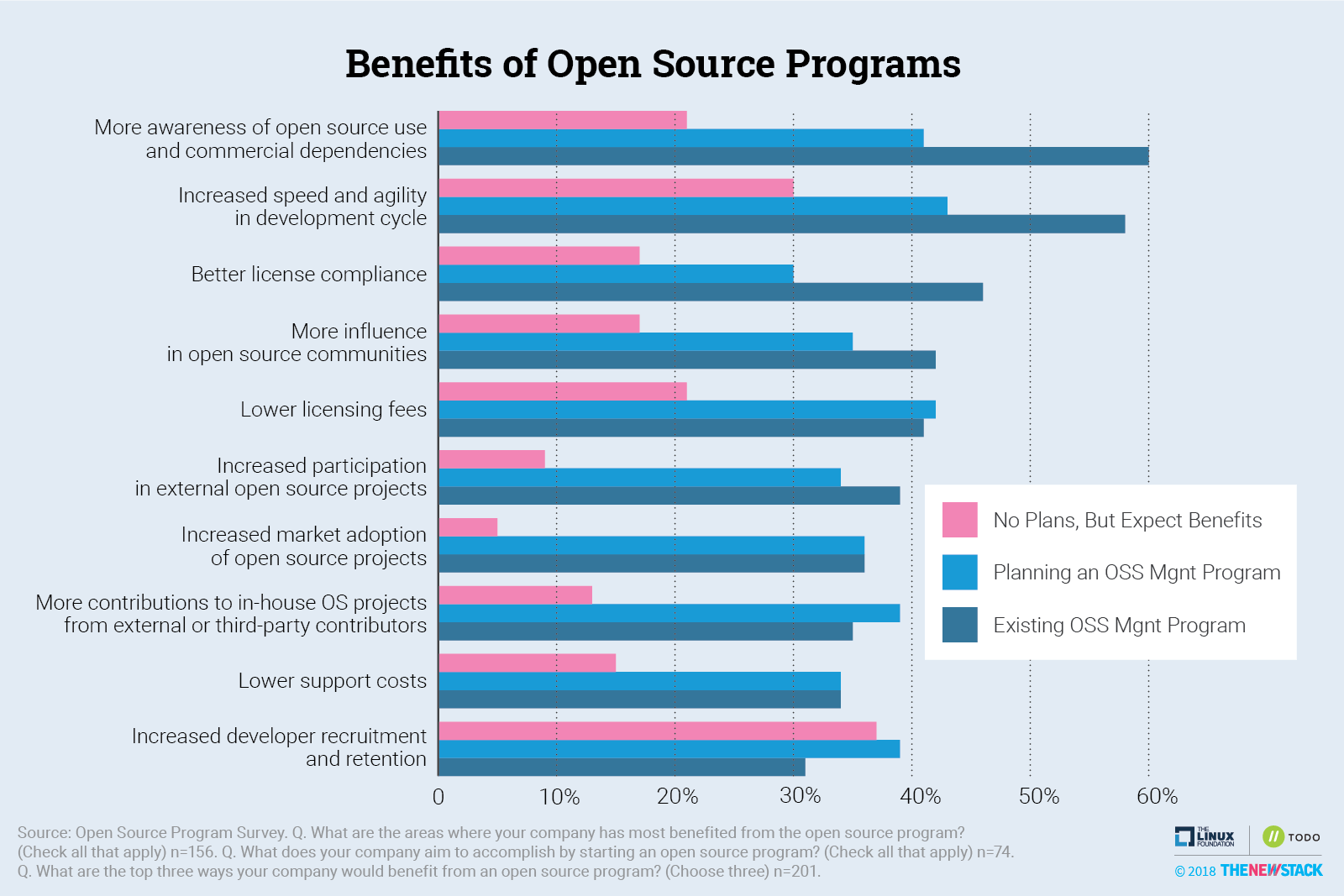 Internally maintained open source projects exist at almost all (89 percent) enterprises with open source programs. In fact, 11 or more projects are maintained at 46 percent of these companies. Although creating OS projects is not among the top reasons to have a program, attracting external contributions for in-house projects is clearly expected to be a key benefit among both those already running and those planning to run an OS program.

The maturity of these companies’ open source involvement manifests itself in higher levels of contribution to upstream projects, as well as initiation of their own projects.

However, as many previous studies have shown, open source use has become commonplace among tech and non-tech companies alike. This survey supports those results: Seventy-two percent of companies surveyed say that they are frequently using open source for non-commercial or internal reasons, and 55 percent are doing so with commercial products.

Of note is why companies with nascent programs get started in the first place. Forty-three percent of companies planning open source programs cite better speed and agility in the development cycle as a top expected benefit. Tied for second as the top expected benefit are lower license fees as well as promotion of open source culture. If these fledgling programs initiate new projects and provide real benefits, we expect they will mature into more formal entities.

For the most part, open source programs are created within a company’s software engineering or development department (about 41 percent of programs). Such programs tend to start informally — as a working group or a few key open source developers and a collection of policies around open source licenses and contributions — and evolve into formal programs over time. Overall, 55 percent of those with an open source program say it is “formal,” while that figure drops to 24 percent among those that are planning a program.

Challenges in Creating and Running Programs

Running an open source program does have its difficulties. One respondent said, “At this point the ROI is negative. We view it as a long-term strategic investment.” When asked about their top three challenges, the top response (39 percent) by companies with a program in place was insufficient budget and program costs. Besides budgetary concerns, there don’t appear to be any other noteworthy challenges beyond creating awareness within the organization, which means that although organizations are pushing forward to achieve their mission, the efforts will take time.

Of the 77 respondents planning a program, 70 percent expect to do so in the next year. With their initiatives about to begin, 54 percent said that “strategy: planning or knowing how to approach it” is the biggest challenge in establishing a program. Establishing open source policies and getting executive buy-in and support are the next two most frequently cited challenges in establishing a program. The need for organizations to address specific concerns about setting policy may be driving their own development of open source programs, as many of the respondents citing this as a challenge work at a company that already has policies governing the release and contribution of code.

Companies that do not maintain their own open source projects were more likely to cite challenges about finding legal staff with open source expertise and finding the resources required to perform license compliance. Although companies without internally maintained  OS projects may have different needs, they can still look forward to real ways to measure success. 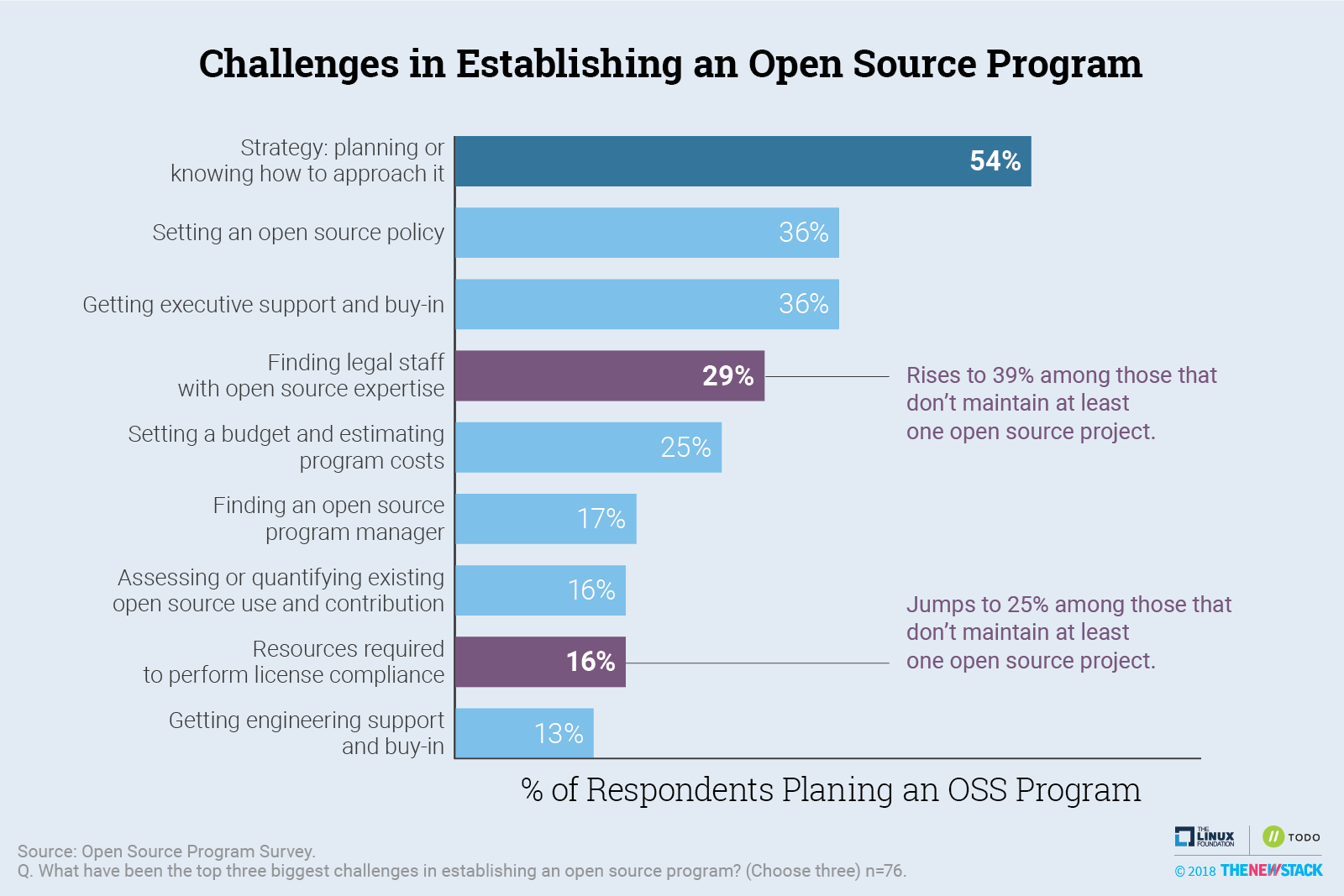 People with both existing and planned programs were asked how they will measure success. Even though culture is hard to measure, it was the top metric cited. Developer velocity, efficiency, and/or productivity was the second most common metric.

Companies with existing programs are much more likely to be using several other types of metrics. Almost three times as many practitioners cited tracking the volume of upstream code contributions. About twice as many count the decline in license violations in order to measure success.

The data confirms what The New Stack has anecdotally observed: Companies with open source programs have a culture that supports metrics, especially in terms of activity observed via online code repositories. This focus on quantifiable results explains why these open source programs are business-critical at many companies: They are looking to developers to improve and/or generate product revenues, as well as optimize operating costs. 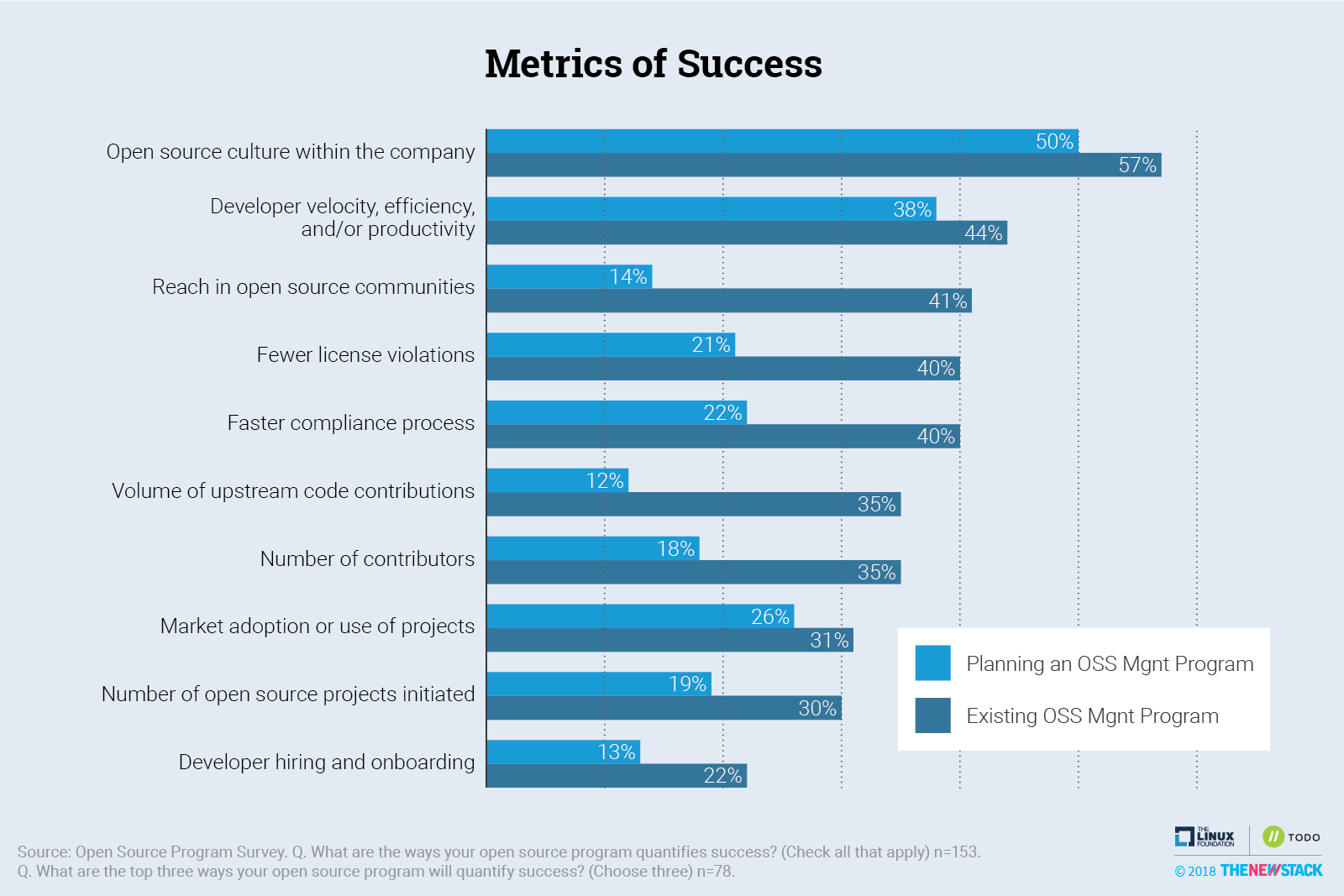 Lots of Companies Have No Plans, But Why?

Despite broad interest in open source programs, 47 percent of respondents still do not have plans to operate one. When asked why their company doesn’t have an open source program, 43 percent said they had just not considered it before. In other words, the respondent had been interested in open source and learned about open source programs by taking the survey. A close second rationale (42 percent) was time constraints. At 27 percent, and tied for third, is the explanation that the organization is too small or does not see business value.

A whopping 70 percent of those without a program believe it would have a positive impact, despite the challenges. Among those that don’t expect a benefit, the top reason is that the organization is too small. 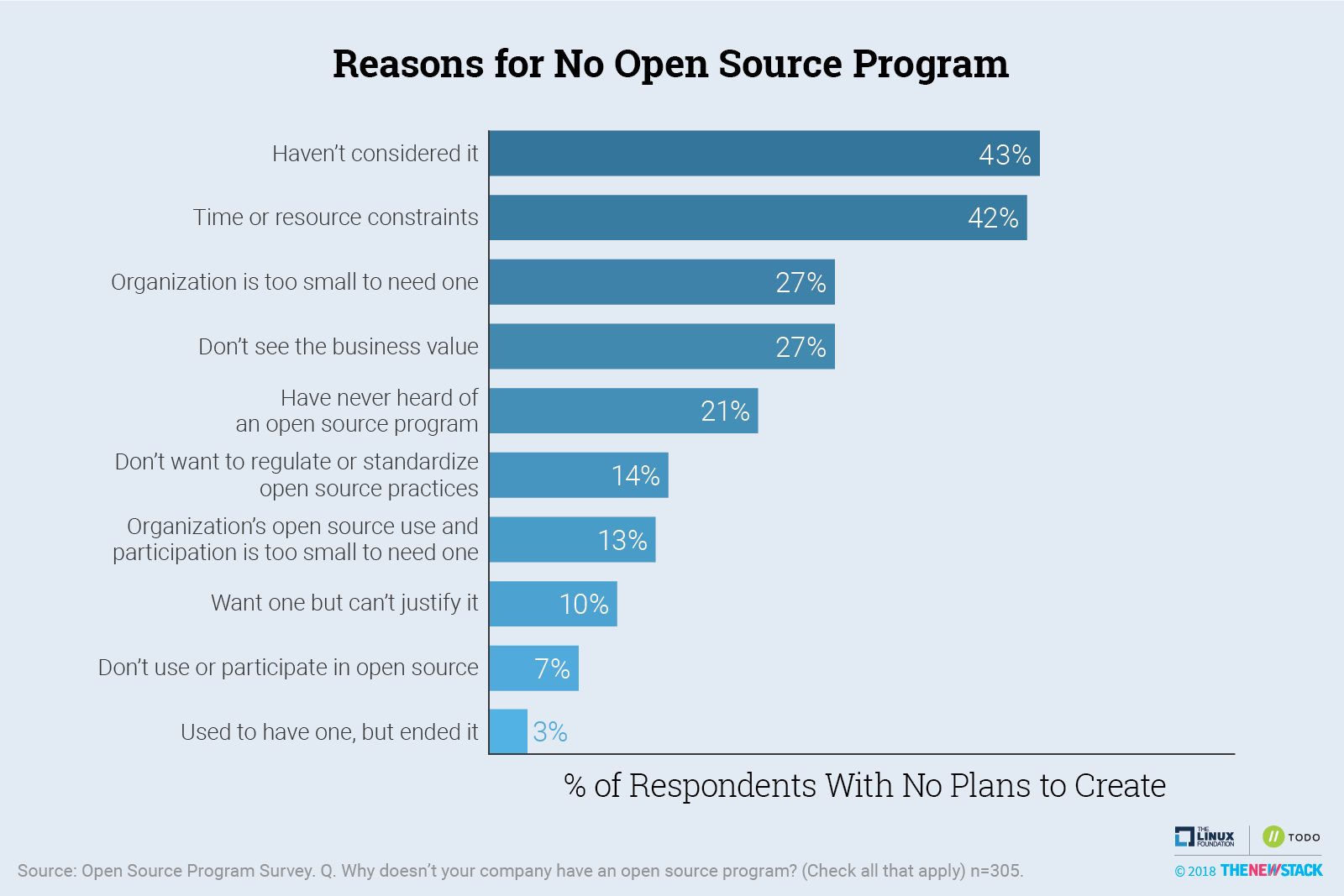 Five hundred and one people completed the survey, with another 247 respondents’ incomplete data included in the analysis. Twenty-three responses were excluded because they appeared to come from the same company (based on email address, name of company or IP address). The data cleaning allows us to more confidently interpret the data as being from individual companies rather than just individual respondents.

The full dataset can be found here: 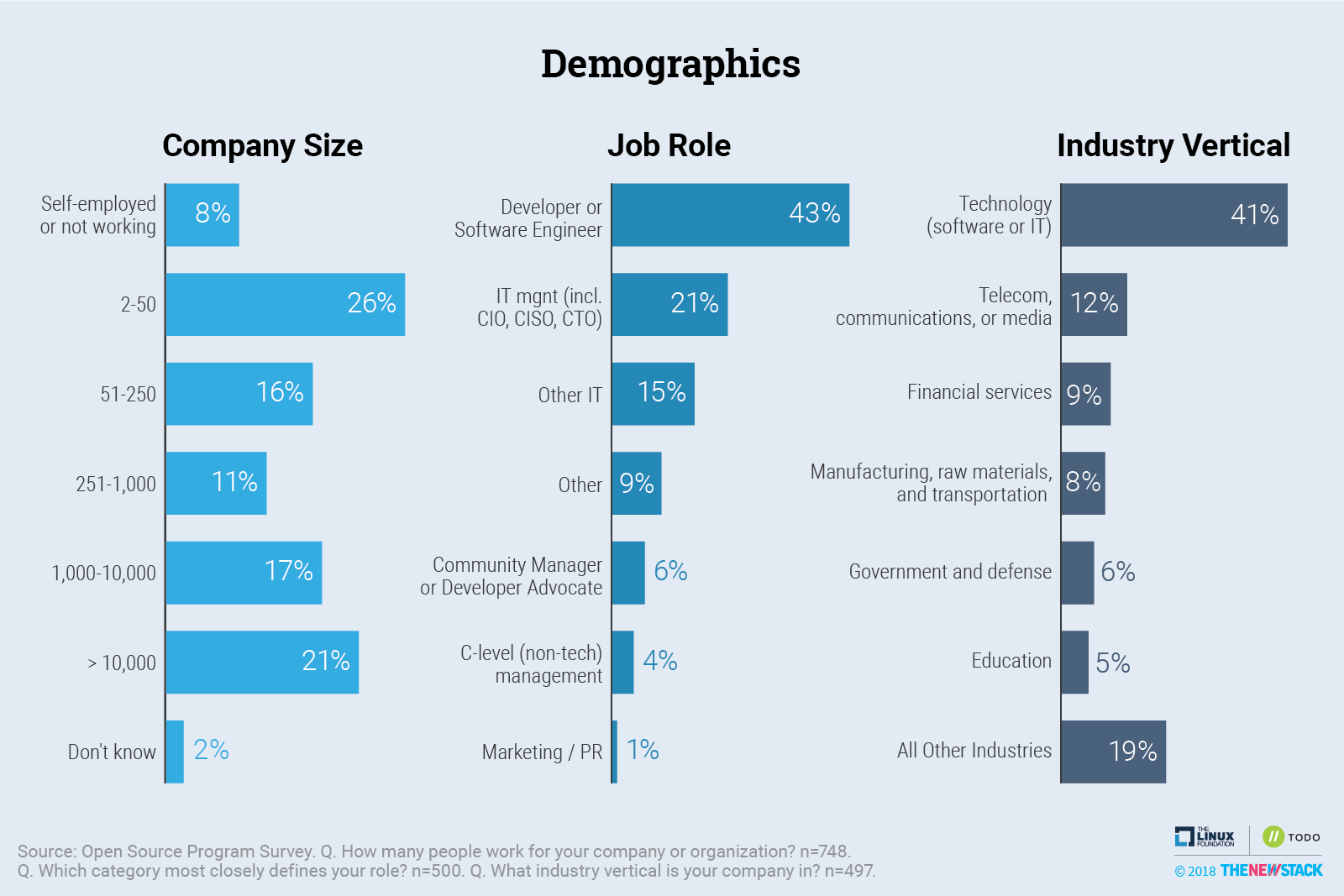 The data can be used to make a few predictions about how many open source programs exist and will be created in the next two years. After reviewing many data sources (e.g., World Bank, LinkedIn) as well as the Forbes Global 2000 list of the world’s largest companies, we created a model that assumes: 1) there are at least 6,000 companies with more than 10,000 employees and 2) depending on the reader’s definition of a technology company, 200 to 500 enterprises will fit the description range. With 68 respondents coming from the largest tech companies, our sample captured at least 13 percent of all large tech companies that could have been surveyed. Furthermore, between 22 and 54 percent of all open source programs in existence at large tech companies were surveyed.