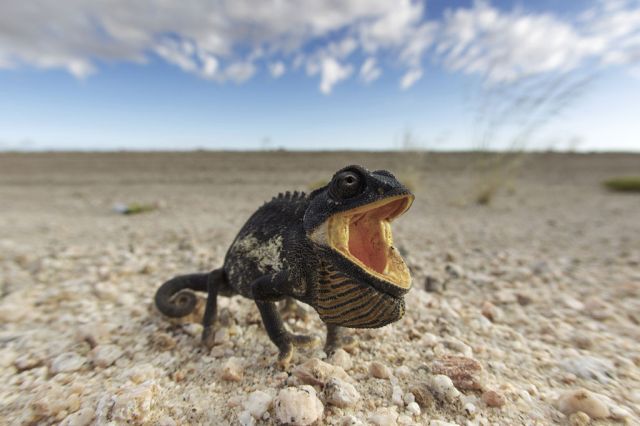 Having already set forth to acquire Hewlett Packard Enterprise’s former software division, the SUSE division of the formerly “little-known British firm” Micro Focus announced Wednesday its intent to acquire certain other valuable assets it had previously chosen to leave on the table. One is HPE’s interest in OpenStack, which had been propping up what remained of its Helion brand; SUSE says it intends to integrate HPE’s OpenStack platform into its own OpenStack Cloud platform.

The other is HPE’s interest in the Cloud Foundry open source PaaS, which will now become SUSE’s PaaS platform.

In a statement issued Wednesday morning, SUSE characterized the agreement as an acquisition of technology and talent, implying that no further money or assets changed hands in the reverse direction.  In fact, HPE has agreed to name SUSE its preferred Linux partner as part of the deal, which would appear to indicate that from HPE’s perspective, there was a need to declare this preference just to sweeten the deal.

“We see PaaS as a strategic component of our software-defined infrastructure and application platform strategy,” stated SUSE President of Strategy, Alliances and Marketing Michael Miller, in a note to The New Stack, “and Cloud Foundry as the open source project and technology that brings together the best innovation and industry collaboration. We want to leverage that innovation for the benefit of our customers, and we have a vision for the convergence of CaaS technologies [in SUSE’s case, Containers as a service] like Docker and Kubernetes and PaaS technologies like Cloud Foundry that we think will address the real-world needs of our customers and partners. We will now work with the Cloud Foundry community to develop that vision.”

At press time, an HPE spokesperson responded by e-mail to further clarify matters:

In line with this strategy, HPE has entered into a strategic partnership with SUSE. SUSE will acquire select HPE OpenStack and HPE Stackato assets. HPE will OEM SUSE OpenStack Cloud and the SUSE Cloud Foundry based PaaS solution as the foundation of the continued delivery of Helion OpenStack and Helion Stackato solutions with HPE support and professional services. By partnering with SUSE, HPE will provide best-in-class OpenStack and Cloud Foundry based PaaS solutions that are simple to deploy into customer’s multi-cloud environments.

Still remaining in limbo is Stackato, the PaaS platform which HP acquired from ActiveState in July 2015, though whose value to the successor company HPE’s portfolio has since only been expressed in afterthoughts. Stackato was a management and deployment platform for Cloud Foundry apps, that was itself built on the Cloud Foundry platform. SUSE and ActiveState had formed a partnership in November 2014, the result of which had been a kind of rapid deployment model (PDF) for applications on heterogenous server platforms that mix multiple hypervisors.

“Using Stackato’s automated provisioning,” read a joint publication of ActiveState and SUSE at the time of their partnership, “developers can configure the application environment, removing the roadblocks and hurdles typically associated with the application lifecycle. This means you can deploy your apps to the cloud in minutes, instead of weeks.”

That’s still a necessary function, even in the modern era of Mesosphere and Kubernetes.

Some had presumed that Stackato would be part of the initial transaction announced in September, thus becoming part of SUSE’s assets along with the rest of HPE Software. That confusion may have derived from comments HPE CEO Meg Whitman made last September in announcing the deal.

“Today we announced plans for a commercial partnership with Micro Focus that will name SUSE as HPE’s preferred Linux partner,” said Whitman at the time, “and will bring together HPE’s Helion OpenStack and Stackato solutions with SUSE’s OpenStack expertise to provide best-in-class enterprise-grade hybrid cloud offerings for HPE customers.” (Our thanks to Seeking Alpha for the transcript.)

But rather than integrate SUSE Linux into HPE Helion OpenStack and Helion Stackato, as it originally said it would, in October, HPE ended up simply laying off most of the people who built and maintained the platform. SUSE’s Miller told The New Stack that his company plans to hire HPE engineers involved with OpenStack, Cloud Foundry, and Kubernetes, although he was not privy to which ones, or whether they would be among the pool who received their pink slips last month.

Miller’s concentration on Kubernetes, in his responses to us, is telling. He explicitly told us that Stackato will remain in HPE’s hands, and HPE will serve as an original equipment manufacturer (OEM) for an unnamed PaaS platform that Miller said “will be developed with the assets acquired in this transaction.”  HPE will then integrate that platform under what is currently being marketed as Stackato.

The SUSE president’s phraseology points to the creation — or at least the nurturing — of something very different than Stackato.

“The Kubernetes deployment technology is part of the transaction,” said Miller, “and we see great value in that innovation. Our vision is to create a convergence of CaaS and PaaS technologies in a way that really address today’s complex enterprise needs.”

Would SUSE possibly consider integrating its newly acquired Cloud Foundry assets with its parent company’s Windows-based container technology known either as Turbo.net or Spoon VM? Or will SUSE’s involvement with deployment be restricted to Linux? Miller’s response appeared to leave that possibility open.

“After the transaction is complete,” he told us, “we will define our SUSE Cloud Foundry PaaS roadmap based on the market opportunities we see and, most importantly, our customer and partner needs.”

One fellow whom SUSE will certainly not be hiring is Bill Hilf, the former Microsoft senior executive who had headed HPE’s cloud reorganization. At last year’s HPE Discover London conference, Hilf was the fellow who had asserted his company’s pledge to build a robust platform for the general-purpose developer, using Cloud Foundry and Docker as key ingredients. Hilf did land right-side-up, however, having just joined investor Paul Allen’s Vulcan, Inc., as its CEO.