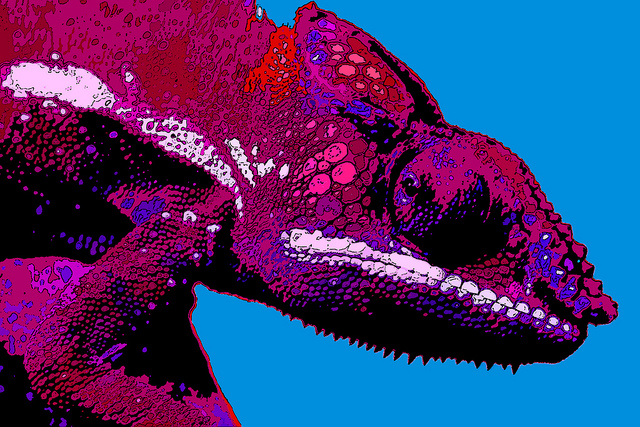 If the future of containerization in data centers is truly to be fashioned after the evolution of Linux, then no single brand will be associated with the concept in users’ minds. When the Open Container Initiative (originally the Open Container Project) was launched in June at DockerCon, Docker Inc. seemed as though it was truly awakening to the fact that a universal run time had the most value of all as it opened the overall market pie, as Adrian Cockcroft explained on The New Stack Analysts show from OSCON.

The news of the open spec and runtime was received positively by companies that would have something to gain, rather than lose, by being perceived as equal players in this burgeoning field. One of them is SUSE, which in recent years has seen its market share in the enterprise subside a bit against competition from Red Hat.

A more mature containerization market will be one where SUSE is allowed to step up to the table as an equal player … but also where Docker stands back a bit and let’s others have the floor, said Michael Miller, SUSE’s vice president for global alliances in an interview with The New Stack.

“I think just putting the bits in there doesn’t really solve anything for the customer,” said Miller, in his first interview with The New Stack last month at DockerCon in San Francisco.  “What we’re really interested in is the culture shift within the enterprise customer base.”

We’re squarely focused on the enterprise, and we’re seeing the beginnings — and it’s still the very early stages — of a culture shift around DevOps and SecOps, that we think container technology aligns with. And I specifically say ‘container technology’ first,” Miller continued, “and then Docker as a flavor of technology second.”

The Push Against Fragmentation

If we can concede that Microsoft Windows won the war for the desktop, we must with the same breath concede Linux won the war for the data center. For both, the spoils have not been as marvelous as first imagined. While Microsoft struggles to recapture the public imagination with an operating system that looks somewhat more like the one it should have been producing five years ago, Linux vendors have watched the opportunities for monetizing the virtualization trend largely pass them by.

Along came containerization, led by Docker, and with it the opportunity to not only upset the apple cart but to pretty much blow it up. Red Hat made clear its intention early on to contribute more than just support to this burgeoning market.

Making its next move very carefully, and very strategically, is SUSE. As Miller has told us more than once since our meeting at DockerCon, its strategy is to present a more enterprise-ready implementation of Docker in SUSE Enterprise Linux through the inclusion of Portus, an on-premises implementation of Docker Hub that enables businesses to build private repositories with added authentication — something Docker itself was lacking up until its own advent of Docker Trusted Registry.

Portus, said Miller, “is a simple, easy-to-use frontend for interacting with the [Docker] registry.” As far as SUSE’s role in producing Portus, Miller describes it as upstream contribution to an open source process, refraining from stamping a huge, SUSE brand on any one component even if it would differentiate its Docker distribution from that of its competition.

“Everything we do is going to be done upstream in communities,” he told us, “together with other contributors.”

But now that there are two consortia devoted, ostensibly, to different facets of containerization technology, is there a danger of subdividing the discussion into too many bureaucratic compartments? We asked SUSE’s Michael Miller in a follow-up discussion in late July.

“My hope is that we can treat them as different aspects, different facets of the overall technology,” responded Miller, “and that as members, we’ll all work together to make sure that we’re not fragmenting, that we’re actually moving things forward.”

Miller believes SUSE’s role with respect to both the Open Container Initiative and the Cloud Native Computing Foundation is to make certain that the discussions between their collective members are actually converging to some degree. Fragmentation, he concedes, is one of the pitfalls that open source projects can encounter when they’re not managed properly.

“If we do it the way that we do it with other technologies, the answer is no,” Miller responded, citing the experience SUSE has already had with distributing Linux. There’s always a mix of other brands of components that any major open source distribution must contain, especially Linux, he reminded us. Simply because the mix is different, he said, does not mean the platform is different.

It’s a distinction between fragmentation and variety. Sometimes it’s variety that enables implementers to make choices. When done properly, open source should give the implementer the final choice as to how to build out a platform.

It sounds like a very noble vision of how SUSE could proceed in a realm where platforms are being defined more and more by HP and Red Hat. But it also shares some … harmonies, if you will, with the excuse Verizon has given several times as to why it supports so many Android versions in the field simultaneously.

SUSE’s job of defining itself without imposing itself may have been made more interesting, if not more difficult, by HP’s announcement of its pending acquisition of the Stackato PaaS platform from ActiveState. Last November, ActiveState and SUSE extended their partnership to enable Stackato to run on the SUSE Cloud platform. HP and SUSE were already partners, with HP offering SUSE Linux as one server deployment option.

HP also offered Red Hat Linux as another option. And here is where the fragmentation question starts to take a serious turn: Stackato is built upon Cloud Foundry, which stands diametrically opposed to Red Hat’s OpenShift. The architectural differences should be enough to distinguish them. But some of those differences may be going away, as OpenShift v3 moves to a more standard deployment model for Docker containers, using Kubernetes as its orchestrator.

SUSE’s implementation of Docker dates back to June 2014, and already follows the basic standards that container implementers expect. The following month, SUSE embraced Kubernetes as an orchestrator of choice. When The New Stack asked officials at Red Hat to explain what will give its upcoming OpenShift v3 competitive value over and above its competition, especially SUSE, the theme of its response has been, “We’re Red Hat.”

If everybody’s platforms start to look identical, in the name of openness, brand identity may become the only distinguishing factor helping organizations choose vendors. And that doesn’t sound like a problem that can be addressed, let alone resolved, under the auspices of the Open Container Initiative.

“I think the OCI can expand its mission beyond format,” says SUSE’s Michael Miller. “One of the things we want to accomplish through our engagement with OCI is to help map that future direction. We think that adding clearer standards in a well-defined, open source push into particular areas, will make everybody more successful. We don’t want to have proprietary fragmentation around the edges.”

ActiveState, Docker, HP and Red Hat are sponsors of The New Stack.