Systems We Love: How the Past Informs Our Present 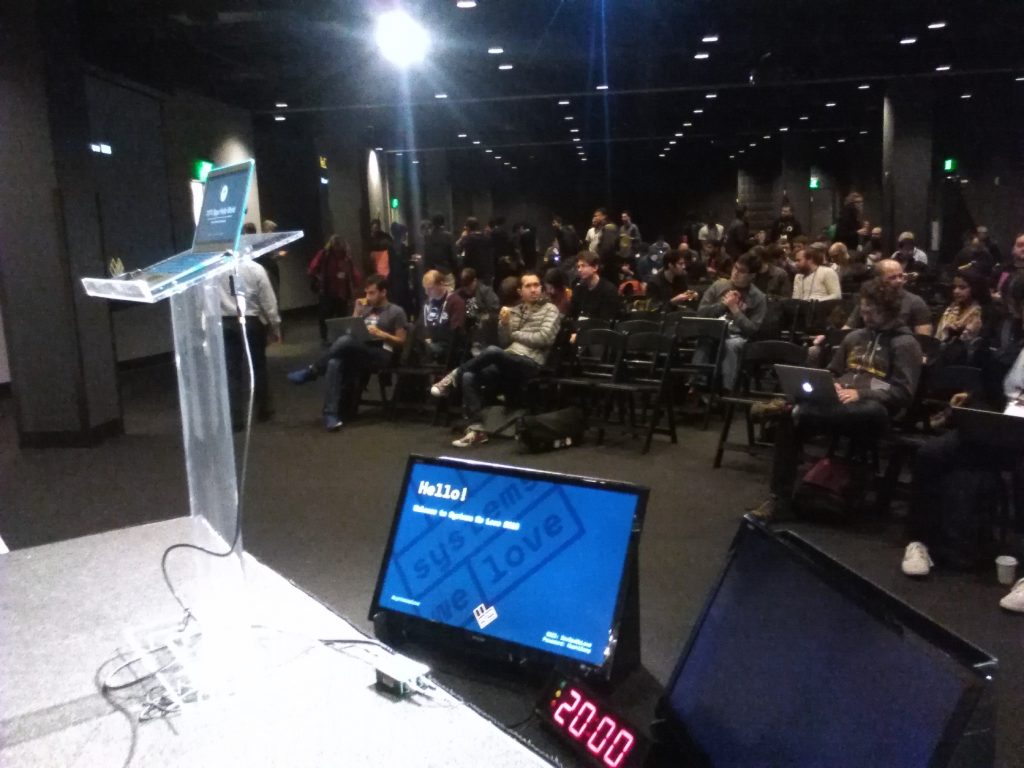 It started with a July tweet asking if there was interest — and after dozens of responses (and 161 “likes”) — it was on. By mid-October, organizers for the first-ever “Systems We Love” conference had received 162 submissions for just 19 speaking slots, and “I marked 70 as ‘would love to see’,” committee member and Joyent software engineer Ryan Zezeski posted on Twitter.

This Tuesday, the conference finally happened… 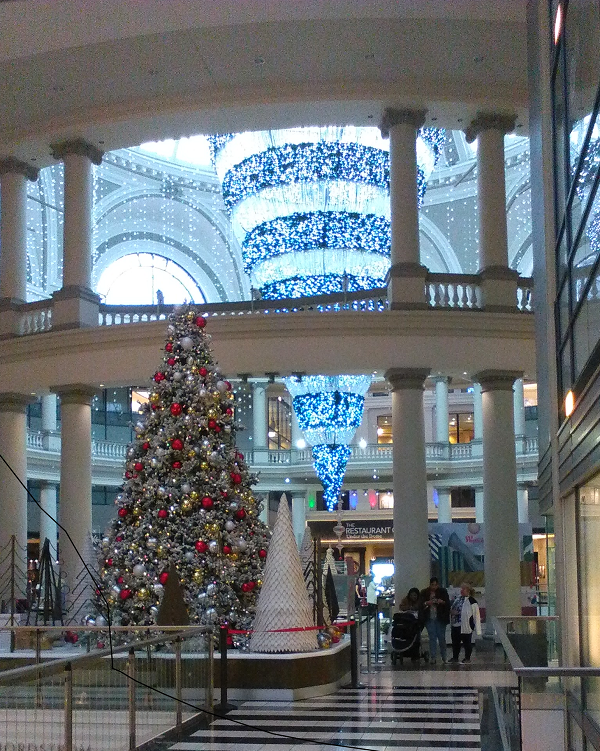 Inspired by Papers We Love — where people give talks on their favorite computer science papers — this event featured talks on favorite systems, conference organizer, and Joyent chief technology officer, Bryan Cantrill explained in a blog post. While papers are nice, “it is ultimately the artifacts that we develop — the systems themselves — that represent the tangible embodiment of our ideas”

So at a Bespoke event space in San Francisco — just past Bloomingdale’s Christmas decorations and the historic Emporium skylight dome — the geeks began to gather. After t-shirts were distributed and pastries were consumed, the crowd stared expectantly as the first speaker took the stage. 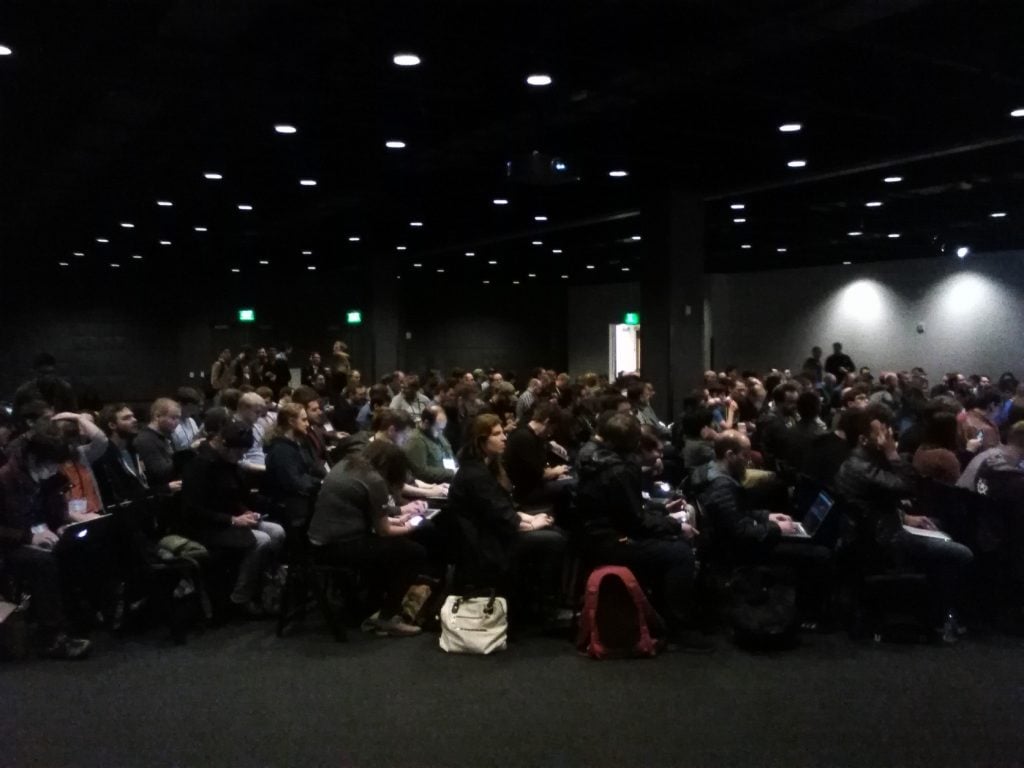 It began with Ryan Zezeski, a software engineer at Joyent, fondly remembering his interactions Roger Faulkner, one of the pioneering programmers from the days when Unix was still spelled with all capital letters — “an engineer’s engineer,” and the creator of its /proc filesystem.

"These programmers solved amazing problems when there were probably only 100 computers in the world." — @adamfblahblah on SABRE

Fletcher also revealed that the reason airline confirmation codes were six characters was because “in the early days that was the block address on a disk… Literally, they just printed up a pointer and gave it to you.”

Meanwhile, the event’s organizers kept up a running commentary on Twitter.

Several other presentations also found their way back to the early days of Unix. San Francisco software engineer Breanne Boland prompted an audience of raised hands when she asked who’d used a man page in the last month, then reminded everyone man pages started out as a single binder filled with printed pages. Documentation is everyone’s problem: Even the creators of Unix, Ken Thompson and Dennis Ritchie were informed by their managers that they were now also in charge of documentation — and the rest was history.

Cody Mello‘s talk on AWK also told tales about the 1970s, when text-processing tools evolved from the work of Ken Thompson and Lee McMahon into the mighty Unix utility, AWK. He reminded the audience that it’s still being actively maintained — 68-year-old Brian Kernighan released the latest version in 2012. And Mello won some admiration from the audience for his own clever Unix trick, which ensures that he’ll always be able to retrace every command he’s ever typed.

Daniel Morsing‘s talk on UTF-8 had one of the most timely slides I’ve ever seen — a photograph of one of the lanyards from this very conference, showing that its printer had transliterated the name Timothée Peigner with its own mishmash of alternate characters, no doubt due to its lack of support for UTF-8.

Everything is fine, I’m okay with this. pic.twitter.com/Dhs7Q7syOs

And the system that Brian Troutwine loved was the Apollo Guidance Computer, though he complained that every time one of his talks about it appears on YouTube, “moon hoaxers” in the comments accuse him of being part of the shadowy cabal that’s keeping the truth from us all.

“I imagine the shadowy cabal pays wells,” he joked, adding “and I’m not a part of it.”

Then he told the audience how the Apollo 11’s computer actually restarted itself during the mission, “which is pretty terrifying when you’re trying to land on a barren world.”

He believes those programmers thought that their own work was boring — that the exciting part was riding that rocket into space — which led his talk to an inspiring conclusion. “What I would encourage all of you to do in your boring, day-to-day work is to go make amazing things.”

Meanwhile, back on Twitter, security geek Sarah Huffman had begun tweeting out pictures of the notes she’d taken:

One New York geek even tweeted that thanks to the livestream, he was watching the presentations while attending another conference — specifically, the Tectonic Summit about enterprise Kubernetes.

And some of the conference’s own tweets were surprisingly poignant.

"The source code for roff is lost — we only have it now through beautiful memories and artifacts." — @breanneboland at #systemswelove

"The past informs our present." Did @bltroutwine just give #SystemsWeLove its unofficial motto?

Marianne Bellotti began her talk by saying that she actually loved the systems most engineers hate — “messy, archaic, duct-tape-and-chewing-gum….” Then added, “Fortunately, I work for the federal government.”

Specifically, she’s part of the U.S. Digital Service, which pairs “technology talent” with workers in the federal government, and regaled the audience with her stories about an IBM 7074 mainframe, built in the 1960s —with 100kb magnetic core memory — that somehow found itself feeding data into a 2016 web application.

"Work like it's permanent." — beautiful, profound advice from @breanneboland at #systemswelove

Jordan Hendricks, an engineer at Joyent, talked about Weenix, a “small but fully functional OS” that’s implemented from scratch every year by students in an operating system course taught by Brown University’s Thomas Doeppner. Over decades of teaching, Weenix demonstrated to students that “there is no magic,” leaving them with a sense of pride, and gushing “How many people get to say they wrote an operating system?”

Interestingly, two different people had suggested a talk with the exact same title: “I love BGP.” Joyent software engineer Richard Kiene ultimately ended up being the one to explain to the audience why the BGP gateway protocol is like asking for directions in a small town. 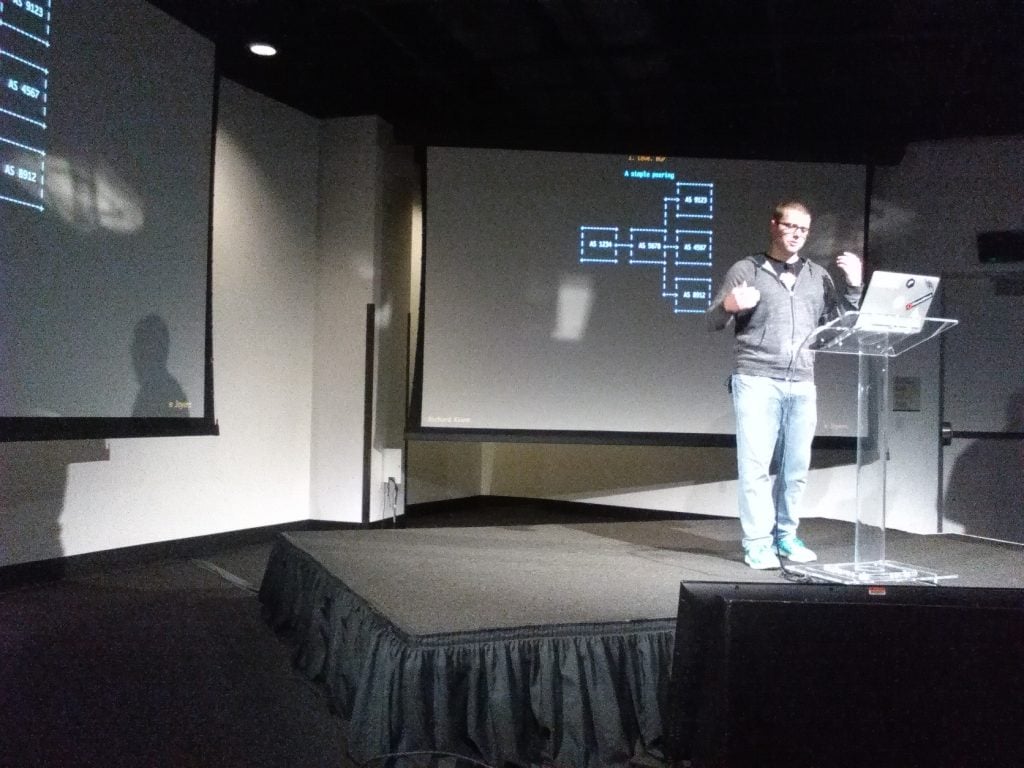 When Cantrill took the stage around 3:00, he joked that “Normally I’m the one turning the history dial… I have been outdone, outclassed…. I’m only turning the history dial back two decades here.” His talk was about the slab allocator — which has been helping Unix kernels manage their memory for 20 years — and how he came to love it, along with a classic textbook called “Unix Internals: the New Frontiers.”

In a world where systems are either grimy, fetid, or immaculate, “For me it is the canonical immaculate system.”

Alex Wilson delved into the history of our current DNS system, and drew applause when his presentation’s slide began by mimicking an old-style PC DOS 2 user interface with the logo for Harvard Graphics. It was his way of taking the audience back to the era when ARPANET was transitioning to TCP/IP, and “there was another host popping up on the network every 20 days.” There was literally just a file called host.txt on SRI-NIC that network operators would download every day to make sure they hadn’t missed anybody.

Late in the day, the conference organizers had one more announcement: that all the leftover food had been donated to the needy courtesy of re-plate.org.

And when it was all over, the conference drew an admiring blog post from Ozan Onay, one of the teachers at San Francisco’s nearby Bradfield School of Computer Science, who called it “one of the most enjoyable conferences I’ve ever attended.”

Providing a link to video for nearly every one of the talks, Onay wrote, “There is a special breed of engineer who reserves their greatest esteem for dusty old workhorse systems: those operating systems and networking protocols and museum piece hardware systems designed decades ago that typically go unseen and unloved.”

“Whether or not you count yourself as one of this strange group of folk, you’ve got to admit that they can tell a good story!”

SHARE THIS STORY
RELATED STORIES
eBay: Betting on Open Source Is Great for Your Business Tackling 3 Misconceptions to Mitigate Employee Burnout The Graph of Life in a Post-Relational World The Process Equation (Cadence Is Everything, Part 2) Entrepreneurship for Engineers: Painkiller or Vitamin?
TNS owner Insight Partners is an investor in: The New Stack.
SHARE THIS STORY
RELATED STORIES
What’s the Future of Feature Management? Kathleen Booth, Creator of the First Assembly Language Snack Stack: If Programming Languages Were Desserts ... WebTV in 2022? Vintage Tech Enthusiast Shows How on YouTube Fear and Layoffs: How to Cope with Tech’s Uncertain Times
THE NEW STACK UPDATE A newsletter digest of the week’s most important stories & analyses.
The New stack does not sell your information or share it with unaffiliated third parties. By continuing, you agree to our Terms of Use and Privacy Policy.