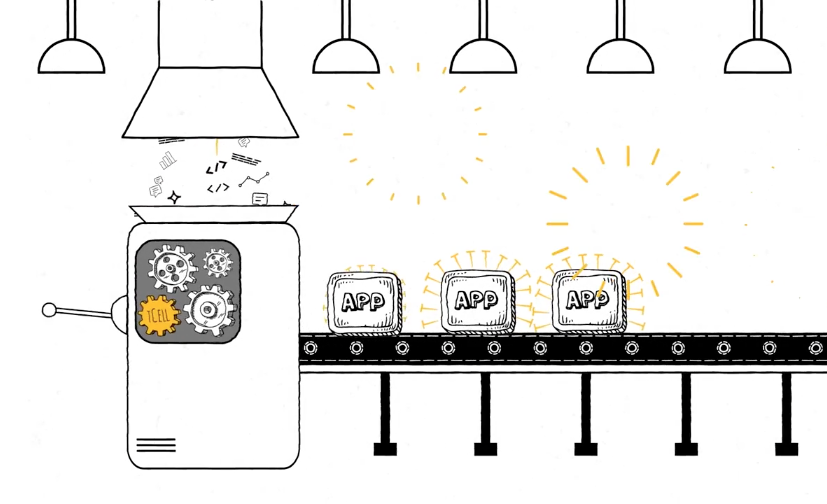 Security startup tCell.io takes inspiration from the immune system in providing what it calls “application immunity” — empowering apps to protect themselves.

It combines what it considers the best of runtime application security protection (RASP) and web application firewall (WAF) technology with cloud-based analytics to provide real-time monitoring of application behavior and pinpoint actual breaches.

CEO Michael Feiertag, former head of products at Okta and technology director at Blue Coat, and Boris Chen, former vice president of engineering at Splunk teamed up to develop a security approach that works with the DevOps approach of delivering software faster.

Based on their own experiences of culture and tools impeding delivery, “We decided to build something new specifically for teams and companies trying to innovate as fast as they could. And to help security teams support more rapid innovation and help them become more secure,” Feiertag said.

How do you protect an app or web service in a production environment? That’s the basic question, Feiertag said.

San Francisco-based tCell is like an immune system that provides insight into what’s happening with the app while it’s running to identify attackers and prevent damage to the application.

In developing the products, they looked not at existing security tools, but at those that developers and ops teams love, such AppDynamics and New Relic, he said.

They came up with a few requirements:

With containers, for instance, its lightweight agents are part of the app inside the container. Nothing changes with all the automation you have in place to build those containers, run them and monitor them, he said.

The architecture places lightweight agents in the application server, the web server, and in the browser. These days 40 percent of the code is JavaScript running inside the browser. It’s all connected to a cloud platform that can take the contextual information from those agents and see far more than you ever could from the network layer, he said.

It recently added its web server agent to its stable of agents for JavaScript, Java, Ruby, Python, Node.js, and .Net to protect against OWASP Top 10  attacks such as cross-site scripting, SQL injection, cross-site request forgery and more.

Kept at a minimum, instrumentation includes added logging and policy checks at the enforcement points. There is no code or trace analysis or other test baggage. Policies are kept lightweight and executed in memory. These strategies enable tCell keeps performance overhead below four percent on a busy system, and usually much less, according to a company whitepaper.

It uses a proprietary data analytics platform supporting both stream-based analytics for near real-time event processing as well as batch processing for less time-sensitive analytics.

It helps client set up best-practices security policies, such as the Content Security Policy, a web standard whitelist of acceptable third-party content that can be uploaded to the browser.

Once a problem is detected — whether an actual breach or just an attempt — users are notified directly, and they can sandbox or block the attack. They can use policy to set blocks, such as saying, “Do not let this application run shell commands” — a tactic hackers used to access the server in the massive Equifax breach, according to Feiertag.

The company has added integrations such as webhooks, incident response vendors such as Demisto, PagerDuty, collaboration app Slack and more.

Susan Hall is the Sponsor Editor for The New Stack. Her job is to help sponsors attain the widest readership possible for their contributed content. She has written for The New Stack since its early days, as well as sites...
Read more from Susan Hall
SHARE THIS STORY
RELATED STORIES
3 Container Practices to Boost Your Security Posture WebAssembly vs. Kubernetes Container Security: A Troubling Tale, but Hope on the Horizon Data, Analytics and AI: What Will Happen in 2023 Connect to Remote Docker Machines with Docker Context
TNS owner Insight Partners is an investor in: Zenefits.
SHARE THIS STORY
RELATED STORIES
4 Ways to Use Kernel Security Features for Process Monitoring Kubernetes Needs to Take a Lesson from Portainer on Ease-of-Use .NET 7 Simplifies Route from Code to Cloud for Developers WebAssembly vs. Kubernetes Data, Analytics and AI: What Will Happen in 2023
THE NEW STACK UPDATE A newsletter digest of the week’s most important stories & analyses.
The New stack does not sell your information or share it with unaffiliated third parties. By continuing, you agree to our Terms of Use and Privacy Policy.