Tech Employers Get Good News from Survey of Industry Workforce

88% of tech industry workers feel appreciated by their employer, according to a 750-person online survey conducted a few weeks ago for Protocol.
Jul 22nd, 2021 12:34pm by Lawrence E Hecht 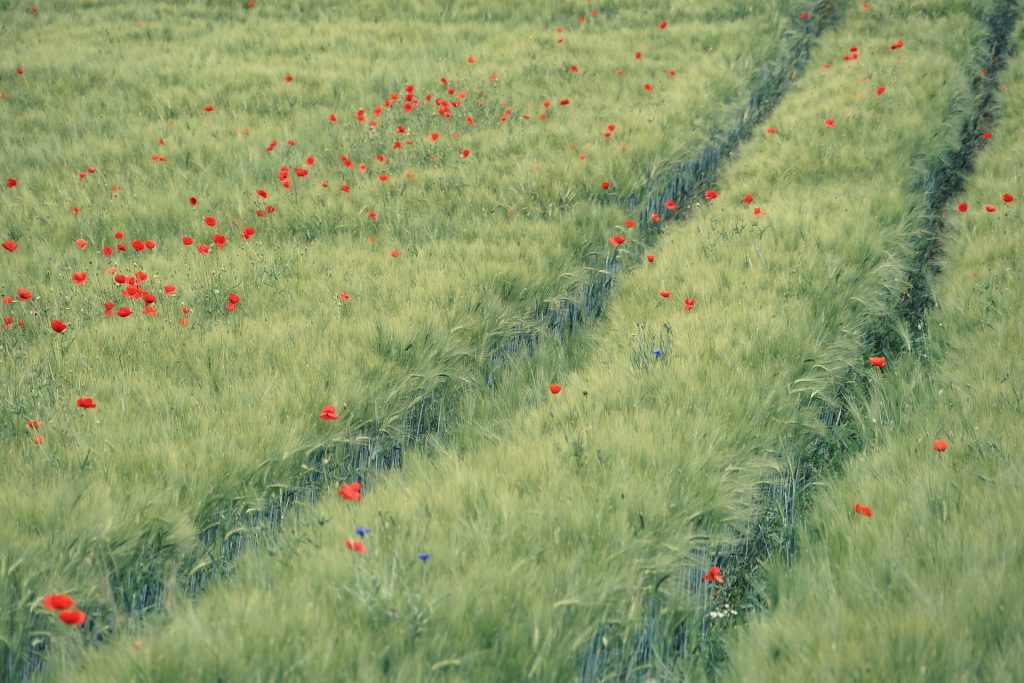 Beleaguered technology company leaders have reason to smile because 88% of tech industry workers feel appreciated by their employer, according to a 750-person online survey conducted a few weeks ago for Protocol | Workplace. Employees overwhelmingly feel professionally supported — 50% strongly agree with that statement and another 38% somewhat agree.

Even more good news: 87% believe they have a good work-life balance. This doesn’t sound like the burnout that has been widely reported, but these workers also appear to have bosses that are better at setting expectations. Work-life balance may be on the upswing because 89% say they at least somewhat agree that their company has figured out how to make remote and hybrid meetings work well.

Diversity, equity and inclusion (DEI) is another bright spot, with 83% of Black tech industry workers and 81% of Hispanic tech workers at least somewhat agreeing that their company takes DEI seriously. While no one can say for sure what would happen, 77% believe the HR department at their company would safely and effectively address allegations of sexual assault, harassment and/or discrimination. Black employees (63%) and those working at smaller companies (69%) both had less confidence.

All that good news is enough to make the average person at a keyboard feel like they are being gaslighted. Maybe you are. Perhaps up to 40% of the employees at these companies are not technologists but are instead administrators, salespeople, janitors and the like. Yet, 79% of the survey had at least a Bachelor’s degree. That’s more than twice the educational rate in the US. If you are non-binary, you didn’t even exist in this survey — the demographics were 64% male and 36% female. Digging into the data, the females were less likely to see opportunities for career advancement.

In other words, there is still a long way to go. Let’s keep at it. 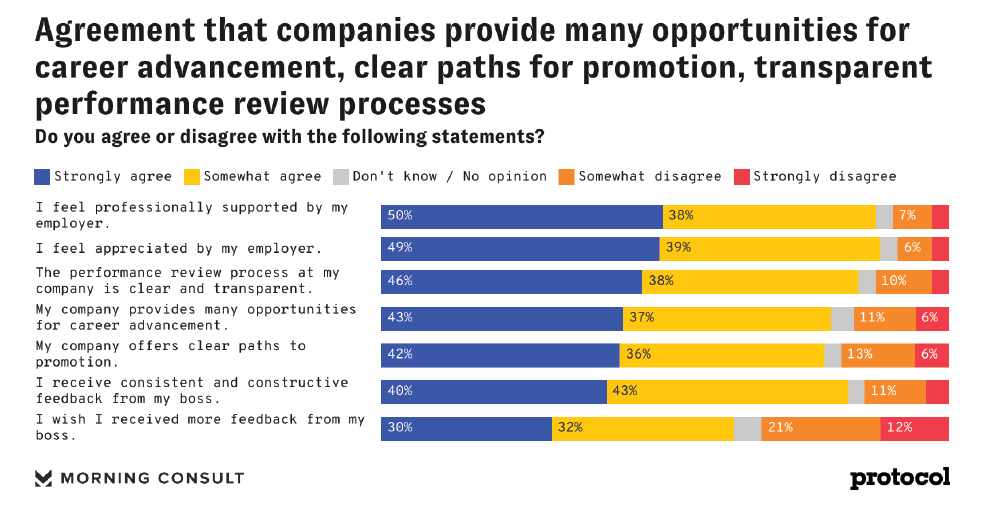 Women are more skeptical about their opportunities for career advancement and promotion. The men versus women splits for those questions were 85% vs. 72% and 82% vs. 70%. Source: Protocol | Workplace “Tech Employee Survey 2021”. 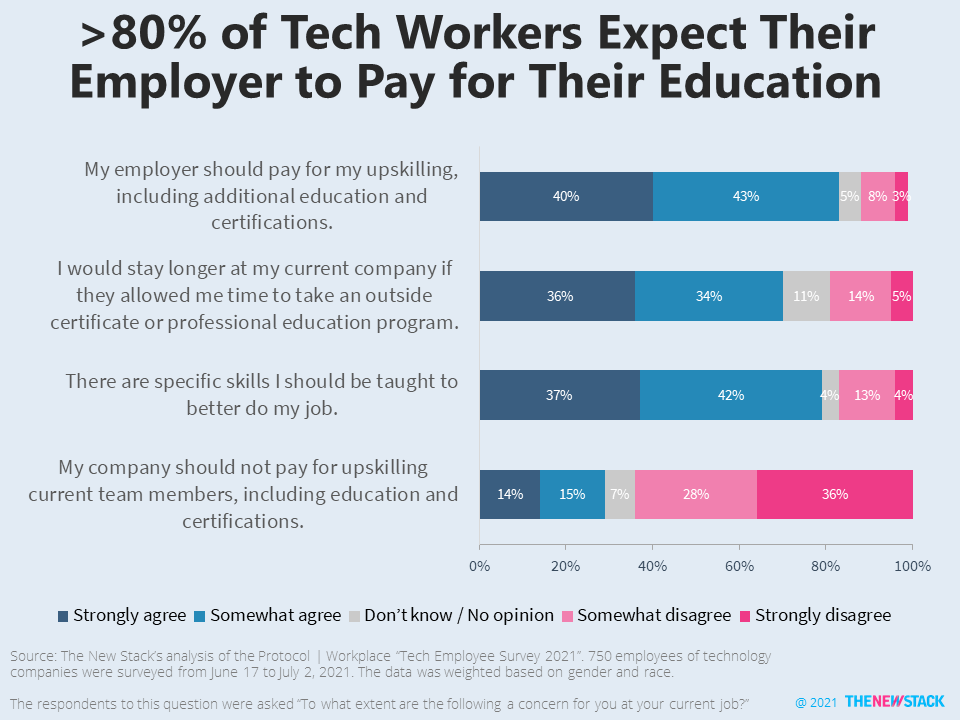 Tech workers expect others to pay for their training even if they will eventually go work for another company. 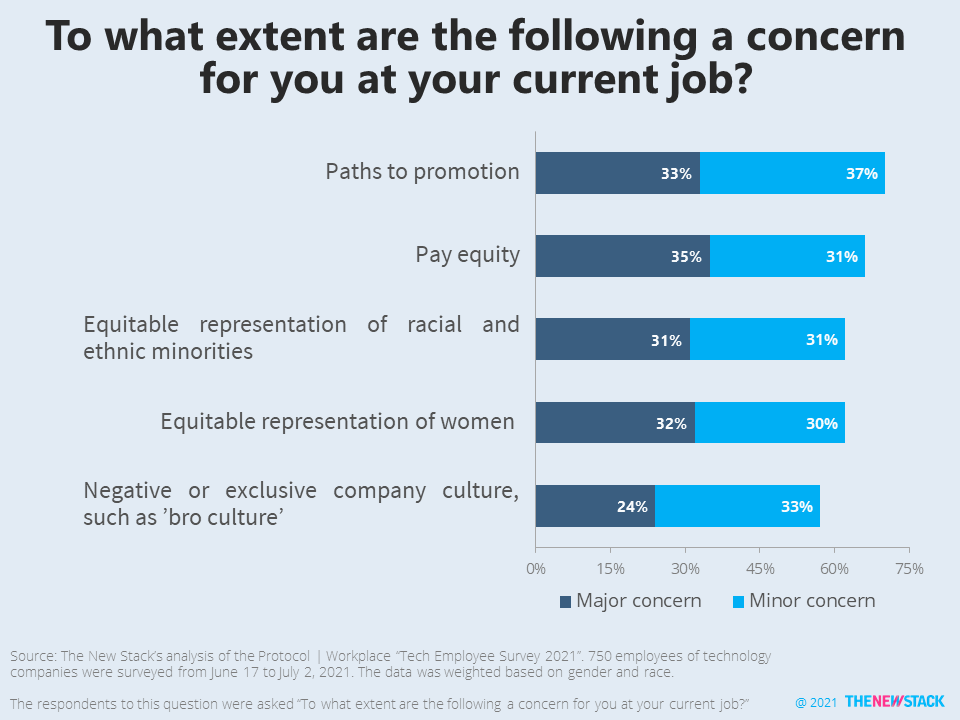 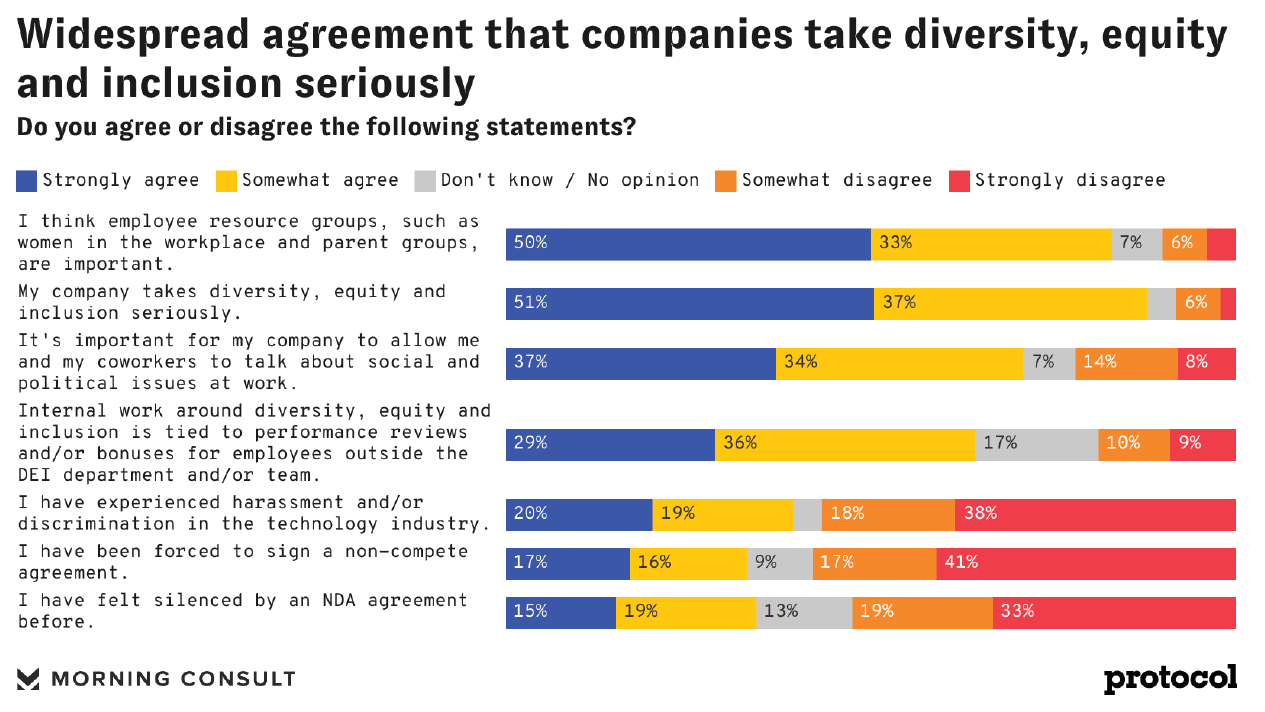 17% couldn’t answer the question about DEI being tied to performance reviews. That might change over time. Source: Protocol | Workplace “Tech Employee Survey 2021”. 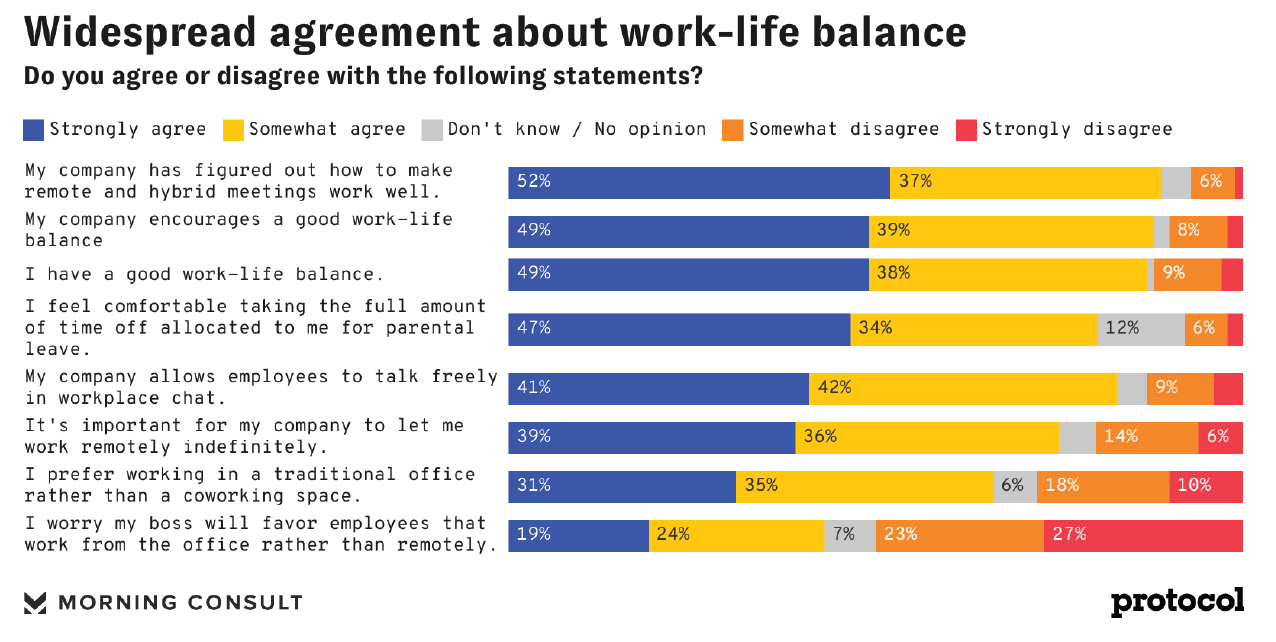