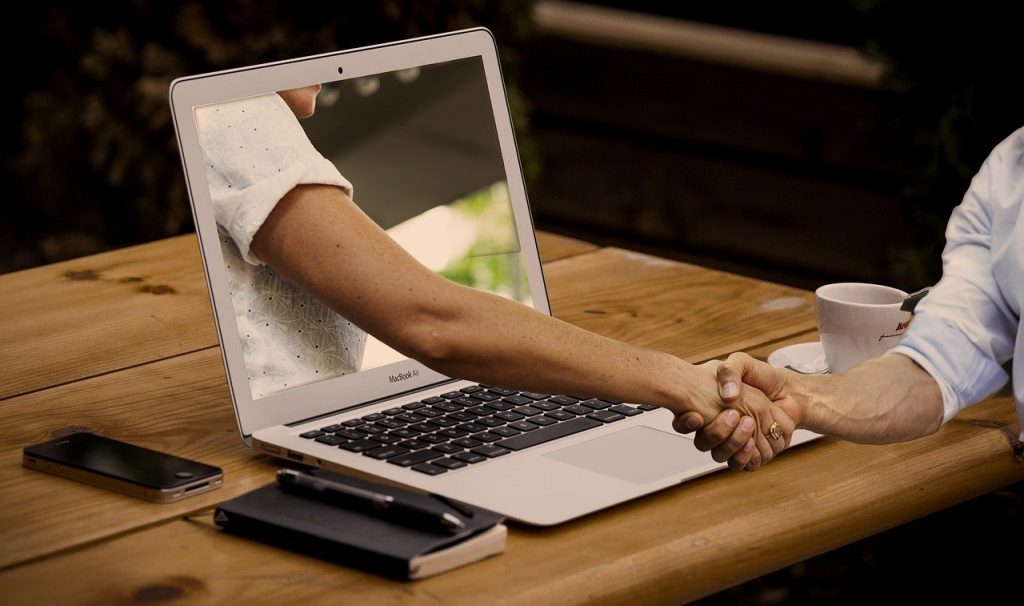 Stop the hate and attention-grabbing headlines! The technology sector continues to be the most trusted among nine business sectors asked about in the 20th annual Edelman Trust Barometer. Analysis of this report, The Verge Tech Survey 2020, and countless other studies indicate that animus towards generic “big tech” companies is due primarily to their role in controlling the media, and in particular social media.

Of course, the public relations giant Edelman emphasized the negative by highlighting this headline last week: “Tech is No longer the most trusted sector in 13 markets globally — a new record.” Don’t over-interpret that finding. Globally, trust in the technology sector has stayed at about the same level over the last eight years, while financial services and energy firms have seen a big jump in trust. Tech’s halo effect is not fading as much as other industries have stepped up their corporate citizenship, or at least have had effective public relations efforts. 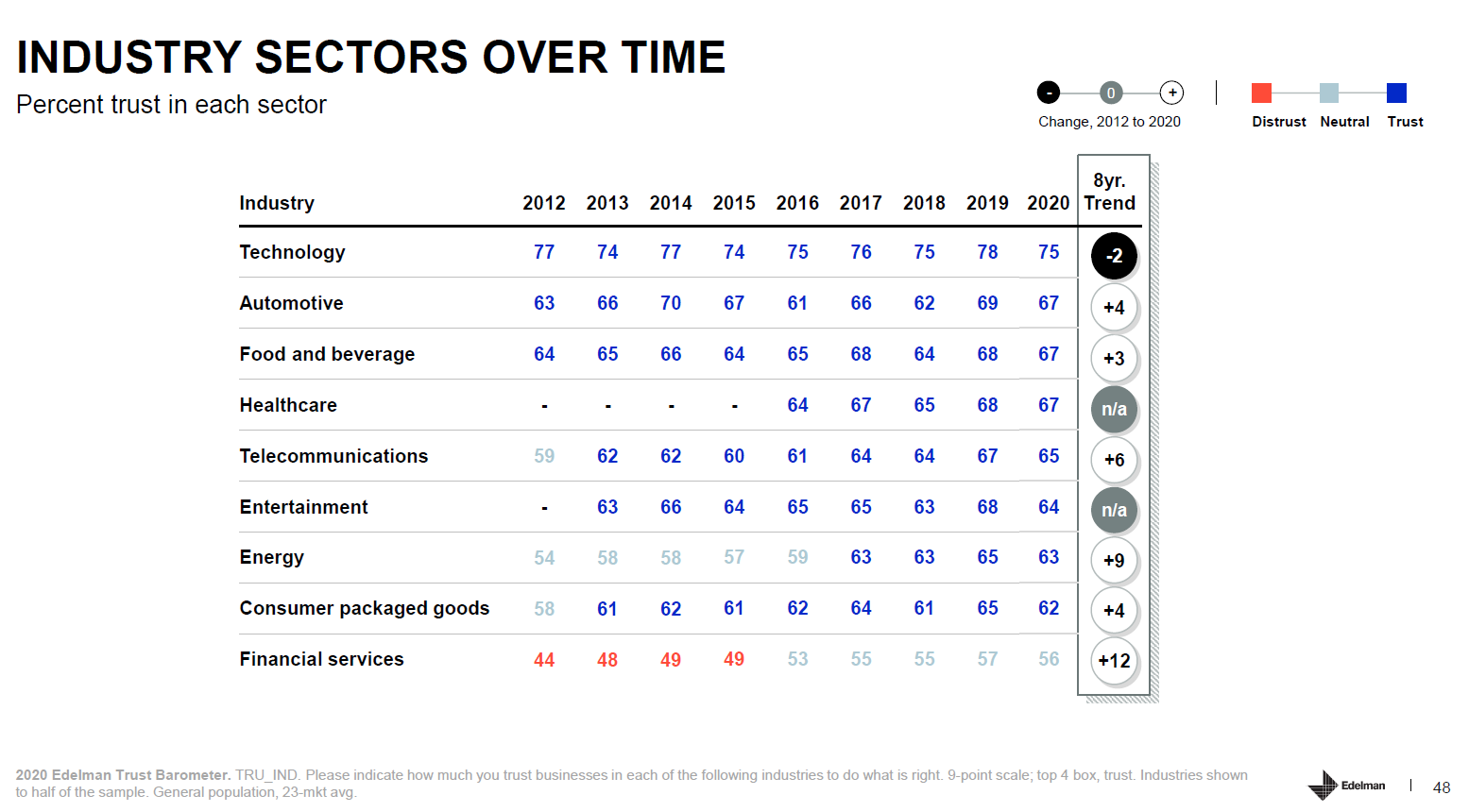 The study did show a significant drop in trust in the United States, France, Canada and a few other countries. At the same time, trust continues in the technology sector continues to be incredibly high in China, India and other developing countries. Globally, 61% believe the pace of technology change is too fast. Furthermore, respondents worried about “false information or fake news being used as a weapon” rose from 70% in 2018 to 76% in the latest Edelman report. In addition, there is are high levels of distrust about emerging technologies like cryptocurrency and artificial intelligence.

The report doesn’t specifically break out some of the data by country, but our interpretation is that people in these rapidly growing markets know how dramatically their standard of living has improved, while citizens of rich countries focus on privacy, media manipulation and income inequality.

Some of our analysis is based on our reading of 20 years of high-quality surveys on internet and technology topics conducted by the Pew Center. More recently, the aforementioned U.S.-based survey by survey found that at least 89% of consumers have a favorable view of Amazon, Google, Netflix and Microsoft. Only 61% were favorable towards Twitter, while 71% feel that way towards Facebook. Furthermore, 26% think Facebook has a negative impact on society, with Twitter close behind at 25%. The study also asked about other brands such as YouTube and Instagram, both of which did poorly. Anti-Facebook sentiment is partly why 72% think the company has too much power.

Policy solutions to address too much corporate power include increased regulation and aggressive anti-trust enforcement. Those topics are beyond the scope of what this article covers, but there is growing left-right agreement in American that these approaches are necessary. Yet, when asked about specific companies and actions, people are still very circumspect. For example, only 51% think Google and YouTube should be split up and two-thirds believe it is okay for Facebook to own Instagram and WhatsApp.

Finally, remember there are huge divides in opinions based on age and education. Dan Seifert, The Verge’s deputy editor, believes that “Amazon/Google backlash is decidedly contained to elites/coasts/bubbles.” Based on the data, he appears to be right, but that still leaves Facebook, Twitter and privacy-invading applications in everyone’s cross-hairs.

In another question, only 51% knew Google owns YouTube, with even fewer aware of Facebook’s ownership of Instagram and WhatsApp. This means that many respondents did not know about the respective corporation’s ownership positions before they were asked if the companies should be broken up.

For additional point of views, we recommend reading:

Lawrence has generated actionable insights and reports about enterprise IT B2B markets and technology policy issues for almost 25 years. He regularly works with clients to develop and analyze studies about open source ecosystems. In addition to his consulting work,...
Read more from Lawrence E Hecht
SHARE THIS STORY
RELATED STORIES
Entrepreneurship for Engineers: Avoiding Feature Bloat How to Get Started Filling 3.4 Million Cybersecurity Jobs Watch Out, Attackers Have Their Heads in Your Cloud! 2022 in Review: AI, IT Armies, and Poems about Food How Will Working in Tech Change in 2023?
SHARE THIS STORY
RELATED STORIES
The Power and Ethical Dilemma of AI Image Generation Models 2023 Will Be the Year FinOps Shifts Left Toward Engineering Wellspring of Creativity: Why Public Domain Matters SRE Housekeeping: Where to Get Started for New Hires Java's James Gosling on Fame, Freedom, Failure Modes and Fun
THE NEW STACK UPDATE A newsletter digest of the week’s most important stories & analyses.
The New stack does not sell your information or share it with unaffiliated third parties. By continuing, you agree to our Terms of Use and Privacy Policy.