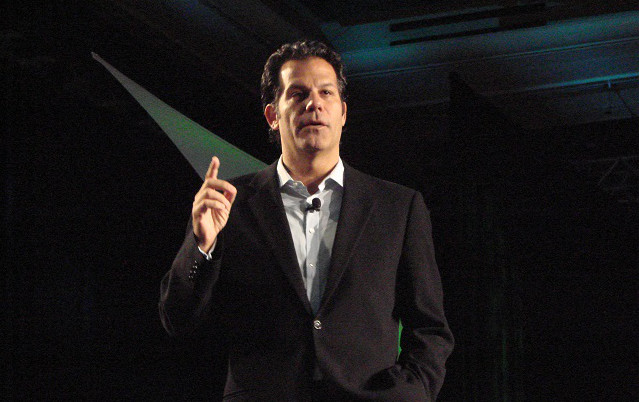 Last month, MIT’s Technology Review ran a provocative article warning that tech startups had revitalized a handful of metro areas — while hollowing out their middle-class neighborhoods. But the most interesting thing about the article — “The Unaffordable Urban Paradise” — may be its author. It was penned by the geographically-named Richard Florida, a Toronto professor who’s made a career out of touting the benefits of the creative class.

“Through books and magazine cover stories, pricey speeches and consultations, the TED-talking University of Toronto professor popularized the early-aughts idea that faded cities could revitalize themselves by attracting the talented, intellectual types who made up what he called the ‘creative class’,” noted the Houston Chronicle about Florida. Florida has written several books about the creative classes — for example, “The Rise of the Creative Class” (2002) as well as “The Flight of the Creative Class” (2005) and “Who’s Your City?” (2008).

But in 2016, the Houston newspaper noted that San Francisco and New York, Austin and Seattle and Washington “have seen the theory work entirely too well, as creative and techy types revitalized downtown neighborhoods to the point where only bankers and software developers can afford to live in them comfortably.” In 2009, the American Prospect even derided Florida’s consulting partnerships and paid speeches as promoting “the ruse of the creative class.”

Florida’s latest article could be seen as part of a long and ongoing apology. “I got wrong that the creative class could magically restore our cities, become a new middle class like my father’s, and we were going to live happily forever after,” Florida told an audience in Houston in October. “I could not have anticipated among all this urban growth and revival that there was a dark side to the urban creative revolution, a very deep dark side.”

His newest book is called “The New Urban Crisis: How Our Cities Are Increasing Inequality, Deepening Segregation, and Failing the Middle Class — and What We Can Do About It.” The Wall Street Journal says Florida’s new book confronts “this tension between big-city elites and the urban underclass.” Three months after its release, it’s still one of the top five books in Amazon’s “Urban Planning & Development” subcategory (in the social sciences section).

In Florida’s new essay on Technology Review, he identifies the big change happening over the last four decades. The “geography” of the high-tech industry in the 1980s was located entirely in suburbs like the Route 128 beltway outside Boston or North Carolina’s Research Triangle — while New York City, for example, had “virtually zero” venture capital-backed startups. But today the Big Apple now hosts $7.6 billion worth of startups — more than Silicon Valley, and closely followed by the city of Los Angeles, while San Francisco has three times as much. And VC money is now also flowing into cities like Boston and Cambridge.

“The likes of Google, Apple, Microsoft, and Facebook continue to maintain suburban campuses, but more than half of venture-capital-financed startups are now in dense urban neighborhoods. Amazon’s headquarters are in downtown Seattle, and Google has now taken over the old Port Authority building in Manhattan,” Florida wrote.

He calls this a “historical correction,” citing a statement from Y Combinator co-founder Paul Graham about Silicon Valley’s “soul-crushing suburban sprawl”: “It has fabulous weather, which makes it significantly better than the soul-crushing sprawl of most other American cities. But a competitor that managed to avoid sprawl would have real leverage.” Florida argues that that’s just what happened, with startup talent being lured to other cities with lively creative cultures, along with reasonably-priced warehouses that can be re-configured into workspaces.

“Cities and startups are a natural match,” he suggests, right before calling out its downside. He’s dubbed this phenomenon winner-take-all urbanism, “where a relatively small number of metro areas, and a small number of neighborhoods within them, capture most of the benefits.”

Middle-class neighborhoods get “hollowed out” — fewer than 40 percent of Americans now live in one, compared to roughly 66 percent back in 1970, with their population shrinking in 203 of the 229 U.S. metro areas between 2000 and 2014. In a sad irony, the cities with the smallest middle-class populations are tech centers like New York, San Francisco, Boston, Los Angeles, Houston, and Washington, D.C.

So while tech companies provide jobs (and tax revenues for cities), Florida urges them to help blue-collar and service workers share in the prosperity. “The superstar cities they’ve helped create cannot survive when nurses, EMTs, teachers, police officers, and other service providers can no longer afford to live in them.”

Florida’s recommendations drew support from a commenter on Hacker News. “The Bay Area needs to build housing as quickly as possible. If you work at a tech company, please consider getting your company involved. If you can’t participate directly, there are increasingly many groups in the Bay Area dedicated to lifting outdated zoning restrictions and accelerating the pace of housing development.”

But this comment immediately drew a response worrying that more housing could bring more traffic — a concern which apparently prompted the city of Mountain View to back away from plans to build 10,000 new homes. Another commenter wondered why Richard Florida hadn’t discussed telecommuting — or the possibility of simply relocating companies to less-populous cities.

But at least a new discussion is underway.