Tectonic Summit: Kubernetes for the Enterprise 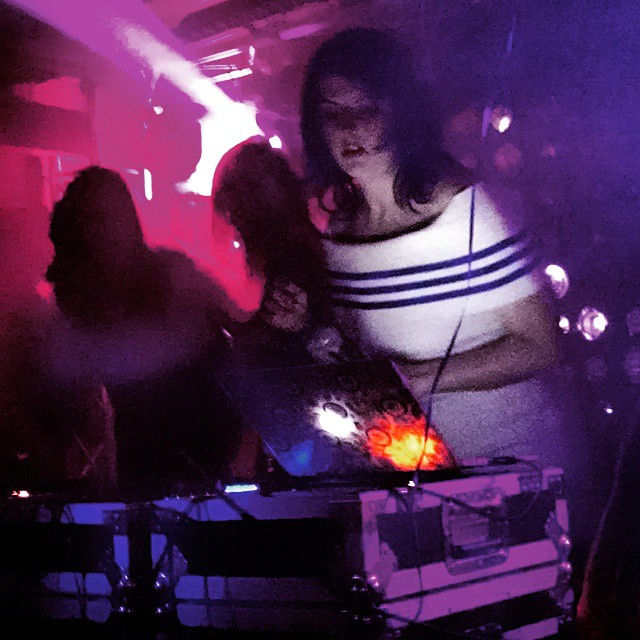 While much of the discussion thus far around the Google Kubernetes’ software has been around the technology itself, there are still many unanswered questions around how enterprises could use Kubernetes to run their IT operations more effectively.

Answering this need is the mission of behind CoreOS’ Tectonic Summit, taking place next week in New York. CoreOS’ itself offers a commercial distribution of Kubernetes called Tectonic. So, not surprisingly, the invite-only conference will focus on how Kubernetes and Tectonic could be used by organizations in production-scale operations.

“We wanted to host a discussion specifically talking about why businesses should even care about Kubernetes. How does it save money? How does it help you get to the market even faster?”  said Alex Polvi, CoreOS CEO. “We believe there is a ton of business value here, but that discussion has been under-represented in the space.”

“We’re doing in New York to get out of Silicon Valley a bit,” he added. 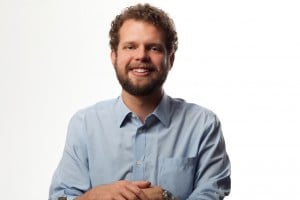 The summit will feature a number of promising talks from Kubernetes’ early adopters, including folks from Morgan Stanley, Goldman Sachs, Verizon, Viacom and the International Securities Exchange.

For CoreOS, Google’s Kubernetes was a logical choice to commercialize, according to Polvi said. Google developed Kubernetes to manage large numbers of containers, allowing users to easily scale up workloads to meet greater demand.  For Google, it provides a way to easily add more servers, without increasing the size of the operations teams. It paves the way for container-based IT architectures.

For enterprises interested in this approach, Kubernetes could offer consistency, Polvi said.  The software, for instance, could provide a way to easily move a multi-container-based workloads across different cloud providers, or between a cloud provider and an in-house data center, while maintaining consistency of operations.

Another benefit to a container-based approach is security, Polvi said. A security administrator could more easily assess all the software within an organization’s purview, if the applications, along with their dependencies, are packaged  in containers.

Recently, CoreOS released a beta of an open source tool that can scan the contents of containers for vulnerable packages, and Docker is working on a similar capability as well. Containers can also be isolated for greater security by wrapping them within VMs. 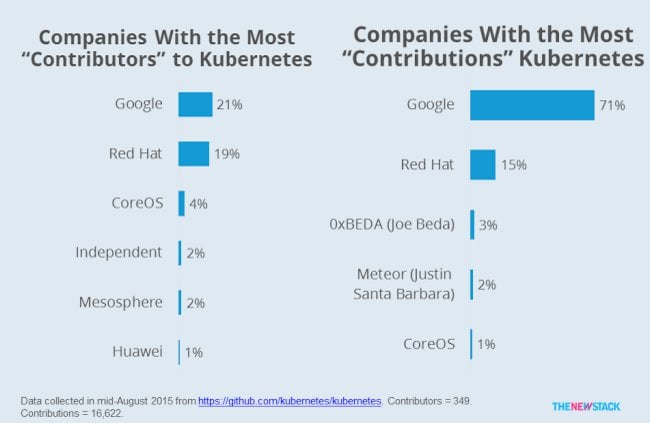 Contributors to the Kubernetes codebase.

Enterprises are finding that they are becoming service providers much like Google or Facebook. “If you are a retail company, you have your mobile apps and Web services,” Polvi said. So naturally, it makes sense to follow the architectural paths set by the Web-scale companies.

Independent software vendors (ISVs), and companies that offer software-as-a-service (SaaS) have both been early adopters of this approach, Polvi said. In both cases, packaging the software in containers makes it easy for the SaaS provider to manage their own applications, and makes it easy for the ISVs to package their products for easy consumption by the customer.

“In 2015, an application isn’t just one binary running on one server. It’s a distributed set of services all running together,” Polvi said.

CoresOS, Docker, and Red Hat are sponsors of The New Stack.

Joab Jackson is Editor-in-Chief for The New Stack, assuring that the TNS website gets a fresh batch of cloud native news, tutorials and perspectives each day. He has logged over 25 years in infrastructure IT journalism, including stints at IDG,...
Read more from Joab Jackson
SHARE THIS STORY
RELATED STORIES
Application Storage Is Complex. Can Automation Simplify It? Docker Swarm, a User-Friendly Alternative to Kubernetes How to Implement a Security Scanner for Docker Images Connect to Remote Docker Machines with Docker Context Data, Analytics and AI: What Will Happen in 2023
TNS owner Insight Partners is an investor in: The New Stack, Docker.
SHARE THIS STORY
RELATED STORIES
Top 5 Considerations for Better Security in Your CI/CD Pipeline How to Implement a Security Scanner for Docker Images Install Dozzle, a Simple Log File Viewer for Docker WebAssembly vs. Kubernetes Docker Swarm, a User-Friendly Alternative to Kubernetes
THE NEW STACK UPDATE A newsletter digest of the week’s most important stories & analyses.
The New stack does not sell your information or share it with unaffiliated third parties. By continuing, you agree to our Terms of Use and Privacy Policy.