Ted Nelson: What We Can Still Learn from Xanadu 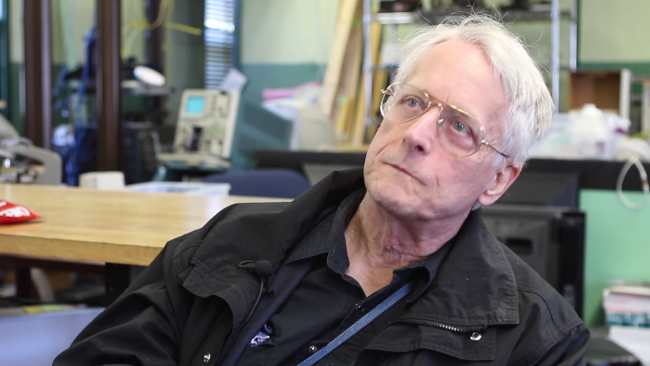 Are there still lessons to be learned from the early days of computing?

We live in a world where businesses run their own custom-created microservices — but on other people’s servers. And watching it all is Ted Nelson, an internet pioneer who turned 80 last June.  Nelson’s been credited with coining several words that are permanently lodged in our technical lexicon, including “hypertext” and “hypermedia” (as well as “virtuality”). Nelson saw the need for interconnected documents, decades before the eventual birth of the World Wide Web.

During college and graduate school in Harvard, Nelson envisioned a computer-based writing system that he called Xanadu, which would serve as an electronic repository for the world’s knowledge, complete with “jump links” between associated documents. The idea of Xanadu pre-dated Tim Berners-Lee’s invention of the World Wide Web by several decades, and in some ways still is ahead of the web.

Nelson has been critical of the web, which he saw as a simplification of ideas of Xanadu, which has never been implemented (Wired has called Xanadu “the longest-running vaporware project in the history of computing.”) Nelson has since watched the web grow up — and sometimes that experience has been bittersweet.

So what does Ted Nelson wish we’d done differently?

IEEE’s Spectrum magazine recently published video, “What Modern Programmers Can Learn From the Past,” from a short conversation with Ted Nelson when he was a keynote speaker at the Vintage Computing Festival East in New Jersey in 2016.

“When we look at the past of computer-dom,” he began, “it’s through a lens which is very peculiar. Because things have changed so much, so fast, that to me those 50 years, since I’ve been in the computer field, have gone so quickly, the past seems ever-present.”

Nelson cites the idealism of the 1960s, which included “hopes for a new kind of economy.”

“That spirit of that age leaked into the computer world. There was a sense of possibility at the beginning…” He pauses thoughtfully. “… that [was] different because we thought computing would be artisanal.” 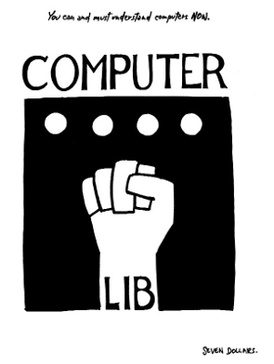 Indeed. Back in 2007, William C. Lowe, the executive overseeing IBM’s first PC, shared his memories of the 1978 presentation that Nelson gave them as IBM worked on its early designs. As described by a blog post by John Markoff, “the resulting slideshow, in which Mr. Nelson sketched out a world in which computer users would be able to retrieve information wherever they were, came as a shock to the blue-suited IBM executives, Mr. Lowe said.”

Nine years later Nelson wrote about how far things had progressed in an update to his seminal book Computer Lib/Dream Machine. “In 1974, computers were oppressive devices in far-off air-conditioned places. Now you can be oppressed by computers in your own living room.”

Markoff also wrote that Nelson insists that the computer industry later cherry-picked “some” of his ideas, but missed the larger picture.

“We did not imagine great monopolies,” Nelson said in the video interview. “We thought [he pauses and smiles] the citizen programmer would be the leader.” Then he adds, almost as an afterthought, “When I say ‘we’, I mean ‘I’, but of course I had a sense I was sharing this with a lot of people — had visions of democratization, of citizen participation, of great vistas of possibility for artistic expression in software…” 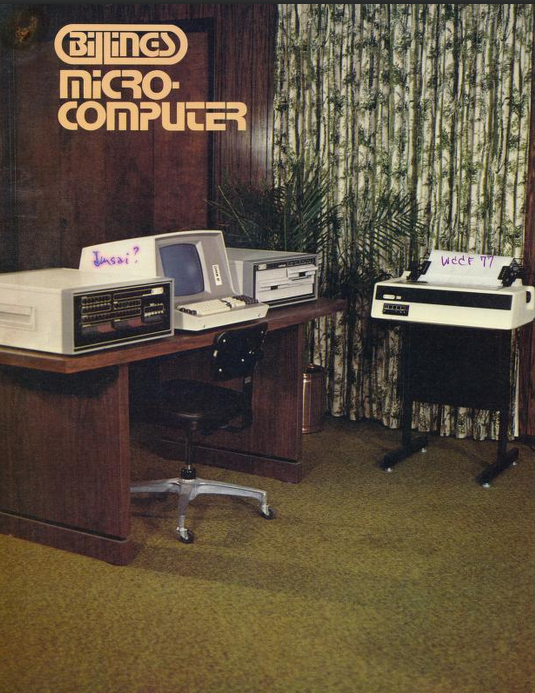 In 1999 Nelson summarized his idea for a computing paradigm with a series of pithy quotes, which begins:

“The purpose of computers is human freedom.”

“No one’s life has yet been simplified by a computer.”

Even back in the 1960s, Moore’s Law had been stated to him as a general principle — things will get faster and cheaper — and people foresaw a day when everyone had computers. In the video interview, Nelson says that was when he began thinking about documents of the future, envisioning “parallel connections” between documents — pages with a visual “bridge” between them. ”

The hypertext concept developed through various projects in the 1960s and 1970s. But the version that took off was Berners-Lee’s, which was the sixth or seventh hypertext system on the internet. Nelson describes it as “a clean job that had the clout of CERN behind it.”

But for Nelson, connected information has been a vision he’s been pursuing for literally his entire life. In 2016 Nelson also appeared in a film by Werner Herzog — a documentary titled Lo and Behold, Reveries of the Connected World — sharing an even earlier memory — one day in 1942, in a rowboat with his grandparents, when he was a young boy dragging his fingers through the water — and watching the water come together again on the other side. In that moment he realized a vast truth about the universe — that “The world is a system of ever-changing relationships and structures.”

In the film, Nelson demonstrates a larger possibility for browsing documents — in which related documents are also fully visible, and their relationship to the primary document easily visualized. 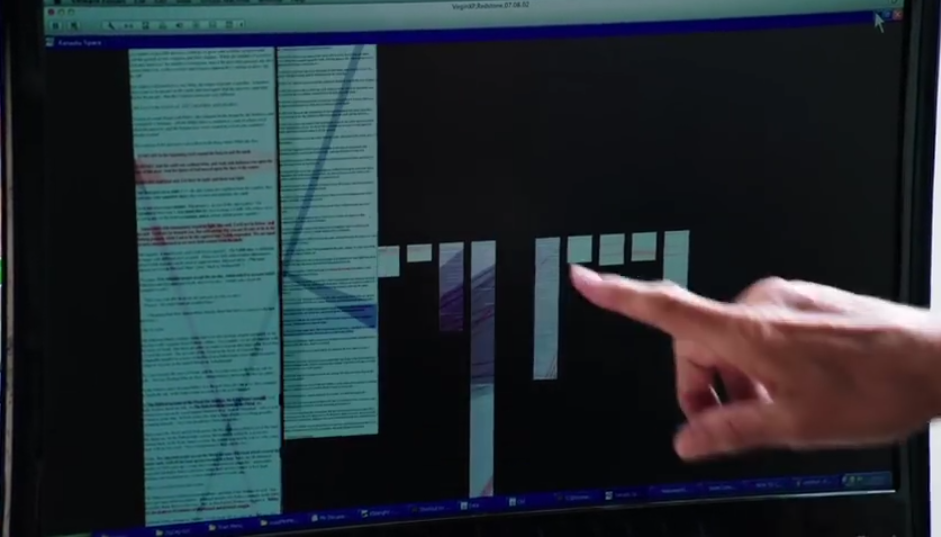 Last year, Nelson also made another mark on internet history. He turned over several decades worth of junk mail to the Internet Archive — 18 boxes of it. “It’s a bit of painful irony,” joked Motherboard, “but our best chance at saving much of our computing history involves a few thoughtful souls who thought better of throwing away their physical junk mail back in the day.”

But his larger quest remains the pursuit of his original vision. “I knew ten times more fifty years ago, when I started in computers than most people think I know now,” Nelson writes in the preface to his recent book, Possiplex. “I considered myself a philosopher and a film-maker, and what I knew about was media and presentation and design, the nature of writing and literature, the processes of technical analysis and idea manipulation, and the human heart. I also knew about projects, and why one dares follow the inner urgings of a project, going where its nature wants to go. ”

“I saw in 1960 how all these matters would have to transpose to the interactive computer screen. And I have been dealing with the consequences, including both the politics and the technicalities, straight on through since then.”

Feature image from Spectrum’s  “What Modern Programmers Can Learn From the Past.”

SHARE THIS STORY
RELATED STORIES
Why Your Kubernetes Ship Is Sunk without Machine Learning Top 6 SaaS Security Threats for 2023 Surmounting the Challenge of Building Web3 Applications  Linux Foundation Study Assesses 'Outsized' U.S. Influence on Open Source Watch Out, Attackers Have Their Heads in Your Cloud!
SHARE THIS STORY
RELATED STORIES
How Platform Engineering Can Improve DevOps Collaboration Watch Out, Attackers Have Their Heads in Your Cloud! Internal Developer Platforms Are for DevOps too Is the Answer to Your Data Science Needs Inside Your IT Team?  Platform Engineering in 2023: Doing More with Less
THE NEW STACK UPDATE A newsletter digest of the week’s most important stories & analyses.
The New stack does not sell your information or share it with unaffiliated third parties. By continuing, you agree to our Terms of Use and Privacy Policy.