Context: As Telcos Embrace OpenStack, They May Also Rewire It 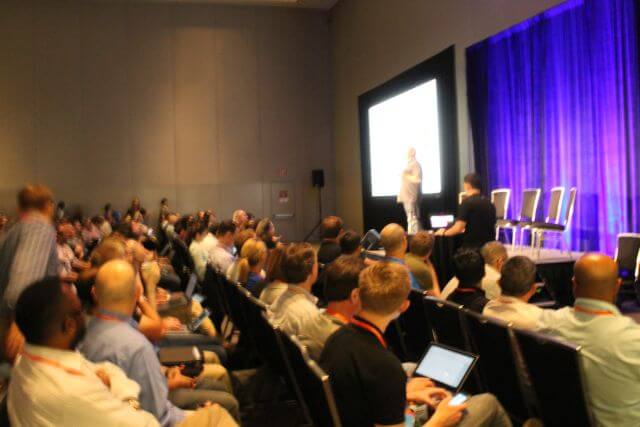 TNS DAILY
We're launching a new daily news service! Beginning March 1st, you can receive a free daily roundup of the most recent TNS stories in your inbox. Pre-register now, never miss a story, always stay in-the-know.
This week, we kick off a brand new podcast, “Context,” in which TNS reporter Scott Fulton offers a concise and technically savvy view of the latest trends in application development and deployment at scale.  Check in every other Thursday for new episodes of Context, or subscribe to Context from your podcast reader.

For OpenStack, which has just emerged triumphant in the battle for the open source hybrid cloud platform space, its next great contest has already begun.  It needs to become capable of scaling high-availability, high-bandwidth workloads, including the network functions used by customers in the telecommunications space, with a mechanism other than the ones it has now. AT&T has surged into a leadership position very rapidly, having thrown down the gauntlet last March, pushing open source developers to help it build its next-generation data network services.  It uses OpenStack now, but it can’t deploy OpenStack in any of the ways it’s been designed.

The story of AT&T’s decision and the impact it will have on OpenStack and the IT community at large is the subject of the first edition of The New Stack: Context, a twice-monthly podcast that will examine emerging topics in the information technology infrastructure. Our first program takes you into the capacity crowd at the AT&T session, lets you hear the engineers’ assessments and opinions, and sketches out the multiple evolutionary routes that OpenStack may take from here.

Show 1: OpenStack and the Homogeneity Problem

“From January to October 2015, we deployed 20 zones. And it was painful… extremely painful,” said AT&T Assistant Vice President Greg Stiegler, speaking last week to an overflow capacity crowd at the OpenStack Summit in Austin, Texas. “We spent a lot of time during that same timeframe, a massive amount of time, automating our deployments. The result of that was, 54 zones deployed in 2 months.”

What Stiegler is effectively saying is that having been pushed into a corner, AT&T found a way to automate rapidly the deployment of servers worldwide — servers that do use OpenStack for resource orchestration (RO). IT departments everywhere are intrigued about how the telco made the turnaround. The answer involves normalization: a process of deciding how few types of servers the company will allow itself to deploy, and templatizing its workload automation around those few types.

For a conference whose chosen theme was “Embracing Diversity,” the message that carried the day was clearly one of homogeneity.

Scott M. Fulton III leads the developer content team at Neo4j, and before this, was a 37-year veteran producer and editor, including for The New Stack, where he created the Context podcast. He produced the Scale blog for ZDNet, was...
Read more from Scott M. Fulton III
SHARE THIS STORY
RELATED STORIES
Data, Analytics and AI: What Will Happen in 2023 Install Minikube on Ubuntu Linux for Easy Kubernetes Development Kinsing Malware Targets Kubernetes Kubescape: A CNCF Sandbox Platform for All Kubernetes Security Why Your Kubernetes Ship Is Sunk without Machine Learning
TNS owner Insight Partners is an investor in: The New Stack.
SHARE THIS STORY
RELATED STORIES
A Look at Kubernetes Deployment Rethinking Java @Scheduled Tasks in Kubernetes DevPod: Uber's MonoRepo-Based Remote Development Platform Docker Swarm, a User-Friendly Alternative to Kubernetes Install Minikube on Ubuntu Linux for Easy Kubernetes Development
THE NEW STACK UPDATE A newsletter digest of the week’s most important stories & analyses.
The New stack does not sell your information or share it with unaffiliated third parties. By continuing, you agree to our Terms of Use and Privacy Policy.