Tetrate: A Service Mesh Can Be the Security Kernel for Distributed Systems

If you are going to use a service mesh to manage a set of microservices, you might as well start thinking of the service mesh as the "security kernel" for these distributed systems, suggested Tetrate Senior Engineer Zack Butcher, during a virtual conference on Zero Trust Security held by the U.S. National Institute of Standards and Technology (NIST)
Feb 10th, 2021 6:00am by Joab Jackson 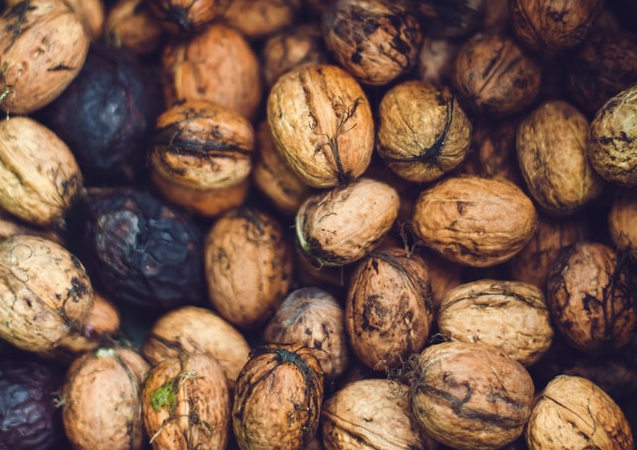 If you are going to use a service mesh to manage a set of microservices, you might as well start thinking of the service mesh as the “security kernel” for these distributed systems, suggested Tetrate Senior Engineer Zack Butcher, during a virtual conference on Zero Trust Security held by the U.S. National Institute of Standards and Technology (NIST) and Tetrate, a purveyor of an Istio-based premium service mesh.

“The service mesh itself can be a security kernel, a tightly controlled element in our system that we can audit, and can inspect more closely to assert that it is safe,” he told the virtual NIST audience during the event held last month.

In addition to monitoring, routing and discovery for a microservices system, a service mesh also centralizes a lot of security functions. It offloads all the dreaded authentication and authorization chores from the applications themselves. Ideally, each application’s sidecar can act an enforcement point that can not be bypassed.

Of course, with all this power to control a system, sidecars themselves will be an attacker magnet, Butcher admits. But this is a feature, not a bug, “because we know that the attacks are likely to be focused, rather than having to spread out across all the application code of the entire organization,” he said.

The service mesh would be beneficial to running a DevSecOps shop, Butcher said. A service mesh could provide policy enforcement on a continuous basis. a huge requirement for many highly-regulated industries.

The framework suggests use of the OASIS standard, the Extensible Access Control Markup Language (XACML), as well as NIST’s own Next Generation Access Control (NGAC) architecture, as described by INCITS 565-2020, which provides a standard API for managing authorization/authentication components. The service mesh pushes all the configuration data to the sidecars attached to each application, and to the data plane proxies handling traffic, to ensure policies are being enforced. End-users’ credentials generated externally can be exchanged at the ingress for an internal credential that represents the permissions of the user.

In this approach, “the service mesh provides a number of different operational assurances: encryption in transit, an authenticated service identity, these proxies that can as act as a multi-enforcement point,” further explained Butcher. “Using those, we can secure applications in the mesh, and we can use it to deploy and secure our actual authentication system itself.” 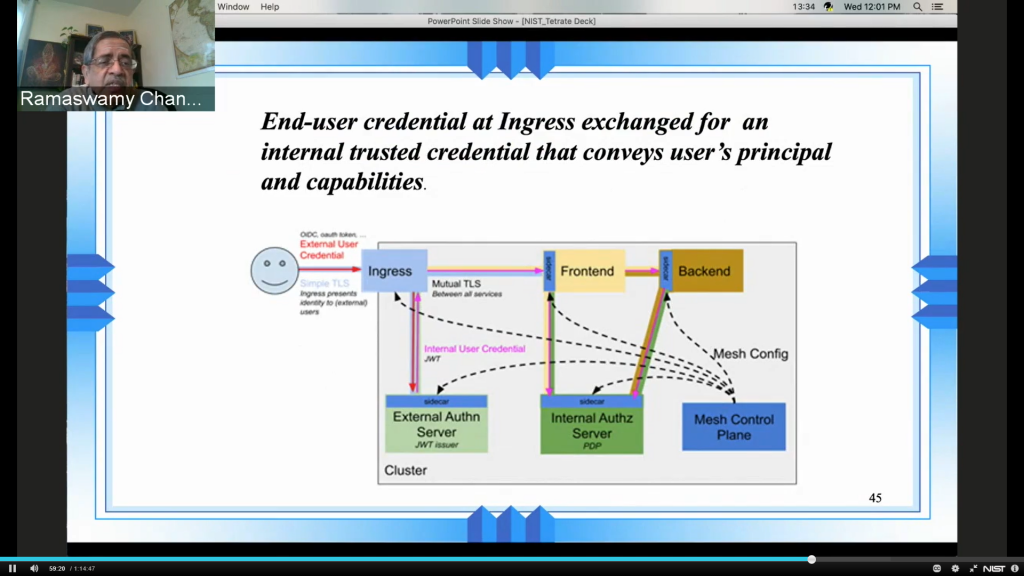 All the talks from this event can be viewed on the NIST website.

Tetrate is a sponsor of The New Stack.

Joab Jackson is Editor-in-Chief for The New Stack, assuring that the TNS website gets a fresh batch of cloud native news, tutorials and perspectives each day. He has logged over 25 years in infrastructure IT journalism, including stints at IDG,...
Read more from Joab Jackson
SHARE THIS STORY
RELATED STORIES
Zero Trust vs. Microsegmentation: Establish a Winning Strategy There's a Nasty Security Hole in the Apache Webserver How Expedia Prepped for Superbowl-Sized Spikes of Traffic OpenSSL Heap Memory Corruption Vulnerability Fixed Is Kubernetes the Next Fault Domain?
TNS owner Insight Partners is an investor in: The New Stack.
SHARE THIS STORY
RELATED STORIES
Mobile Edge Computing: Lightning Speed from Factory to Personal Devices OpenSSL Heap Memory Corruption Vulnerability Fixed All the Things a Service Mesh Can Do The Next Wave of Network Orchestration: MDSO Rethinking Web Application Firewalls
THE NEW STACK UPDATE A newsletter digest of the week’s most important stories & analyses.
The New stack does not sell your information or share it with unaffiliated third parties. By continuing, you agree to our Terms of Use and Privacy Policy.