This month computer enthusiast Foone Turing stumbled across what he describes as a bug that's survived for over 44 years — one that left him with a file that was impossible to copy.
Nov 11th, 2018 6:00am by David Cassel 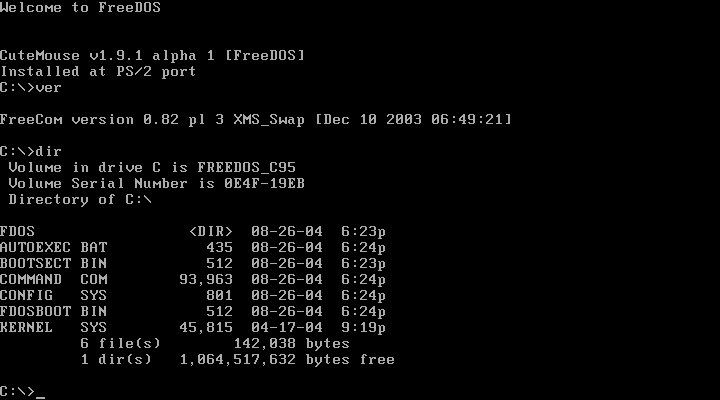 This month computer enthusiast Foone Turing stumbled across what he describes as a bug that’s survived for over 44 years — one that left him with a file that was impossible to copy.

When this was developed, nothing had UPC codes yet because they'd just been invented.
Back when this mistake was made, There was only one Phone Company, because they hadn't been broken up yet. Ted Bundy was still on the loose. Babe Ruth's home run record was about to fall.

As a fan of old computers, he’d discovered some files on an old Windows NT operating system. But apparently, they’d used names that were “reserved” on his newer system. “They’re perfectly valid NTFS filenames, and I was using an NTFS drive in Linux… So today I was trying to back up this NTFS drive onto my main PC and WHOOPS CAN’T COPY ALL FILES CAUSE OF BUGS OLDER THAN MOST PEOPLE READING THIS.”

His discovery prompted some interesting discussions on social media. One user remembered that the bug had apparently re-surfaced last year in an incident with Rust’s package manager.

One commenter even helpfully pointed to a 2003 explanation by Microsoft programmer Raymond Chen, who eventually authored a book called The Old New Thing: Practical Development Throughout the Evolution of Windows. “Set the Wayback machine to DOS 1.0,” Chen wrote. (Which came out in 1981) 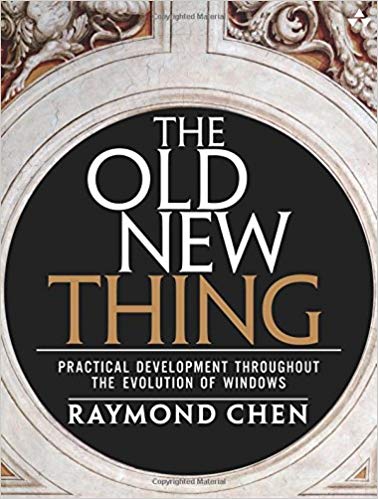 Chen remembered that back then when you ran the compiler, it automatically created two more files — one with the suffix .LST and one with the suffix .OBJ. “But what if you didn’t want a listing file? The compiler demanded a filename, and if you didn’t type any filename at all, it created one with the same basename as your source file.” So you had to type something at the prompt, and providing the “magic filename” PRN apparently even hijacked this process, making the compiler write the contents of your file out to your printer. “If you wanted to discard the output entirely, you would type ‘NUL’, of course. And if you wanted it to go to the screen, you would type ‘CON'” (For “console”).

Wikipedia refers to them as “reserved device names in DOS that cannot be used as filenames regardless of extension as they are occupied by built-in character devices.” It wasn’t that big of a deal at the time, partly because DOS 1.0 didn’t have subdirectories — “there was only one directory, which today we would call the root directory.”

But when subdirectories came along, what else could they do? The magic filenames were soon added into every single subdirectory. And even 22 years later, Chen was writing that “everybody still relies on them. Just look at all the batch files that do things like redirect to >NUL or test if a directory exists by asking ‘if exist directoryname\nul’…”

For extra fun, accessing C:concon (or C:auxaux) on win95 would cause it to bluescreen instantly. That was hilarious back in 1995, because it was a 21-year-old bug! Imagine some misdesign hanging on that long? pic.twitter.com/Scq1xLcWBD

But this ancient error message got a new round of publicity in November of 2018 after its re-discovery by Foone Turing. His Patreon page describes him as “a collector of all sorts of weird old computer/electronic junk.” But Foone also apparently spends a lot of time archiving old media.

me: I'll just crack this dos shareware game, how hard can it be?
game: uses binary coded decimal
me: ABORT ABORT ABORT pic.twitter.com/HhwLnlypoQ

And in his epic Twitter thread, Foone explained how this led him into computer history — and his first encounter with the feature described by Chen. He eventually traced how a variation had first made its way into Tim Paterson’s Quick and Dirty Operating System”, which became the forerunner to the first version of MS-DOS, via Gary Kildall’s popular 1974 operating system CP/M — albeit with a colon after the magic filenames, “as if they were a drive name.”

And then he continues tracing the kludge’s survival on down through the years.

But here's the problem: Users have been using these special files since PC DOS 1.0 release two years earlier. Software has been written that uses them! batch files have been written that support them.
with directories, Microsoft could now make a C:DEV folder… but they didn't.

But we're not running DOS 2.0, of course…
And when Windows 95 was released, it was built on top of DOS. So it naturally inherited this behavior. (Windows 1/2/3 similarly did, but Win95 was much more an OS than they were)

And the behavior kept getting passed down, from operating system after operating system. “But Windows NT wanted compatibility with DOS/Windows programs,” Foone writes. “And XP merged the two lines…”

So because of Gary Kiddal going "Special files representing hardware devices! That's a neat idea, Unix. I'll borrow that idea and try to hack it into my toy-computer OS" so long ago that people born that year can have children old enough to drink… we can't name con.txt

A link to his Twitter thread drew over 86 upvotes when it turned up on Reddit’s Windows 10 forum — and another 21 upvotes in Reddit’s programming forum.

Of course, there was some debate as to whether or not this was really a bug — or just a crucial way of maintaining backward compatibility.

You can read all Foone’s tweets as a single web page at this URL — and at the end of the thread, Foone even apologized for its length. “This was really just me being way too tired and rambly and being amazed at getting home to an error message caused by a decision from 44 years ago.”

“But I was just flabbergasted at hitting a bug from 44 years ago, while running Windows 10 and copying from a USB 3.0 SSD to another SSD.”