Exploring the Autonomous Cloud and the New Enterprise 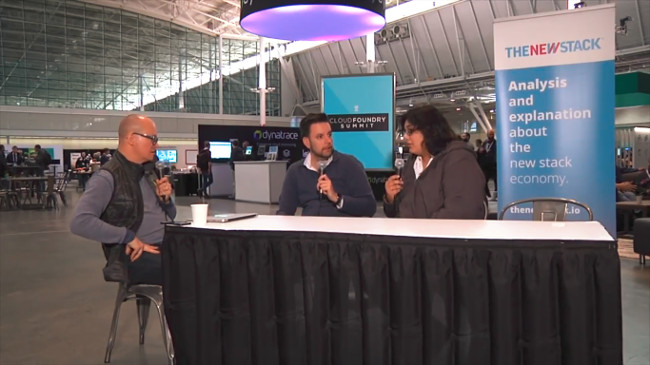 Exploring The Autonomous Cloud And The New Enterprise

Joining TNS founder Alex Williams on today’s episode of The New Stack Makers podcast are Alois Reitbauer, vice president, chief technical strategist and head of innovation lab at Dynatrace, and Kamala Dasika, product marketing director at Pivotal. Dasika started off the discussion by highlighting how she got involved with Cloud Foundry, back when it was being incubated inside of VMware before being spun off into Pivotal.

As a part of her work at Pivotal, Dasika went on to explain that, “We got to know a lot about how enterprises run software, build software, and help them speed up the way they are releasing software so they can essentially serve their customers better.”

While building software may look simple, even to those used to developing applications, simplicity may be deceiving. This is particularly the case when it comes to autonomous systems and orchestration. With the addition of complex tasks and self-healing systems, Reitbauer explained that we are not at the point of completely hands-off software development with no interaction from people. “Human interaction when solving a problem should become the exception, and not the rule,” adding that, “Scaling up something, deploying something, automatically rolling back a change — It will start with very simple things, but even those simple things have to be done by humans. We’ll see readily more and more complex tasks being taken over.”

For multiple workloads, maintaining control is different across the projects an enterprise is working on. Having different levels of abstractions is where enterprises should be moving forward to maximise productivity for their developer teams.

“What looks like a fairly simple UI to people who use applications is simplified up front. Behind the scenes there is a lot going on. People are building distributed architectures, highly scalable architectures. To do that piece by piece takes a lot of toil. When you’re thinking about autonomous systems, to me, that is creating and building essentially what we call a platform to tie it all together and create certain contracts between all of the things that work together,” said Dasika.

3:05: How do self-healing, the principles of self-healing, and serverless technologies come into play?
11:22: The move toward No-Ops and very thin operations layers.
13:44: Human interaction in resolving a problem should become the exception, not the rule.
16:21: How Pivotal thinks of the shift in thinking surrounding observability in terms of their own infrastructure.
20:20: Exploring changes in the role of monitoring.
23:16: Advice for enterprises just starting to make the the most of cloud-native architectures.