David Nalley shares why AWS would not be what it is today without open source.
Oct 5th, 2022 1:16pm by Alex Williams 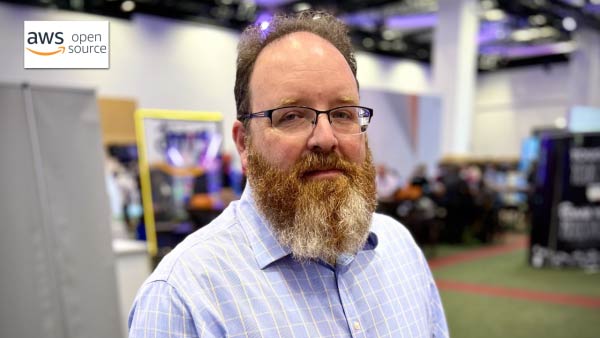 Amazon Web Services would not be what it is today without open source.

“I think it starts with sustainability,” said David Nalley, head of open source strategy and marketing at AWS in an interview at the Open Source Summit in Dublin for The New Stack Makers. “And this really goes back to the origin of Amazon Web Services. AWS would not be what it is today without open source.”

Long-term support for open source is one of three pillars of the organization’s open source strategy. AWS builds and innovates on top of open source and will maintain that approach for its innovation, customers, and the larger digital economy.

“We feel like we have to make investments on behalf of our customers,” Nalley said. “But the reality is our customers are choosing open source to run their workloads on.”

The third pillar focuses on advocating for open source in the larger digital economy.

Notable is how much AWS’s presence in the market played a part in Paul Vixie’s decision to join the company. Vixie, an Internet pioneer, is now vice president of security and an AWS distinguished engineer who was also interviewed for the New Stack Makers podcast at the Open Source Summit.

Nalley has his recognizable importance in the community. Nalley is the president of the Apache Software Foundation, one of the world’s most essential open source foundations.

The importance of its three-pillar strategy shows in many of the projects that AWS supports. AWS recently donated $10 million to the Open Source Software Supply Chain Foundation (OpenSSF), part of the Linux Foundation.

AWS is a significant supporter of the Rust Foundation, which supports the Rust programming language and ecosystem. It puts a particular focus on the maintainers that govern the project.

Last month, Facebook unveiled the PyTorch Foundation that the Linux Foundation will manage. AWS is on the governing board.