REactions come in from The New Yorker's analysis of Hacker News.
Aug 18th, 2019 6:00am by David Cassel 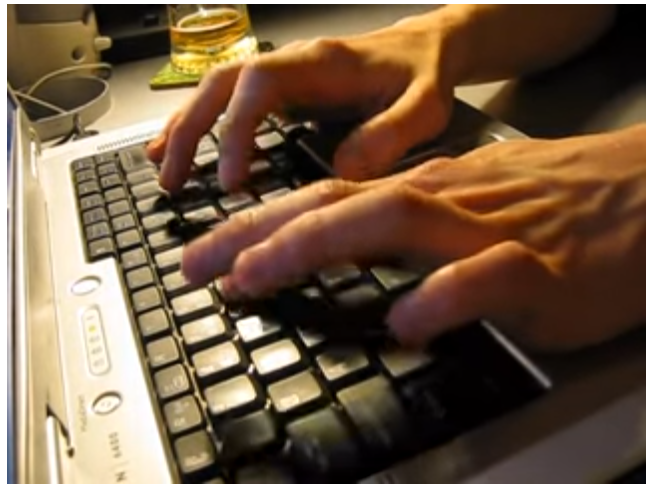 Last Thursday The New Yorker offered an assessment of this goal, in “The Lonely Work of Moderating Hacker News.” The article revealed that the tech news and discussion forum now has 5 million unique visitors each month, and wonders if “the site’s original tech-intellectual culture can be responsibly scaled up to make space for a more inclusive, wider-ranging vision of technology.”

Hacker News started with just about 1,600 visitors a day. But today its daily traffic is 100 times greater — so it now has two moderators, Daniel Gackle and Scott Bell, who are assisted by some automated software. Wiener offers some fascinating glimpses into the personalities the moderators bring to their work. “Gackle is drawn to healing workshops; Bell, to Indian philosophy. They seem, at times, to be applying old, humanist techniques to a culture obsessed with the future.”

“What we’re trying to optimize Hacker News for is qualitative rather than quantitative.” — Daniel Gackle

In the article, Gackle acknowledges that “In terms of the psychological experience of doing this job, all of your buttons are being pushed on a regular basis.”

Bell joined the team in 2016, a move which Gackle described as “an internal refactoring to enable such innovations as vacations and a day off.”

Gackle uses the handle “dang,” while Bell is “sctb,” and in one comment this week, Gackle estimated they’ve posted over 38,000 comments during the last seven years. With the patience of a zen teacher, they’ll counsel an angry user to comment neutrally to better communicate the value of their ideas. (“It takes patience and inner calm…”) You can see it every day, in any random selection of the two moderators’ comments.

And you can see that this disarming approach does sometimes lead to thoughtful responses. (“I’ve reviewed my most recent comments and it seems you are correct,” wrote one user this week. “I will reflect on this and concede my spirit may be injured.”)

In 2014 Paul Graham called Gackle “one of most thoughtful (in both senses of the word) people I’ve ever met.”

“It kills him when people say mean, stupid things in comment threads. Moderating an anonymous forum is hard, and the fact that we get roughly equal grief for HN comments being bad and for being too quick to ban people is a sign he’s been doing a good job so far.”

The Heart of the Community

But his careful conscientiousness began to take shape when I asked him how it felt to have The New Yorker acknowledging the effort they put into thoughtfully moderating the site.

“I feel like Anna, the reporter, valued many of the same things that we value about it, so we felt heard, which is satisfying,” Gackle wrote back. “We thought it would be good for the community to have more of HN’s story come out, and I think that was probably correct.”

It seems like a thankless job, trying to keep up with every single comment — the good, the bad, and especially the ugly. I asked Gackle if they have any way of measuring their impact, or of knowing what’s working and what isn’t? “We do this by observing the site closely,” he responded, “and discussing our observations.

“Although we track some quantitative metrics, we don’t do much based on them. What we’re trying to optimize HN for is qualitative rather than quantitative.”

On Hacker News this week, hundreds of users were already commenting on The New Yorker’s article — and some were just curious about how their two hard-working moderators managed the logistics of an ever-expanding volume of comments. It was interesting to see Gackle sharing details about their workflow. “There exists a public feed of all comments (just click on ‘comments’ in top bar), but we don’t monitor the site that way. It’s too much.”

“We basically read the threads like anyone else, plus rely on moderation lists, such as what has been flagged by users.”

Gackle added later that “I used to have client-side software that would highlight specific regular expressions in comment text, but it stopped working one of the times that we rewrote the client-side Lisp that we used (Parenscript -> Lumen -> Arc) and I haven’t gotten around to getting it working again.”

I’d also asked if there’s special tools that can highlight only the new/unread ones, and Gackle replied “That’s a feature we plan to add to HN.”

“I believe there are some third-party tools that offer it already.”

Dreams of a Better Future

In the article, Gackle says at least part of the site’s DNA is a kind of transmutation of the geek instinct to build better systems, where “you can at least dream and read and argue about it on the internet.” (He adds that it makes the site “an escape valve for frustrated idealists.”)

And that sets up the article’s last poetic paragraph. “I thought about the relentless patience and good faith that this style of moderation work required. I pictured Bell and Gackle as swimmers in a resistance pool, doing slow crawls against the currents of online discourse. I hoped the project of Hacker News was worth the effort.”

From the Hacker News guidelines

When launching the site in 2007, Graham acknowledged that “Most forums degrade over time, but we don’t think that’s inevitable. We’re determined to keep this site good because we use it ourselves.”

So what was the reaction from readers of Hacker News to The New Yorker’s analysis? With all the focus on the challenges that the site faces, it was nice to see some of the site’s readers taking a moment to offer up some words of gratitude: “Big thanks to dang and sctb. You’re doing an impossible job, and doing it as well as two humans can.”

And at least one comment suggested that they’d been successful in their attempts to encourage intellectual curiosity. “I liked this article, though I think it missed the best part of Hacker News. To me, Hacker News can feel like walking through Dumbledore’s office — magical and mind-bending collections of incredible devices, ideas, and oddities…”

“The author’s focus on the controversial political parts of HN seems to me like going to a music festival and commenting on the food trucks. Yes, it’s part of the experience, but that’s not why people go and not what makes it magical.”

SHARE THIS STORY
RELATED STORIES
CES 2023: Robots, Astronauts, Schwarzenegger and Flying Cars Watch Out, Attackers Have Their Heads in Your Cloud! Wellspring of Creativity: Why Public Domain Matters Why Your Code Sucks: Common Excuses for Bad Programming How Jit Builds a Platform Engineering Mindset in the Cloud
SHARE THIS STORY
RELATED STORIES
Snack Stack: Turning Winter Comfort Food up to 11 Wellspring of Creativity: Why Public Domain Matters It Happened to Me: How I Suddenly Owed AWS $13,000... Tech Works: How Can We Break Our Obsession with Meetings? Java's James Gosling on Fame, Freedom, Failure Modes and Fun
THE NEW STACK UPDATE A newsletter digest of the week’s most important stories & analyses.
The New stack does not sell your information or share it with unaffiliated third parties. By continuing, you agree to our Terms of Use and Privacy Policy.