The Big Impact of Smalltalk: A 50th Anniversary Retrospective

Smalltalk introduced the first GUI to the world, and influenced other object-oriented languages that came after, including Python, Java, and JavaScript.
Sep 18th, 2022 6:00am by David Cassel 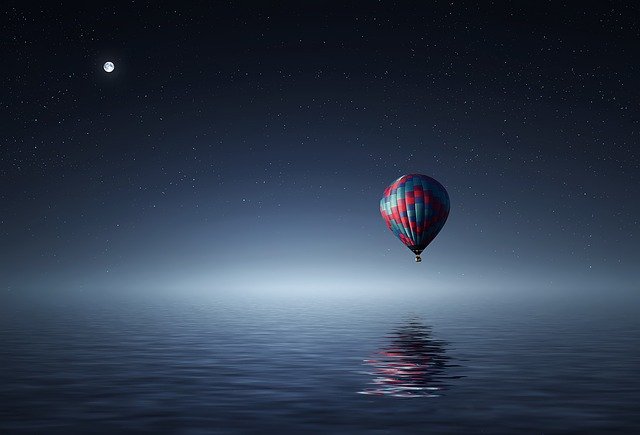 Feature image by bess.hamiti@gmail.com from Pixabay.

It’s not just that much of the modern world of computers grew out of work done in the 1970s at Xerox PARC center. Yes, in a very real sense it inspired the form of our hardware, our user interfaces, and even our programming methodologies.

But beyond all of that, what’s equally interesting is how they did it — the motivations and the passions that led them to those creations. And there may even be some lessons there for the programmers of today.

Silicon Valley’s Computer History Museum recently celebrated the 50th anniversary of the Smalltalk programming language with two special events — one of which reunited several of the creators of the original language.

It is a chance to explore how history gets made…

The presentation began with a brief history of Smalltalk’s impact, saying that Smalltalk’s creators “invented much of the modern graphical user interface, including overlapping windows and pop-up menus — more than 50 years ago, 12 years before the first Apple Macintosh was released.” Smalltalk also very much influenced other object-oriented languages that descended from Smalltalk, including Python, Java, JavaScript, Ruby, and Objective C — but there’s more.

The video also credits the Smalltalk community for inventing the practice of holding regular scrums to review iterative progress and the Agile methodology known as extreme programming (which led to today’s Agile movement). 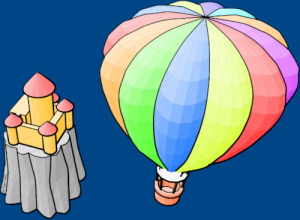 Yet in 1993 Alan Kay set down “An Early History of Smalltalk,” describing how it all grew out of “the magnetic field formed by the new personal computing metaphor….”

Especially in the U.S. Defense Department’s Advanced Research Projects (ARPA) community, there was talk of a “human-computer symbiosis” (achieved with “graphics screens and pointing devices”).

In an era stuck on giant, calculation-performing mainframes, “The soon-to-follow paradigm shift of modern personal computing, overlapping window interfaces, and object-oriented design came from seeing the work of the sixties as something more than a ‘better old thing.'”

Kay ultimately envisioned a handheld, tablet-like device (which he called a Dynabook) — but specifically aimed at children. As the Computer History Museum puts it in a writeup of the event, “Kay believed that such computers would transform education for both children and adults by enabling them to simulate and model the real world. Smalltalk was created to serve this goal, running on Xerox’s new Alto personal workstations.”

Or, as Kay wrote in his essay, “I only hired people who got stars in their eyes when they heard about the Notebook computer idea.”

His group’s influence ultimately extended into the history of personal computing itself — and speaking by video, Kay remembered that legendary moment when Steve Jobs saw the interface at a critical time in Apple computer’s early prehistory.

And while Jobs may have missed the idea of objects, “Compared to most business people, Steve Jobs could see more… And he realized the important thing was, if you’re going to do wide-spread computing, which was the whole goal of personal computing, you have to solve the user interface problem.”

Kay writes in his Early History that “Steve tried to get and/or buy the technology from Xerox (which was one of Apple’s minority venture capitalists), but Xerox would neither part with it nor would come up with the resources to continue to develop it in-house…”

The event was moderated by former New York Times technology reporter John Markoff — also a staff historian at the Computer History Museum — who noted that Smalltalk is credited with “being the world in which the graphical user interface came into the world.”

So who was behind all this change? The museum’s event reunited Kay (appearing by video from England) with two of those people with stars in their eyes. There was the research lab’s manager Adele Goldberg. (A video shown at the presentation credits Goldberg with driving the public release of Smalltalk “in publications, classrooms, and the computer industry — with the help of David Robson, Glenn Krasner and others.”)

Also appearing was Dan Ingalls, another name Kay highlights in his early history. While everyone in the Learning Research Group “contributed in deep and remarkable ways to the project… I think all of us would agree that for most of the development of Smalltalk, Dan was the central figure… Dan was far more than a great implementer, he also became more and more of the designer, not just of the language but also of the user interface as Smalltalk moved into the practical world.”

Kay wrote that “Though I was the instigator and original designer of Smalltalk, it has always belonged more to the people who make it work and got it out the door, especially Dan Ingalls and Adele Goldberg.”

But it’s how they made it happen that’s instructive and inspiring. Kay’s essay argues that their innovations came out of a more ambitious push to exemplify a new kind of computing. “[W]e were actually trying for a qualitative shift in belief structures… in the same spirit as the invention of the printing press — and thus took highly extreme positions which almost forced these new styles to be invented.”

Markoff asks about the group’s culture, quoting Kay’s remembrance of the group talking about the Dynabook “and its potential to amplify human reach and bring new ways of thinking to a faltering civilization that desperately needed it.” (Kay’s essay adds parenthetically that “that kind of goal was common in California in the aftermath of the sixties.”)

In the video, Kay concedes some of their innovation “was done the way it was done because of children — and of course, adults, as they prove over and over again, are often not much better than children as far as sophistication and ability to learn and stuff like that. And so that user interface became very popular with adults…”

In fact, when Markoff asks if children were the impetus for developing a GUI, Ingalls says no, and Goldberg agrees, arguing that idea was to get at something even more fundamental about communication itself. “It’s not just young children,” Goldberg stressed. “Human beings tend to understand something that they see.” 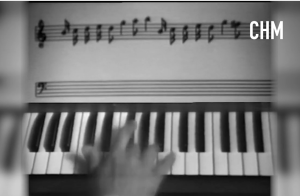 “So, how do you progressively unfold the natural complexity of a model, and not have a person miss it? Visualization, and the ability to touch and to hear, go along with being able to see. There’s where that multimedia becomes so important — because it’s how we communicate.”

It was clearly an effective paradigm. The museum’s writeup of the event remembers that Goldberg first recruited the children of fellow workers at PARC (before later expanding the program to a local school). And Robson remembers that the children were inspiring.

In archival footage from 1972, 9-year-old Niel Warren shows a simple interactive image he’d created. “Every time you hit Mouse Button 1, this guy kicks the other guy away,” Warren says — little realizing he’s one of the first people in history to work with a mouse. And 15-year-old Bruce Horn wrote a program that displayed, in real-time, the musical notes played on a keyboard by 7-year-old Rachel Goldeen.

Bruce Horn started as a 9th grader and remembered at the event the transformative experience of being a teenager and having his questions answered by the people he saw as creating the future. And later in life, Goldeen picked up Objective C, remembering that “It brought back memories” of Smalltalk. And Goldeen subsequently went on to become a programmer at Apple computers, writing code in Objective C. “It was kind of a little bit of a round trip.”

“It’s really been quite a journey,” Goldeen says in the video, “and I hope that everyone in the audience can have an equivalently fun journey with their practice of programming.”