The Case for Virtual Kubernetes Clusters

This post describes the virtualization of Kubernetes to provide proper separation of concerns across developers and cluster operators. Using virtualization, the Ops team can focus on managing core components and services shared across applications. A development team can have self-service access to a virtual cluster, which is a secure slice of a physical cluster.
Aug 19th, 2019 2:24pm by Ritesh Patel

Virtualization technologies make things easier to manage. In this post, we discuss how virtualizing Kubernetes can help address the complexity of Kubernetes cluster management. We also describe available techniques and best practices for virtual Kubernetes clusters.

A Brief History of Virtualization 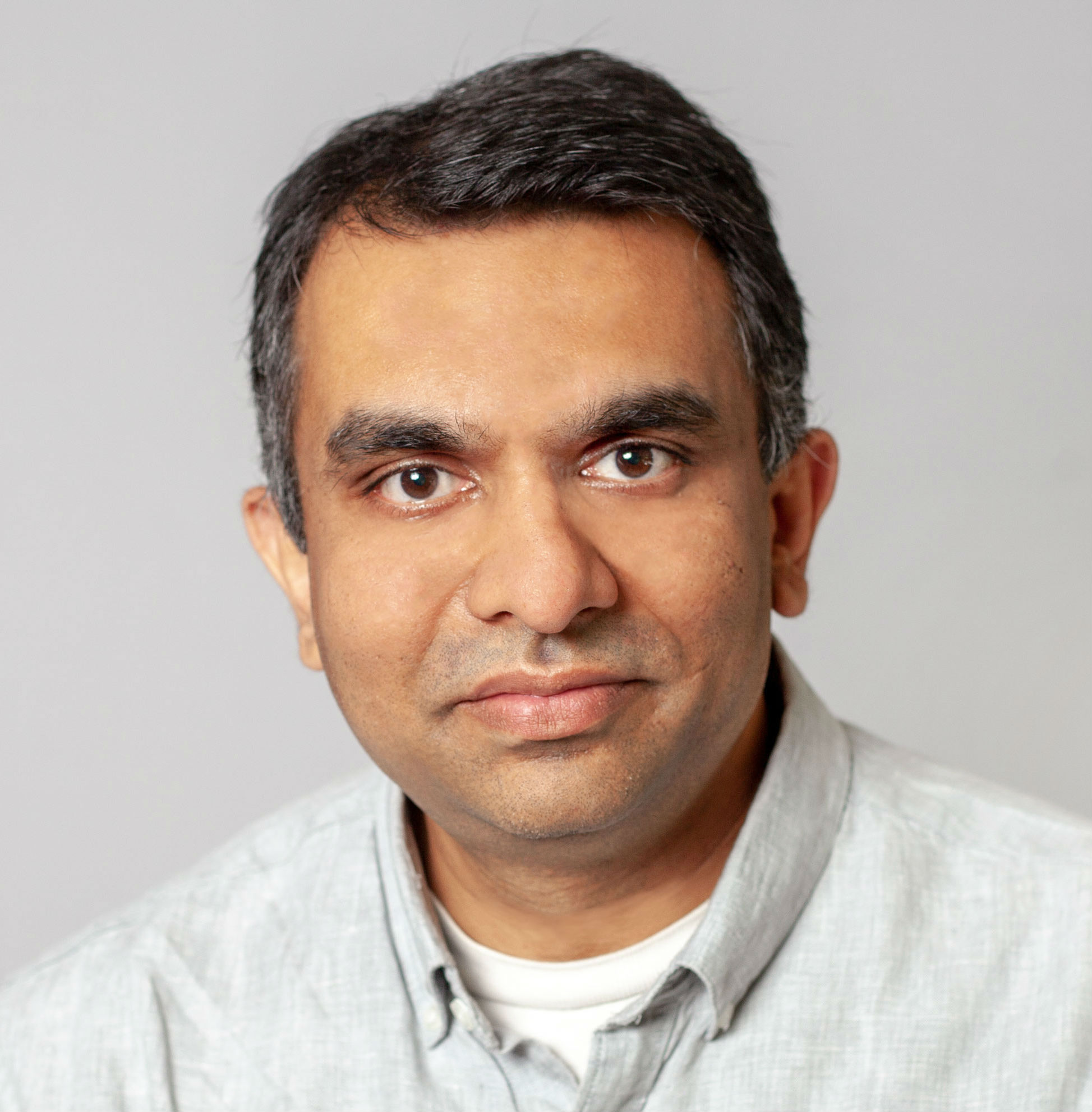 Ritesh Patel
Ritesh is founder and vice president, products at Nirmata, a cloud native application-management platform built on Kubernetes. Ritesh has around 20 years of enterprise software development experience and has led software development teams. Prior to Nirmata, Ritesh was responsible for private cloud strategy and business development at Brocade where he led various cloud and security-related initiatives and created a partner ecosystem. Ritesh has also held key technical positions at Trapeze Networks, Nortel and Motorola. Ritesh holds an MBA from UC Berkeley and MS from Michigan State University.

Server virtualization technologies, which became mainstream in the early 2000s, enabled a giant leap forward for information technology and also enabled cloud computing services. The initial use case for server virtualization was to make it easy to run multiple types and versions of server operating systems such as Windows or Linux, on a single physical server. This was useful for the software test and quality assurance industry but did not trigger the broad adoption of virtualization technologies. A few years later, with VMware’s ESX Type 1 Hypervisor server consolidation became a way to drive efficiencies for enterprise IT by enabling the sharing of servers across workloads, and hence reducing the number of physical servers that were required. And finally, VMware’s VMotion feature, which allowed the migration of running virtual servers across physical servers, became a game changer as patching and updating physical servers could now be performed without any downtime and high levels of business continuity were now easily achievable for IT servers.

Kubernetes has been widely declared as the de-facto standard for managing containerized applications. Yet, most enterprises are still in the early stages of adoption. A major inhibitor to faster adoption of Kubernetes is that it is fairly complex to learn and manage at scale. In a KubeCon survey, 50% of respondents cited lack of expertise as a leading hurdle to wider adoption of Kubernetes.

Most enterprises have several applications that are owned by different product teams. As these applications are increasingly packaged in containers and migrated to Kubernetes, and as DevOps practices are adopted, a major challenge for enterprises is to determine who is responsible for the Kubernetes stack, and how Kubernetes skills and responsibilities should be shared across the enterprise. It makes sense to have a small centralized team that builds expertise in Kubernetes and allows the rest of the organization to focus on delivering business value. Another survey shows an increasing number (from 17.01% in 2018 to 35.5% in 2019) of deployments are driven by centralized IT Operations teams.

One approach that enterprises take is to put existing processes around new technologies to make adoption easier. In fact, traditional platform architectures tried to hide containers and container orchestration from developers and provided familiar abstractions. Similarly, enterprises adopting Kubernetes may put it behind a CI/CD pipeline and not provide developers access to Kubernetes.

While this may be a reasonable way to start, this approach cripples the value proposition of Kubernetes which offers rich cloud native abstractions for developers.

Managed Kubernetes services make it easy to spin up Kubernetes control planes. This makes it tempting to simply assign each team their own cluster, or even use a “one cluster per app” model (if this sounds familiar, our industry did go through a “one VM per app” phase).

There are major problems with the approach “one cluster per team/app” approach:

The solution is to leverage virtualization for proper separation of concerns across developers and cluster operators. Using virtualization, the Ops team can focus on managing core components and services shared across applications. A development team can have self-service access to a virtual cluster, which is a secure slice of a physical cluster.

Large system architectures, such as  Kubernetes, often use the concept of architectural layers or “planes” to provide separation of concerns. The Kubernetes control plane consists of services that manage placement, scheduling and provide an API for configuration and monitoring of all resources.

Application workloads typically run on worker nodes. Conceptually, the worker nodes can be thought of as the “data plane” for Kubernetes. Worker nodes also run a few Kubernetes services responsible for managing local state and resources. All communication across services happens via the API server making the system loosely coupled and composable.

Here is a definition of a Kubernetes namespace:

Easy, eh? Well, not quite. For a namespace to be used as a virtual cluster, proper configuration of several additional Kubernetes resources is required. The Kubernetes objects that need to be properly configured for each namespace are shown and discussed below: 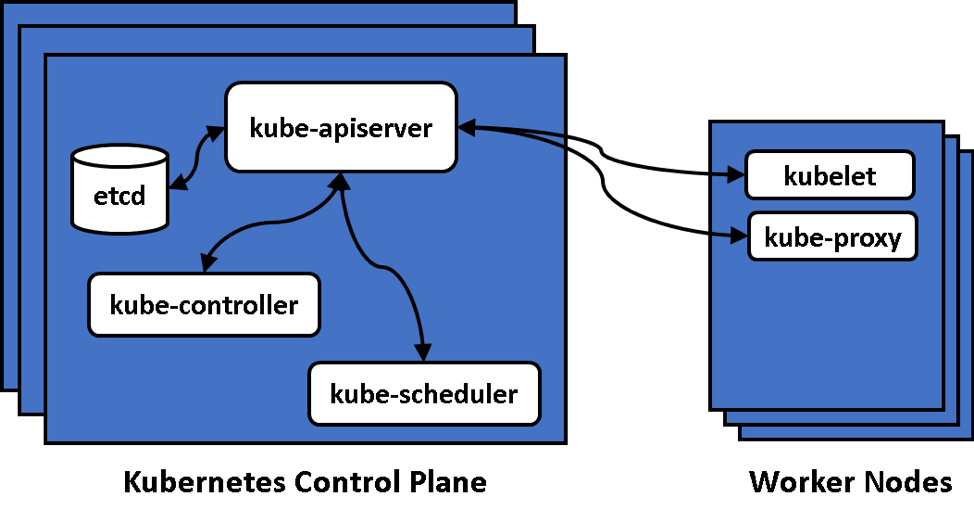 For example, different users can even have namespaces with the same name. Another problem this approach solves is that different users can have custom resource definitions (CRDs) of different versions. CRDs are becoming increasingly important for Kubernetes, as new frameworks such as Istio, are being implemented as CRDs. This model is also great for service providers that offer managed Kubernetes services or want to dedicate one or more clusters for each tenant. One option service providers may use for hard multitenancy is to require separate worker nodes per tenant.

The Kubernetes multitenancy working group is chartered with exploring functionality related to secure sharing of a cluster. A great place to catch-up on the latest developments is at their bi-weekly meetings. The working group is looking at ways to simplify provisioning and management of virtual clusters, across managing namespaces using mechanisms like CRDs, nested namespaces, as well as using control plane virtualization. The group is also creating security profiles for different levels of multitenancy.

A proposal for Kubernetes control plane virtualization was provided by the team at Alibaba (here is a related blog post). In their design, a single “Super Master” coordinates scheduling and resource management across users and worker nodes can be shared. The Alibaba Virtual Cluster proposal also uses namespaces and related controls underneath for isolation at the data plane level. This means the proposal provides both control plane and data plane multitenancy.

Underneath, Nirmata utilizes Kubernetes and Kyverno (an open source Kubernetes policy engine) to provision and manage namespaces and shared services for each team.

Now the standard Kubernetes command line (kubectl), or any other compatible tool, can be used to manage workloads:

To enable this experience in Nirmata, the IT Operations team sets up policies for automated cluster lifecycle management of the physical and virtual clusters.

Kubernetes provides a powerful set of tools, but can be complex to configure and operate at scale. This complexity is one of the largest factors inhibiting enterprise adoption of Kubernetes.

Virtualizing Kubernetes allows separations of concerns across developers and operators, without crippling developer access to the underlying Kubernetes constructs that developers care about. Virtual Kubernetes clusters allow developers the freedom and flexibility they require, and allow operators to add the necessary guardrails for production workloads and cross-team access. 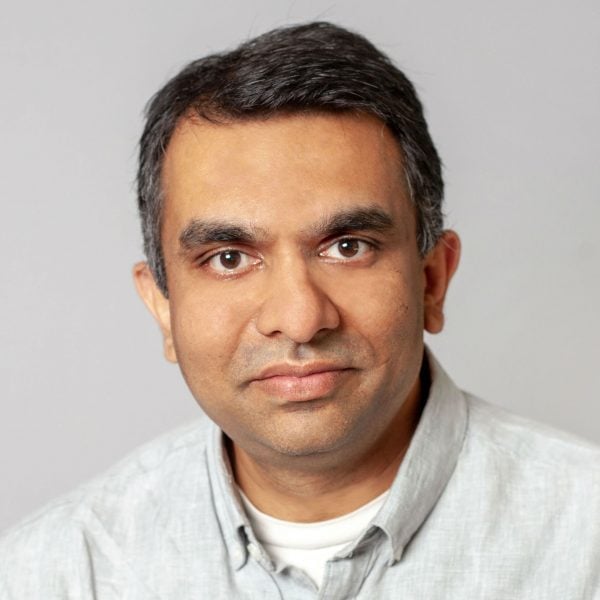