The CD Foundation Finds a Challenging Environment in Continuous Delivery

The Continuous Delivery Foundation (CDF) set out to help thousands of developers who often struggle with adopting and implementing the right mix of tools sets to accomplish their goals. Within the realm of continuous delivery (CD), as well as continuous integration (CI), the CDF’s founders hope to introduce processes and  standards, among other things,  to help developers find the best solutions amid what has arguably become an over-abundant range of choices.
Jun 17th, 2019 12:03pm by B. Cameron Gain 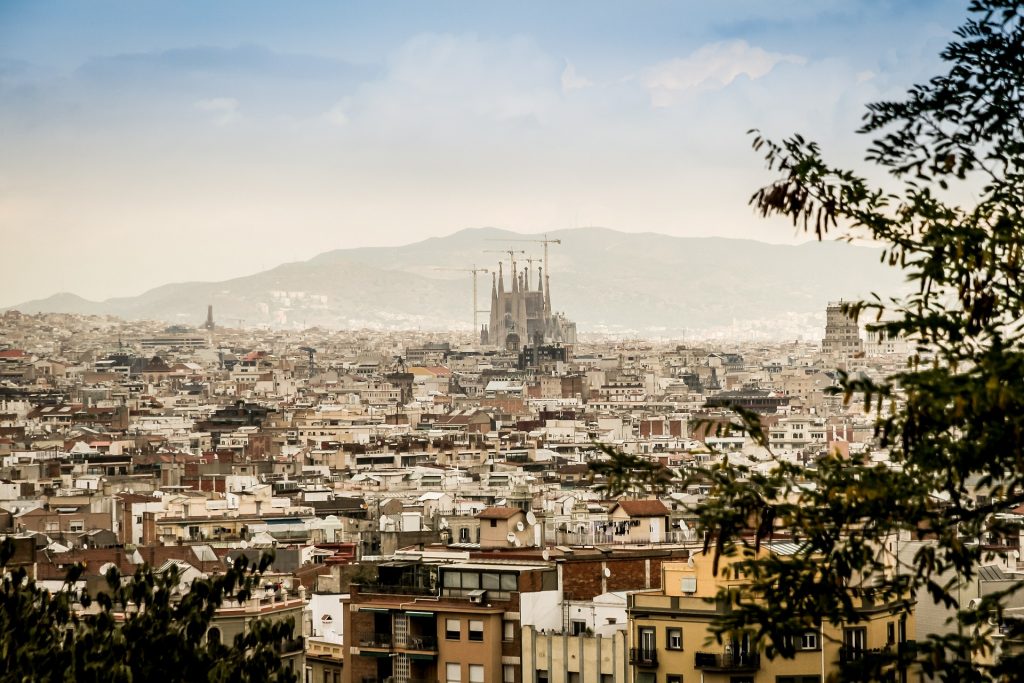 The Continuous Delivery Foundation (CDF) set out to help thousands of developers who often struggle with adopting and implementing the right mix of tools sets to accomplish their goals. Within the realm of continuous delivery (CD), as well as continuous integration (CI), the CDF’s founders hope to introduce processes and standards, among other things, to help developers find the best solutions amid what has arguably become an over-abundant range of choices.

But some have concerns. Some had questions about potential overlap with the Cloud Native Computing Foundation (CNCF), a sibling Linux Foundation-managed project. Among the CD tool providers, contention exists about the high price of entry and the lack of consultation with competitors by the founding members, emphasizing a select number of projects, including Jenkins, Jenkins X, Spinnaker, Tekton and other tools. Also, so far, the CD Foundation has yet to disclose specifications and primitives, although several sources say those will be communicated “in the coming weeks.

During KubeCon + CloudNativeCon Europe in Barcelona in May, we were on hand for the Continuous Delivery Summit hosted by CDF. The keynotes and talks, as well as conversations that took place at the sidelines of the summit as well as during the conference, served as a wellspring of what the foundation could — and might not — offer the open source development community.

During the sidelines of the Continuous Delivery Summit, Dan Lorenc, a software engineer for Google, who started the Tekton project and is on the technical oversight committee for the CDF told The New Stack that the CDF serves as a missing link for CD today. “There’s definitely foundation fatigue, but the CDF is a much smaller, more focused foundation focused on continuous delivery,” Lorenc said. “There’s already one giant foundation with thousands of participants, but we’re coming up with a more focused foundation that is also broader in scope than what the CNCF has to offer.”

According to a toolmaker who spoke on the condition of anonymity, the price points for the CDF present an issue, especially for newly minted startups that might develop an exciting technology but lack capital and resources to take place in setting standards as a full-fledged member. An organization with a project that graduates from the CNCF for example,  “gets a lot of value,” the source said. Conversely, with the CDF “they are saying you have to pay $100,000 to contribute to the standard — but there is no standard [as of yet],” the source said. “What new exciting development is going to happen and what new exciting standards are going to be pushed? [So far], we haven’t seen anything,” the source said.

During a recent episode of The New Stack @ Scale podcast, Matt Klein, a software engineer at Lyft and creator of the Envoy Proxy, the CNCF already helps to establish standards and provides other support for CD specifications for developer tools. “We already have this problem in the CNCF of helping end users understand what the right technologies are to use for their use case,” Klein said.

Klein said his “fear” was starting yet another foundation which is so closely related. “There’s a ton of overlap like we’re seeing — I don’t think you can build a cloud native architecture without CI and CD,” Klein said. “So now, we have some critical interlocking technology that’s spanning a couple of different foundations and is not broken in and of itself but I think that we need to be careful to avoid confusing users.”

But while Leon Stigter, developer advocate, for JFrog acknowledged “there might be a bit of overlap” between what the CNCF and the CDF. However, “both play an equally valuable role when it comes to making sure that we build products,” he told The New Stack during the sidelines of the KubeCon + CloudNativeCon Europe during the Continuous Delivery Summit during which he gave a talk.

“I think the CNCF look more at the core tenants of what is cloud native. The CDF looks more at deployments,” Stigter said. “I think both play an equally valuable role when it comes to making sure that we build products developers are going to love.”

Meanwhile, developers, of course, are not so much concerned about foundation selection as they are about just finding the tools they need. “When I look for a tool as a developer, I google that tool — I’m not going to go to a foundation website and say, ‘I like the CNCF or the CDF for this and I just want to look at that.’ I search for the stuff that I’m happy with,” Stigter said. “And as developers get more say about what tools and technologies their company uses, I think at the end of the day, the developer benefits from more standard-oriented bodies from the Linux Foundation in general.”

During the keynote for the Continuous Delivery Summit, Tracy Miranda, director of open source community at CloudBees, and governing board for the CD Foundation, made the case for why the CD Foundation is necessary for developers to navigate today’s development tool landscape.

“The real question is why do we need a foundation around [continuous delivery] and why do we all need to be gathered in this room?” Miranda said during the keynote. 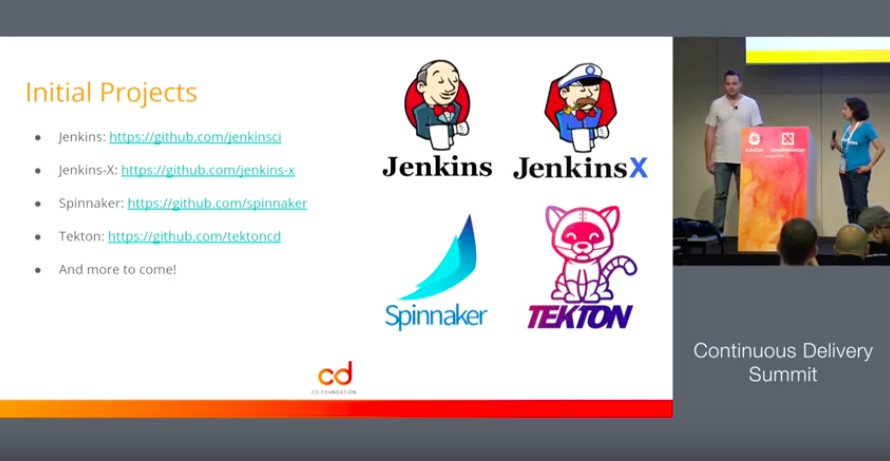 Among the hurdles development teams face for CD is, as mentioned above, a is the number of available tools. “If you look at the landscape of the CD tools out there, there are so many different variants. And it isn’t that we want one size fits all or one tool that could magically do everything, but it is challenging for users to figure out which tool that works for my use case,” Miranda said. “And if I use that tool for that bit, and this other tool for that bit, will they work together automatically, or is it like an exercise left to the user to go figure out how to make things work together? So that’s one of the big challenges just the sheer number of tools and trying to understand how they work together. Even the concepts might be quite similar but not actually be the same thing.”

The second challenge for CD that developers face today is dealing with how the tech landscape continues to change “very dramatically,” Miranda said. Cloud native platforms and deploying code in microservices certainly represents the newer and certainly very-much-talked-about options for the development community, for example. For CD, it is necessary to learn how these newer technologies change things for the development pipeline. “And how do you go about implementing those changes in your teams?” Miranda said. “And then we’ve barely got to grips with cloud native and then along comes another paradigm… so how does continuous delivery change when it comes to the service landscape? There’s all these things we have to contend with while we’re still trying to figure out how do we just deliver stuff; how do we keep it reliable without breaking things and just keep providing value to our users.”

The third main reason for the foundation’s existence is helping development teams themselves better adapt to change. “Change is very, very hard. It’s not simply a matter of taking tools and throwing it at it — you have to change the culture and you have to change the mindset,” Miranda said. “And it involves lots of people. People are hard and tools are easy.”

At the end of the day, the CD Foundation could possibly save CD from the many of its structural and cultural challenges  “If we got a lot of people together to solve continuous delivery, would that work and would we be able to do something much bigger than any one of us could do it ourselves? So, now we started talking to a lot of people, and over many, many months, and finally got to the point where we could say, actually, there’s lots of people who buy into this idea that we should have something dedicated to continuous delivery,” Miranda said. “And we should have a neutral home, where we can all come together and solve the problems in the space.”