The Challenges of Securing the Open Source Supply Chain 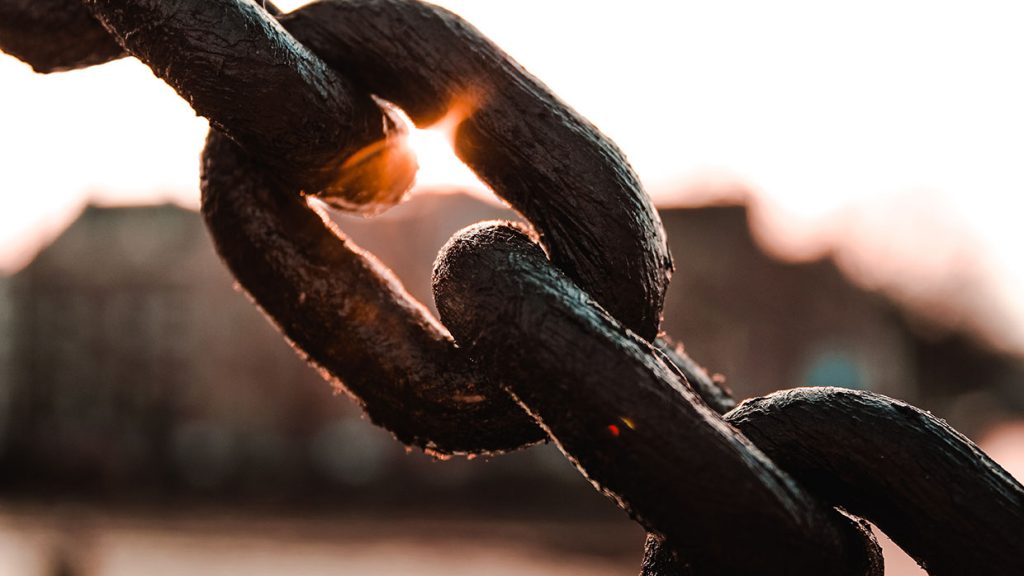 Breaches caused by infected IT management software from SolarWinds and Kaseya are among the most notorious recent examples of supply chain insecurity. But it’s the chain of code used to build cloud infrastructure that’s increasingly at risk, driving the move to shift security left.

Open source software can be a weak security link in that chain. According to a report published in September by Sonatype, as threat actors move upstream along the chain to infiltrate open source software, “next-generation” software supply chain attacks have risen by 650% within the past year.

“They don’t have to,” he added. “They find weaknesses in the software development pipeline and attack those.”

Chiodi, who led the team that created the report, makes it clear that open source is not the problem.

“In fact, using open source is, in my view, a requirement for innovation,” he said. “Anyone who says their company can’t use open source should likely be looking for another job, as they’re sealing the fate of their company from an innovation standpoint.”

Almost all modern cloud native applications are developed using open source components, including almost any software as a service (SaaS) platform. The problem is, no one is tasked with maintaining or securing that code.

“Many new cloud features and services, including SaaS applications, are launched every day,” Chiodi told The New Stack. “Yet some popular open source modules used in these applications have not been updated for years. And that’s the crux of the problem.”

The Unit 42 report was sparked by a Cloud Native Computing Foundation (CNCF) white paper on software supply chain best practices. This paper found that 98% of all code bases include open source software, and 92% of those code bases contain outdated or vulnerable code ripe to be exploited, said co-author Andres Vega, CNCF tech lead for the Security SIG and a member of the Security Technical Advisory Group.

“Proactively addressing these threats is of the utmost importance,” wrote Chiodi. 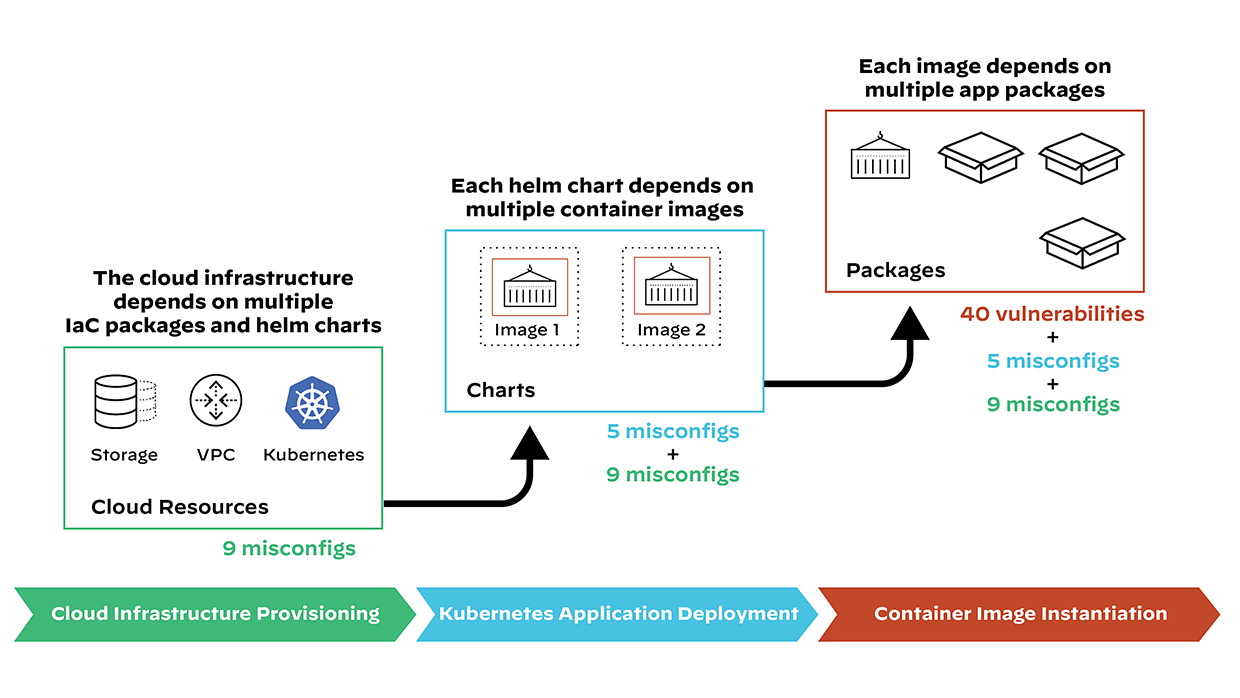 “In other words, each of those modules that a developer might be bringing in depends on other modules, so there’s this chain of dependencies,” said Chiodi, which is responsible for most security issues.

The Unit 42 team used Bridgecrew‘s static analysis tool, Checkov, which helps identify misconfigurations in IaC frameworks, to analyze Terraform modules in popular, public container registries. The team found that almost half of those modules contain at least one critical or high-severity misconfiguration.

“If you factor in the number of times each module has been downloaded, 64% resulted in at least one high or critical insecure configuration,” said Chiodi. “So most of what’s being downloaded from public registries has very poor configurations.”

What Is the Impact of Vulnerable Software?

Another damning report from Veracode, an application security company, found that, although more than 80% of developers said they consider security when choosing a library, most never update the third-party libraries used in their software.

While developers quickly patch some vulnerabilities in third-party software, the report found, they take up to three months to patch half of vulnerable libraries and one year to address 75% of them.

The Veracode report examined 13 million scans of more than 86,000 repositories containing over 300,000 unique libraries, as well as conversations with more than 1,700 developers.

Vulnerabilities found in widely used components can have huge potential consequences. For example, vulnerabilities and malware have been found recently in open source npm packages, one of which counts more than 14 million weekly downloads.

Many security problems traceable to open source software are related to trust, said Cole Kennedy, CEO and co-founder of TestifySec, a cybersecurity company.

A developer might want to incorporate a repository with “only one contributor who resides in mainland China, and who’s also employed by the Chinese military, which could be a problem,” he said. “And that’s really the problem we see in open source: a lot of this stuff is not vetted.”

Then there are possible legal consequences. For example, a survey by the cybersecurity company Venafi of more than 1,000 IT and development executives found that 94% of them want consequences such as fines and legal liability for software suppliers that fail to protect the security of their software build pipeline.

They’ve also been proposed for critical infrastructure by the Cybersecurity and Infrastructure Security Agency (CISA).

How to Prevent Risks to Software

The CNCF best practices white paper breaks down the problem of securing the software supply chain into five key areas, using the analogy of a physical manufacturing supply chain and adopting the practices used to secure it. These five areas are securing source code, materials, build pipelines, artefacts and deployments.

The organization also provides recommendations for security assessments and the security review process, and an adoption framework for assessing your own architecture.

The CNCF white paper looked at practices across multiple industries. “If we’re going to standardize on recommendations for what is state-of-the-art security for organizations that are security conscious and industries that are highly regulated, how do we piece that together?” said Vega, the paper’s co-author.

Another distinction to consider is the different security risks of small, one-off projects and libraries, and larger, commercially supported projects like Linux and Kubernetes, with lots of momentum behind them. “These large, open source projects are probably more secure than most closed-source enterprise projects because there are more eyes on them,” said Kennedy.

Third-party assessments already exist for some open source projects, usually corporate-sponsored ones. For example, Cure 53, a cybersecurity company, has provided some assessments for the CNCF, and the Open Source Security Foundation’s scorecards can be used to assess project security.

“If you have in-house expertise you can look at the actual source code, who committed it and where they’re from,” said Kennedy.

The companies CloudBees, Sophos, Venafi and Veracode are working to define a vendor-neutral map of standard controls for evaluating software that development teams need for purchasing, according to a Venafi blog post. These controls, along with details on potential exposure, are listed on GitHub.

Language can also affect the ability to find weak spots in software. In C, a vulnerability can be hidden more easily, yet some aspects of memory in C that can make code more secure, said Kennedy. Vulnerabilities are easier to find in Python, but code is subject to more types of attacks.

“We’re also developing a product, both open source and commercial SaaS,” said Kennedy. “We have an open source release coming out of our new product Witness, a command line tool that will provide these attestations.”

“It also gives organizations the ability to monitor and manage their cloud security posture across all major cloud providers. We offer all this in one platform instead of having to buy 15 different tools.”

The New Stack is a wholly owned subsidiary of Insight Partners, an investor in the following companies mentioned in this article: Unit, Kaseya.

Bridgecrew, the Cloud Native Computing Foundation, The Linux Foundation and Sonatype are sponsors of The New Stack.