For the longest time, Linux kernel development was focused on improving the desktop and server experience. From expanded hardware support, to security, to performance, everything seemed to be highly focused and moving along like a somewhat) well-oiled machine.But then something shifted in the IT landscape. Seemingly out of nowhere containers and the cloud became crucial to the enterprise. That meant kernel developers had to consider this moving forward. On the surface, the change seemed as though it would be a seamless integration of new tools and a new way of thinking for the deployment of services.
May 29th, 2019 1:12pm by Jack Wallen 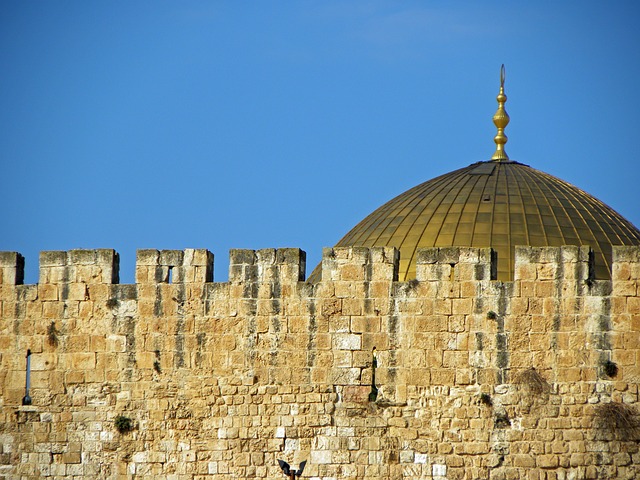 For the longest time, Linux kernel development was focused on improving the desktop and server experience. From expanded hardware support, to security, to performance, everything seemed to be highly focused and moving along like a somewhat) well-oiled machine.

But then something shifted in the IT landscape. Seemingly out of nowhere containers and the cloud became crucial to the enterprise. That meant kernel developers had to consider this moving forward. On the surface, the change seemed as though it would be a seamless integration of new tools and a new way of thinking for the deployment of services.

Of course, things aren’t always as they seem… at least on the surface. What should have been a slight change, of course, has become something with far-reaching implications.

Case in point. Recently, Docker disclosed an unknown party had gained unauthorized access to a Docker Hub database. From this unwarranted entry the attacker gained access sensitive data from nearly 190,000 accounts. That, in and of itself is bad news. User’s information was a risk. Passwords, email addresses, names — information we’d much prefer to keep under wraps.

But consider this: That information also could have given the attacker access to images, uploaded by users. With a few quick commands, those images could have easily been rebuilt with malware, Trojans, and other apps and/or services with malicious intent. Should the right image be reformed and uploaded, thousands (if not millions) of unsuspecting Docker users could have pulled the image down and deployed containers built to steal.

Now we have an issue… one the kernel community has to consider. This is especially true for those kernel developers who focus on security.

John Morello, Chief Technology Officer for container security company Twistlock, had this to say on the Docker Hub issue:

The Docker Hub, which is the conduit to attack some down chain target that they knew was consuming images for Docker Hub, because what you’re talking about doing is basically poisoning the upstream, at least a very far part of the upstream, part of the software supply chain. So, if you, for example, knew that organization x was using particular repositories on Docker Hub and you wanted to penetrate organization x, one mechanism to do that could be to compromise the repositories that they use on Docker Hub, put your implant in there, and then what organization runs these images from Hub, they would be running your implant as well.

“Poisoning the upstream” should send chills down the spine of anyone who works with containers. Because of this, it lands squarely on the shoulders of kernel developers to solve a puzzle that, on the surface, could be unsolvable. How does the Linux kernel prevent such poisoning to the upstream? Or can it?

A blog post, from Joe Fernandes, Red Hat senior director of product management for OpenShift, sums up the containerized process (and how it relates to the Linux kernel) perfectly:

First, each containerized process is isolated from other processes running on the same Linux host, using kernel namespaces. Kernel namespaces provide a virtualized world for the container processes to run in. For example, the “PID” namespace causes a containerized process to only see other processes inside of that container, but not processes from other containers on the shared host. Additional security isolation is provided by kernel features like dropped capabilities, read-only mounts and seccomp. Additional file system security isolation is provided by SELinux in distributions like Red Hat Enterprise Linux. This isolation helps ensure that one container cannot exploit other containers or take down the underlying host.

That type of exploitation could make or break a container deployment. Imagine you’ve just deployed a Docker Swarm or Kubernetes cluster to serve up your company’s signature app or service, only to find the image used was able to exploit the host kernel and bring down your company network or, worse, steal sensitive data.

The Linux kernel, as an isolated piece of technology, can run on nearly any type of device. From desktops to servers, smartphones to IoT and other embedded devices — the kernel is everywhere.

But with container and cloud technology, scaling beyond that isolation becomes critical. Morello:

“You don’t really see people on a typical basis, at least, saying “I’m going to build an application in C++ and run it directly as a package on the OS”. That’s not the way that most people are building what you would consider to be a modern application these days, right? You’re building something that’s containerized, you’re going to run that in a container, you’re going to deploy it via something like Kubernetes and the Kernel provides that base layer that abstracts some or all that underlying hardware and all the complexity goes with it across different CPU types and so forth that allows you to run those applications in a really consistent way regardless of what that form factor is and regardless of what the scale of it.”

This (relatively) new technology requires the Linux kernel be capable of delivering a consistent experience across a multitude of different hardware types, configurations, and container deployments of massive scale. That’s not an easy feat.

And speaking of scaling…

The cloud has cemented its place within the technology ecosphere. Hundreds of millions of users depend upon the cloud every single day. Our data lives there. Our photos, our videos, our documents… all the things we do and use to make our daily lives more productive and/or enjoyable.

What runs the cloud? Linux.

We now see so many companies working with Infrastructure as a Service (IaaS), Software as a Service (SaaS), and Platform as a Service (PaaS). This is yet another arena where Linux shines. However, because these types of services place high demand on servers and networks, the Linux kernel (as well as installed applications) needs to be optimized to perform in such environments.

From their paper “The nonkernel: A Kernel Designed for the Cloud,” a group of researchers from the Israel Institute of Technology and Open University of Israel have this to say:

“In a traditional server, the operating system manages entire resources: all CPUs, all RAM, all available devices. In the cloud, the kernel acquires and releases resources on an increasingly finer granularity, with a goal of acquiring and releasing a few milliseconds of CPU cycles, a single page of RAM, a few Mb/s of network bandwidth.”

It becomes clear a Linux kernel designed for the cloud must be approached quite differently than for traditional use cases.

This paper continues with:

SHARE THIS STORY
RELATED STORIES
eBay: Betting on Open Source Is Great for Your Business Devs Are Excited by ActivityPub, Open Protocol for Mastodon How Donating Open Source Code Can Advance Your Career Lighting a Bonfire Under Social Media: Devs and ActivityPub Chronosphere Nudges Observability Standards Toward Maturity
Red Hat and Twistlock are sponsors of The New Stack.
TNS owner Insight Partners is an investor in: Docker.
SHARE THIS STORY
RELATED STORIES
CEO Raj Dutt Interview: The Grafana Experience Will Change How Web Tech Got This Way and How It May Evolve in the Future Lighting a Bonfire Under Social Media: Devs and ActivityPub Entrepreneurship for Engineers: Painkiller or Vitamin?  Need to Scale Apache Kafka? Switch to Apache Pulsar
THE NEW STACK UPDATE A newsletter digest of the week’s most important stories & analyses.
The New stack does not sell your information or share it with unaffiliated third parties. By continuing, you agree to our Terms of Use and Privacy Policy.