The Evolution of the Serverless-First Engineer

The role of the software engineer evolves every few years. There's polyglot programmers and full-stack engineers. Will the serverless-first engineer be next?
May 13th, 2021 9:00am by David Anderson 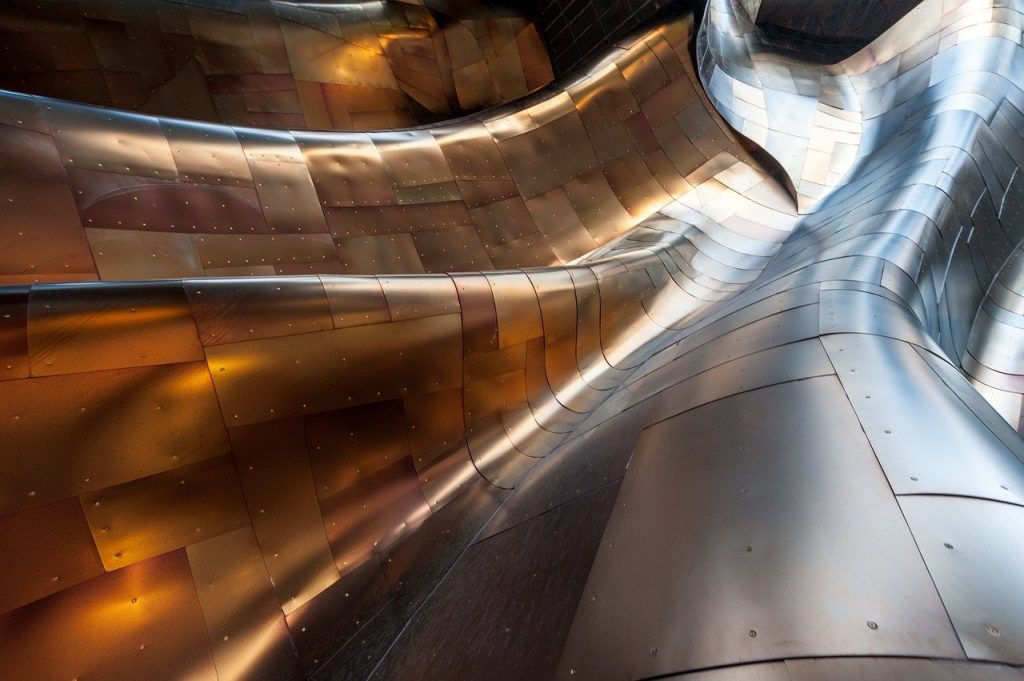 Feature image via Pixabay.
TNS Annual Reader Survey
We need your input! Take 5 minutes to chime in and help guide our coverage.
Begin the survey
Fauna sponsored this post. 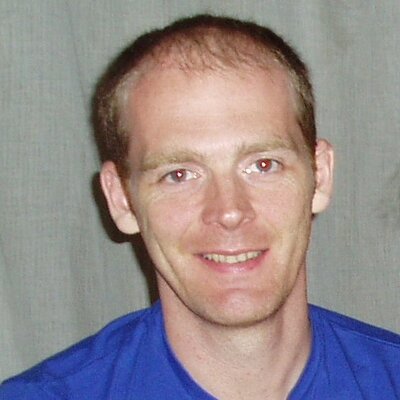 David Anderson
David is a technical leader who enjoys writing and speaking about the leading edge of technology. Starting as a software engineer in leading telecom companies including Three, Nokia and Ericsson, David moved to Liberty Mutual in 2007 and continued to drive technology change and cloud adoption. He continues to empower and enable peers on Serverless First, Well-Architected and Engineering Excellence, all to enable digital, artificial intelligence, improved time to value and high-performing teams. He is based in Belfast, a member of the Wardley Mapping community and likely to fire out opinions on Twitter @davidand393.

The role of the software engineer evolves every few years. A term will catch hold and inspire the imaginations of engineers who want to be it, managers who want to have it and recruiters who need to find it. Some are fads — a flashing moment. Others represent a paradigm shift happening in our industry. We looked for specialists and experts for many years — security, Java, web, mobile, Windows 32 COM experts. We then started thinking about polyglot programmers and full-stack engineers. Will the serverless-first engineer be next? Somehow, I don’t think that name will catch on, but it’s going to happen. Let’s explore the attributes of these engineers and wait for the correct name to appear.

The phrase “shift-left” was first used back in 2001 by Larry Smith in Dr. Dobbs, and it referred to testing having to shift left. That is, it needed to happen earlier in the lifecycle. Since then, everything has shifted left, right, up and down — software engineers pretty much do everything. After all, we are all DevOps teams: We want to build it, run it and own it. To achieve this, the level of abstraction has lifted. Engineers now need to understand everything, but interface through different abstraction layers.

Serverless architectures allow engineers to work effectively in this fashion. It’s possible for a small team to do everything (honestly, it is). For this to happen, the engineers need to be comfortable with some attributes that the software engineers of yesteryear may not have been. Platforms and compute have been used to illustrate this, but maybe we can show how a serverless data approach like Fauna can meet the demand of serverless architectures? I believe technology has moved on considerably to enable this change. It’s already here. Have you made the upfront investment required for your people and teams to take advantage of this modern approach to creating software?

Here are some areas that are worth digging into. We will primarily use our product Fauna to illustrate these, although other offerings such as Firebase, Cosmos DB and Aurora have compelling offerings too and also fall into the category of serverless data.

It’s a problematic term, but there are a few hard truths. You will not build a better cloud on-prem, so cloud means the top public providers. Fact: Multicloud is not the answer; it’ll add immense complexity for the engineering team. The cloud is not someone else’s data center. If you are only using it for infrastructure, then you are not getting all the advantages. Engineers must understand the higher-order services and use them appropriately. Don’t spin up a virtual machine and install a database when you can use a service instead.

Traditional mindset:  Cloud native means you install your software on a VM.

Illustration: As an engineer, how long would it take you to install, configure and tune a traditional database to be always available — even on EC2? With Fauna, this is a given: Your data is always available and transactions are guaranteed.

If using the cloud properly, then it should be event-driven. This is the best way to handle elasticity and scale. The event-driven approach has been around for a long time, but complex and used for specific use cases. The new normal in many modern applications is that regular API calls are replaced with events. There are lots of subtle design considerations for eventing, and it’s becoming a necessary skill to master.

Illustration: An event system will grow and shrink with traffic. Fauna is a data API and scales transparently, as an API should, so will handle traffic. A true serverless data system — including Cosmos DB and Aurora — doesn’t need advance warning for traffic spikes.

The idea of a loosely coupled architecture that contains serverless components tied together with events sounds ambitious, but it is an emerging trend. Serverless architectures will enable teams to deliver business features and capabilities faster and in most cases more cost-effectively. The engineer must embrace evolutionary architecture design and be comfortable taking a risk-based approach, which means constantly evolving and extending the architecture as the system grows.

Illustration: A great measure of maturity is how much is automated in operations. With serverless data, the operational overheads are part of the vendor’s responsibility. You are now free to evolve your architecture and not worry about operations or downstream teams — true agility.

Fauna is a flexible, developer-friendly, transactional database delivered to you as a secure, web-native API. Never again worry about database provisioning, maintenance, scaling, sharding, replication, or correctness.
Learn More
The latest from Fauna

Once the higher-level abstraction is embraced and mastered, the flywheel has started. Continuous delivery means software is constantly being released into production several times a day. As per the DORA study, teams with high throughput can achieve high stability. Once engineers get into this way of working, it reduces risk and becomes more manageable — the flywheel doesn’t slow.

Illustration: Technical debt will often build with age. Serverless data is consumption-based, which means you are not tied into decisions forever. There’s no capital expenditure to worry about. Minimize technical debt and maximize spend as the flywheel speeds up. Don’t accumulate risk.

How do we keep the cognitive burden low while all of these new responsibilities are being transitioned onto the development team? Team Topologies by Matthew Skelton and Manuel Pais performs a deep analysis on cognitive load. In short, don’t argue about microservices, containers or APIs. Just make sure the team can handle the software they are working on.

Traditional mindset:  a great developer can work the whole system; there are no boundaries.

Illustration: One of the greatest headaches when designing distributed systems is performance and trying to orchestrate the different parts. Fauna delivers low-latency and data consistency. Imagine you could remove the data layer as a performance and accuracy concern? Serverless data will ease that cognitive load.

The above areas are important, but they are fairly well covered. The next two are game-changers:

A major challenge for every new type of architectural style is often data. With microservices, the challenge for many was the idea that the data solution is part of the service. This simply wasn’t possible with many traditional data solutions. With serverless, the elasticity and cloud resilience is part of the system, so the data solution must be robust. The data solution must be a service and ideally a serverless service. Serverless data services like Fauna, Firebase and DynamoDB provide a fast, scalable and strong consistent data service that will scale with your application. As per the attributes above, the serverless engineer should not require extensive work to add a store to the architecture.

Services like Fauna enable the engineer to define the expected behavior and not be burdened with the non-functional attributes. The engineer needs to spend the majority of time creating and manipulating the data store, not the underlying infrastructure. A critical mindset of the serverless engineer is to spend time on logic that matters, not infrastructure that doesn’t.

Illustration: Abstraction by specification is a fundamental concept for computer science and, when used correctly, is immensely powerful. Serverless data approaches like Fauna, Cosmos DB and Aurora provide a comprehensive interface to interact with all of your data concerns in an elegant manner. Don’t get caught in configuration hell.

In a modern software house, it’s not acceptable to force engineers through a poor experience. The cognitive load of creating any software system is high, so there must be zero friction added by the toolset. Imagine a great guitarist being uncomfortable or compensating for their guitar. The instrument is a channel to the music, as the engineer’s environment is a channel to the outcomes. If the Royal Albert Hall decreed that every guitarist on stage must play a Fender Stratocaster, this might suit some, but many bands would decide not to play there. It’s not appropriate to force engineers to use certain toolsets.

The serverless engineer needs to deploy at pace and requires rapid feedback loops. The developer experience is different for everyone, but there are similarities. Everything as code, interface via APIs, easy binding and consistency — this also includes data. One of the most frustrating things for the developer experience is contrived workarounds for mocking data locally or trying to deal with funky dev databases that don’t reflect production. Serverless data solutions such as Fauna have the flexibility to replicate environments and put the developer in control.

Illustration: Modern developers have grown up with the web. It’s a natural model and used every day, in work and at home. It has a robust and familiar security model. Fauna uses web-native access and the same robust security model. This enables integration, low-coupling and avoids customization — the perfect recipe for low-friction developer experience.

As we track the evolution of the modern software engineer, there’s a very clear trend toward the Serverless First mindset.

In the early days, the specialist was king. Rockstar developers were able to earn vast amounts of money using their deep expertise in random tech. We then introduced flexibility as systems sprawled with the polyglot programmer. The craft of software engineering was starting to emerge. As architectures became more complex and layered, the clever developers became full-stack engineers — people who could do it all. If architectural styles had stayed with microservices and monoliths, this would have been OK.

At this point, the data engineer started to merge with the application engineer. Serverless data approaches further enable this by allowing engineers to work within the data layer in their own environment. You don’t have to become a specialist.

Moving on, the exponential growth of software continues and the cloud started to enable functions driven by events. The battle lines or domain boundaries are being drawn. The serverless engineer is a different proposition. Not only are there the skills from previous generations, but the focus to only do what is needed for the business and no more. It’s not easier, but better. Maybe the quote from Amazon CTO Werner Vogels in 2017 is finally starting to land: “The only code you will have to write is business logic.”