The Fediverse Points to Our Social Media Future, Post-Musk

As Elon Musk's takeover of Twitter continues to dominate the news, nervous Twitter users test out The Fediverse and apps like Mastodon.
Apr 29th, 2022 8:13am by Richard MacManus 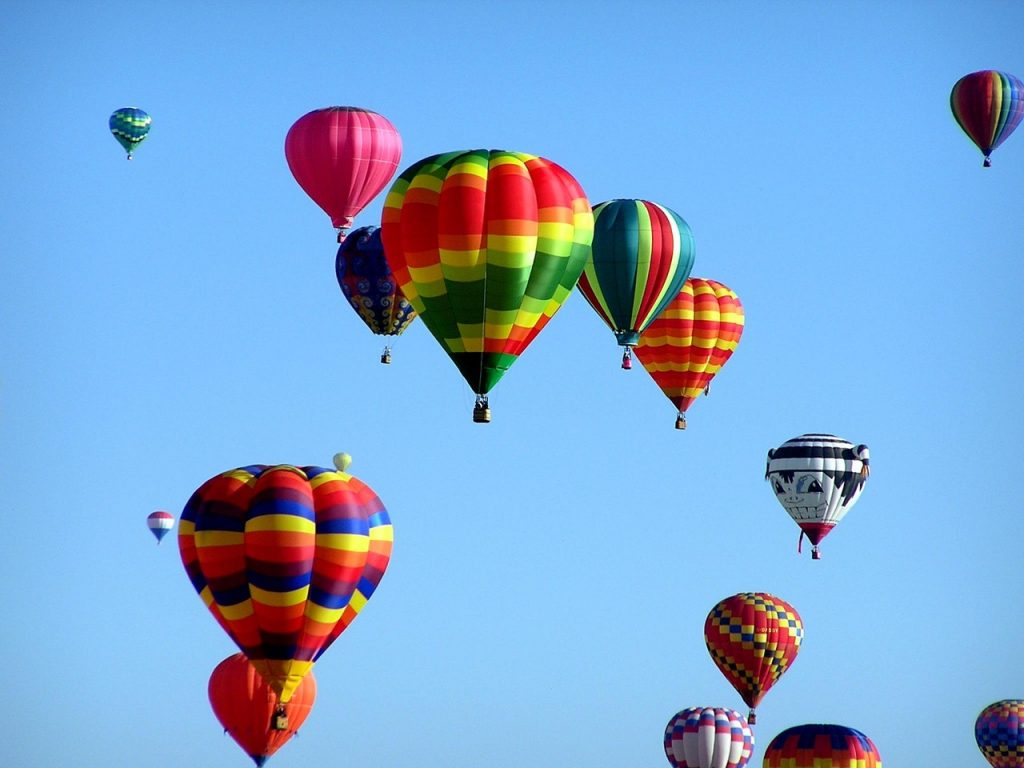 After the news broke that Elon Musk’s offer to acquire Twitter had been accepted, many Twitter users began to reignite their old Mastodon, Tumblr and other social media accounts. There was also talk amongst the Twitterati about resurrecting their blogs and putting their faith back into RSS (Really Simple Syndication). But for those of you wanting to flee the Musk kingdom, finding a new social media home is just one part of the solution. After all, it’s easy to start posting again on a blog or on Mastodon, but how do you create a network on those platforms? How will people discover you, and your content?

One emerging solution is something called the “Fediverse.” The term is a ​​portmanteau of “federation” and “universe” and, according to Wikipedia, it’s “an ensemble of federated (i.e. interconnected) servers that are used for web publishing (i.e. social networking, microblogging, blogging, or websites) and file hosting, but which, while independently hosted, can communicate with each other.”

A statistics website called The-Federation.info, run by Jason Robinson, lists 15 fediverse protocols, 86 projects, and about 5.25 million users (just under 1.5m of whom were active over the past 6 months).

In terms of user numbers, the fediverse is a drop in the bucket compared to Twitter, which has around 217 million daily active users. But then again, in five or 10 years’ time, we might look back on Elon Musk’s takeover in 2022 as the tipping point for a mass migration from Twitter to the fediverse. That notion is perhaps a fantasy, but regardless, let’s take a look at the current state of the fediverse to assess how the technologies compare.

Mastodon and Its Multiple Communities

Mastodon is the most popular application in the fediverse, with around 3.7 million total users as I write this. Many of those users probably signed up to Mastodon back in 2017 or 2018, when it first enjoyed favorable press coverage as a kind of decentralized, open source version of Twitter. I myself joined Mastodon in mid-2017 and used it sporadically until mid-2019 (and yes, I have just reignited my account). In my review of Mastodon in June 2017, I made the following distinction between it and Twitter:

“Where Mastodon really differs from Twitter is that it’s made up of multiple communities, rather than the one massive community that Twitter is. In this sense, Mastodon is actually more similar to Reddit than Twitter.”

This means that, unlike Twitter, you can choose to join Mastodon from one of many “instances” — each instance being a niche community. For example, there are communities devoted to hobbies, geographic areas, job roles, etc. All these communities inter-connect, though, because they use the same underlying protocol (more on this shortly). So this allows you to follow people on different instances.

From the perspective of 2022, five years after I wrote my review, the “multiple communities” feature of Mastodon — and indeed the wider fediverse — might be just what society needs in the post-Musk social media era.

There’s been a lot of commentary about Elon Musk’s own use of Twitter over the past five or so years, in which time he has amassed an audience of over 86 million followers (16 times the entire user count of the fediverse!). Even before he acquired the company, Musk had a massive influence on the Twitter platform. Indeed, anyone who has over 100,000 followers on Twitter has an outsized influence over what the rest of Twitter’s users see. Partly this is because Twitter’s algorithms, which we the public have no control over, prioritize content from popular users because they get more “engagement.” But therein lies the rub: the larger your follower count, the more likely you are to get engagement.

This is the crux of the problem with centralized social networks like Twitter — the vast majority of us are merely “readers” of Twitter because our feeds are clogged up with the likes of @elonmusk and other power users. We can write all we want, but relatively few people will see it in their feeds. This is not that different from the pre-internet era, when mass media controlled the narrative. Only now, it’s increasingly Musk and his fellow power users who control the narrative.

The fediverse offers one pathway back: by enabling you to choose a niche community to join, but which still allows you to “follow” individual people in other communities.

How do we fix this and get back to the read/write web? The fediverse offers one pathway back: by enabling you to choose a niche community to join, but which still allows you to “follow” individual people in other communities. Mastodon has that functionality; and it also has the advantage of not being controlled by a black-box algorithm, like Twitter. In other words: on Twitter, there’s no guarantee that people you follow will actually show up in your feed, whereas in Mastodon your feed is entirely controlled by you.

Mastodon has another nice feature that encourages diversity of voices in your feeds, without forcing power users onto you. As well as the “Home” feed, which shows you an unfiltered feed of the people you follow, Mastodon has “Local” and “Federated” feeds — which show “toots” (the equivalent of tweets) from your local instance and beyond. The key thing here is that none of these three feeds will prioritize power users. You may see the odd power user on the “Federated” feed, but their content won’t get the VIP treatment like it does on Twitter.

The beautiful thing about the fediverse is that it is entirely driven by open standards. Needless to say, Twitter is a proprietary platform (soon to be privately owned, to boot). So the fediverse is a much more attractive platform for users to entrust their data to — there’s no danger of that data being locked into a single product. Open standards also mean that developers can build on the fediverse without fear of getting the “rug pulled” at a later date (which notoriously happened with Twitter in 2012).

The leading protocol on the fediverse is ActivityPub, a decentralized social networking protocol that has been rubber-stamped by the World Wide Web Consortium (W3C). Mastodon is one of the fediverse apps that uses ActivityPub. The Mastodon product itself, by the way, is a browser-based Ruby on Rails application with a React.js front-end. So being web-based, rather than predominantly a native app as Twitter is, is yet another “freedom” that Mastodon enjoys (I put ironic quote marks around that word, as Musk supporters — and indeed Musk himself — have been citing “freedom of speech” as a key benefit of his takeover).

Another rising protocol in the fediverse is Matrix, which I profiled last year. It is the only other protocol on the fediverse used by over 1,000 nodes (1,927 for Matrix, at time of writing, compared to 8,086 for Mastodon). Matrix is ​​a decentralized open standard for real-time communications, so products built on top of Matrix could provide an alternative to using commercial Instant Messaging products like Slack or WhatsApp. Matrix is worth keeping an eye on, although current consumer sentiment appears to favor privacy-focused messaging products like Signal and Telegram.

Is It Worth Starting Over with Social Media?

In conclusion, the fediverse undoubtedly has mature protocols (albeit still relatively new) and there are a growing number of viable alternatives to centralized products like Twitter (albeit not as “user-friendly” in terms of interface).

However, the number one advantage that centralized products like Twitter and Facebook have is their built-in network effects. If you swapped out Twitter for Mastodon, you will immediately lose the majority of your followers. You’ll essentially be starting over again. But perhaps that is what is needed, to flush out the power user elite from your social media feed.

So is Twitter in immediate danger of a run on users to fediverse alternatives like Mastodon? I don’t see that happening, but I do think the multiple communities aspect of the fediverse offers a glimpse into our social media future. It makes no sense to be mere consumers of power user content, when the whole point of the web is to have two-way conversations with other people. The future of social media is smaller, open, networks that interact with each other — which is exactly what the fediverse enables.

Richard MacManus is a Senior Editor at The New Stack and writes about web and application development trends. Previously he founded ReadWriteWeb in 2003 and built it into one of the world’s most influential technology news sites. From the early...
Read more from Richard MacManus
SHARE THIS STORY
RELATED STORIES
Why 'Explainable AI' Can Benefit Business Entrepreneurship for Engineers: Building for Customers’ Love 2022 in Review: AI, IT Armies, and Poems about Food Snack Stack: Turning Winter Comfort Food up to 11 How We Manage Incident Response at Honeycomb
SHARE THIS STORY
RELATED STORIES
Entrepreneurship for Engineers: Building for Customers’ Love Platform Engineering Won’t Kill the DevOps Star 2023 Will Be the Year FinOps Shifts Left Toward Engineering Entrepreneurship for Engineers: Avoiding Feature Bloat Wellspring of Creativity: Why Public Domain Matters
THE NEW STACK UPDATE A newsletter digest of the week’s most important stories & analyses.
The New stack does not sell your information or share it with unaffiliated third parties. By continuing, you agree to our Terms of Use and Privacy Policy.