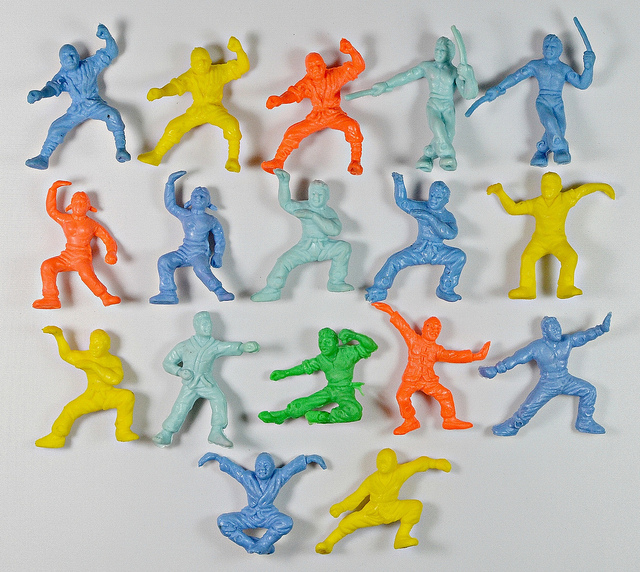 EMC announced Thursday that it will be the first company to open a Cloud Foundry “Dojo” this summer, patterned after the paired programming model used by Pivotal Labs, which EMC acquired in March 2012.

EMC plans to invest $10 million in the dojo, to be located in Cambridge, Massachusetts, over the next three to five years. The term dojo means “a place of the way” and is a word commonly used to describe a martial arts training facility.

While it can take a year or more for an application developer to gain full open source contributor (“committer”) status on an open source development project, the dojo model pairs a more seasoned coder with a student to gain committer status in as little as six weeks.

When Cloud Foundry set up its foundation, it had planned to have ten dojos by the end of the year, according to Brian Gallagher, president of EMC Cloud Management Division. The foundation sees the model as a means to develop a critical mass of software coders developing applications on Cloud Foundry.

Other commitments have been made for sites to be located in strategic locations around the world, confirmed Chip Childers, head of technology for the Cloud Foundry Foundation. He called it a “key area of focus for the membership.”

The student coders could come from within EMC, its rivals, ISVs or any number of companies. They will work on real Cloud Foundry projects that will go into its backlog, with projects most likely focused on the BOSH layer, Gallagher said in an interview.

He called the effort another example of EMC’s commitment to open source. In addition to the dojo, it will be working on its own Cloud Foundry contributions, and has other open source projects in the works, including OpenStack with its acquisition of CloudScaling and initiatives called EMC Code.

“EMC has a strong interest and equally strong investment in hybrid cloud technology, as we believe it will play a huge role in the end state for IT systems in the not-too-distant future. But in order for this reality to take shape, an ecosystem of open APIs and frameworks must be nurtured to overcome one of the biggest hybrid cloud challenges — making content and applications portable,” Gallagher says in a blog post.

Creating the foundation and enlisting the Linux Foundation to run it helped quell some of the criticism that Cloud Foundry was being overly influenced by big players such as EMC and Pivotal. However, setting up the contribution levels — in addition to the platinum level, other companies have contributed to the project in lesser amounts — didn’t sit well with some.

The idea that EMC’s plans for the dojo was related to its influence was dismissed by Childers who said,  “To be clear, the dojo program isn’t about exerting influence over the project. It’s about a collective desire to continually expand the pool of high-quality engineers working together to solve the hard problems that Cloud Foundry needs to solve for its users.”

This could be a great opportunity for someone who has a deep interest in a particular project and wants to get to know the lead committers and hear first-hand about the inner design and workings, according to Mike Matchett, senior analyst and consultant at Taneja Group.

“It’s heartening that EMC and Pivotal no longer want to completely dominate the project and are willing to help others get up to speed,” he said. “Cynically, however, it can also seem an attempt to foist off and spread out some of the key work of carrying and shouldering the ‘heavy’ core parts of the big project onto others while still reaping the major sponsor benefits.”

To some extent it signals that EMC and Pivotal are not getting the financial mileage they wanted out of the project as it is, he said.

“Compare this to the Hadoop ecosystem in which there are many vendors still vying competitively to provide the ‘major committers’ to the core projects. Here, instead, we see the major committer looking for a new generation of outside folks to pass on some key controls to,” he explained.

EMC has not been a dominant force in the project; they have been a minority force, and this represents a big step up in their contribution and commitment, said Cloud Foundry Foundation CEO Sam Ramji, who said in a follow up email interview that he disagreed with Matchett on all points.

EMC has not historically had a product or revenue goal for anything related to Cloud Foundry, Ramji said. Pivotal, which does have revenue goals, recently announce $40M in 2014 revenue, making their Cloud Foundry-based product the fastest growing open source product in history.

EMC has also not been a major committer, Ramji said. The company joins IBM, Intel, HP, SAP, VMware and a host of others that are participating in Cloud Foundry. The goal is to additionally open the project to more developers from vendors and customers that include Accenture, eBay, Orange, Rakuten, Swisscom and others.

Since the publishing of this post, updates have been made to include comments from Cloud Foundry Foundation CEO Sam Ramji.

Susan Hall is the Sponsor Editor for The New Stack. Her job is to help sponsors attain the widest readership possible for their contributed content. She has written for The New Stack since its early days, as well as sites...
Read more from Susan Hall
SHARE THIS STORY
RELATED STORIES
The Top 4 Threats to Securing Your Cloud Infrastructure What Is the Docker .env File and How Do You Use It? Kubernetes Needs to Take a Lesson from Portainer on Ease-of-Use Entrepreneurship for Engineers: Building for Customers’ Love Kinsing Malware Targets Kubernetes
TNS owner Insight Partners is an investor in: The New Stack.
SHARE THIS STORY
RELATED STORIES
Kubernetes Needs to Take a Lesson from Portainer on Ease-of-Use Choosing the Right Container Native Storage for AWS Public Cloud Crossplane: What Most People Get Wrong (and How to Get It Right) Prometheus at 10: What's Been Its Impact on Observability? What TNS Readers Want in 2023: More DevOps, API Coverage
THE NEW STACK UPDATE A newsletter digest of the week’s most important stories & analyses.
The New stack does not sell your information or share it with unaffiliated third parties. By continuing, you agree to our Terms of Use and Privacy Policy.