The Future of Flexible Work in the Tech Industry

As employers battle inflation and struggle to find and keep tech workers, truly flexible work presents as a way for companies to survive — and, perhaps, for their employees to thrive.
Jul 20th, 2022 2:16pm by Jennifer Riggins 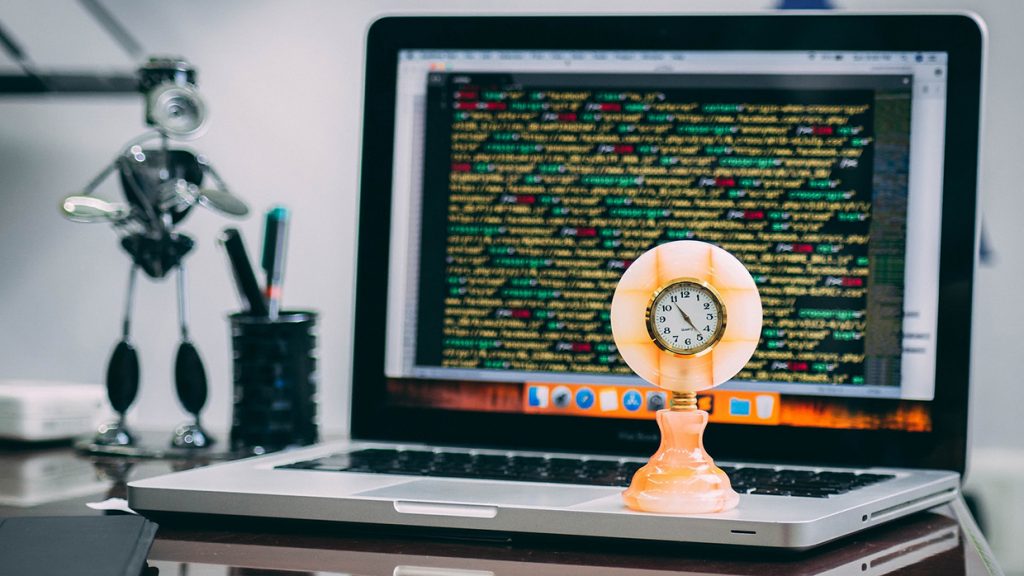 Featured image by Hitesh Choudhary via Unsplash.
TNS Annual Reader Survey
We need your input! Take 5 minutes to chime in and help guide our coverage.
Begin the survey
This post is the first in a three-part series exploring the future of flexible work in the tech industry. Be sure to check out the follow-up posts on the four-day work week and on job sharing.

Flexible work arrangements have long been linked to driving diversity, equity and inclusion in the workplace. In the tech industry, they also drive innovation, as employees look to experiment with side hustles, thought leadership, continued learning  and work-life balance.

The four-day work week is getting a lot of media attention, but it’s not as common or as good as it sounds. Because four days’ worth of 10-hour shifts, like Belgians now have a right to, isn’t really a recipe for work-life balance. And sure, a 32-hour work week sounds great, but most companies can’t afford such limited coverage in a 24/7 global economy.

The truth is, in our always-on world, most roles need more coverage than less, only increasing workloads and cognitive loads. Burnout is the norm in the tech industry. And there just doesn’t seem to be time to take a step back.

The Great Resignation continues, and inflation has sent the cost of doing business soaring. Truly flexible work presents as a way for IT hiring managers to compete for tech employees — and, perhaps, for those team members to thrive.

For years studies have shown that people would take a wage decrease to eliminate their commute, which typically costs thousands a year in public transit, fuel and tolls — plus an average of about an hour a day. Even a year ago, 61% of American workers polled by GoodHire employment software said they would take a pay cut to keep working remotely.

But after a couple of years without being forced into the office five days a week, employee expectations have shifted. Tech workers are hungry for even more of the flexibility they’ve grown accustomed to, and are making it a crucial part of tech salary negotiations.

Flexibility has become a given in the tech job market. Tech workers are very likely to have the ability to work remotely full time: 52% of people in “computer/mathematical” fields are able to work from home five days and week, and another 37% said they can spend part of their week working remotely, according to a June study by McKinsey and Company.

Compare those figures to the 35% of all survey participants who said they can work remotely full time, and the 23% who can do so part-time.

According to a June report from Gusto payroll and human-resources software, 45% of people who declined their last job offer cited a lack of flexibility and work-life balance as the main reason.

Microsoft has nearly doubled its salary budget in order to retain employees, but not many companies have Microsoft’s budgets. As inflation skyrockets beyond salary growth, flexible work is a way to offer other benefits that don’t directly cost the company more money. Academic research released in June has found that the “amenity-value gains” of flexible work helps ameliorate pressure to increase wages.

“In the face of inflation, some companies have shortened the work week rather than increase pay,” said Jacqueline de Rojas, president of the techUK membership organization, at London Tech Week in June.

Over a year into the Great Resignation, she found that “the power has shifted from the employer to the employee.” Not only is she seeing tech workers demanding job flexibility, but they also want access to innovation, upskilling and training.

Flexible work arrangements don’t just make it easier to hire and retain tech workers. They are likely to be better at delivering too. According to the “Gartner 2021 Digital Worker Experience Survey,” 43% of respondents said that flexibility in working hours helped them achieve greater productivity, and 30% of respondents said that spending less or no time commuting enabled them to be more productive.

Earkick, a mental health tech startup, falls on the far end of the flexible work spectrum by offering ample benefits including:

“It’s not about making it the same for everybody. People need different things,” Karin Andrea Stephan, chief operating officer and co-founder at Earkick, told The New Stack.  The company, which produces an anxiety tracker, aims to offer its employees “as much as we can, so they can focus on being productive and staying physically and mentally healthy.”

Earkick currently has eight team members around the globe, including a 14-year-old part-timer and another colleague who can only work when the anxiety of living in a war zone allows.

Forty-five percent of people who declined their last job offer cited a lack of flexibility and work-life balance as the main reason, according to a June report from Gusto payroll and human-resources software.

“We’re an early-stage company and my co-founder and I can do everything crucial,” she said, pointing to a solid execution plan backed by remote project management and communication tooling. “Even if there was an urgency, it still stands to decide whether it is important enough to get folks out of their weekend, sleep, etc.”

There is a common fear right now that an increase in flexible work leads to a decrease in company identity. After all, the gig economy isn’t associated with company loyalty. But that doesn’t have to be the case if you prioritize psychological safety and intentionally communicate your mission, goals and policies from the start.

“My motto is to work with and hire people who are A. Smarter than me and B. Idiosyncratic and creative. To find, attract and keep these folks, you need to treat them well. That’s why we put that kind of values [and] culture in place,” Stephan said.

Flexibility is about flexibility in the system, according to Karen Morley, author of “FlexAbility: How High Achievers Beat Burnout and Find Freedom in an Overworked World.”

While flexible work is tied to an uptick in diversity, equity and inclusion, it’s often tied to limiting career progression. “If you want to work flexibly, you may be judged as lacking true dedication to work,” Morley continued. For instance, a  parent would be harshly judged for choosing their job over their kid — but would also be punished for having a gap on their résumé.

Data from this year’s “Future Forum Pulse” — a survey of over 10,000 knowledge workers — found that non-executives are under far more pressure to return to the office than their bosses. Pre-pandemic flexible work was mostly seen as a reward for more senior staff — who usually had more private space instead of the open floor plan most non-execs endure.

Pressure to move back to the office is one of the main reasons the survey found that non-executives’ work-life balance scores are now 40% worse than those of their bosses, while they also report more than twice the level of work-related stress and anxiety. To help retain talent and prevent burnout, any flexible working arrangements must be available to all staff.

The same survey uncovered that the shift to remote work coincided with significant increases in Black knowledge workers’ employee engagement. Compared with the previous year, Black employees are now reporting:

“To restrict the flexibility that remote work offers will only make it harder for organizations to recruit and retain employees of color,” wrote Cydney Dupree, an organizational behavior researcher, in a February opinion article for “The Hill.” Deciding when and if to go into the office, she wrote is an anti-racist action that demands less code-switching and evades more micro-aggressions.

Truly inclusive flexible work isn’t just about when and where to work, but from dress codes to preferred communication, it’s about how to show up.

“Joining a meeting does not have to mean showing your face or your home to your colleagues,” Dupree continued. We already know virtual backgrounds work less well with darker skin tones. Forcing employees to turn their cameras on during virtual meetings is also an extra challenge for some neurodivergent people.

Muriel Clauson told The New Stack this ability to decide when to have cameras on is called micro-flexibility, which can also be crucial to inclusion efforts.

In the end, it comes down to: “Do we really trust our employees to get their work done?” Clauson said, reflecting her view as both a future-of-work researcher and as co-founder and CEO of Anthill, an SMS-based, machine learning-backed human-resources service for deskless workers.

For Anthill’s 34-person distributed team, the company offers fully flexible work with a short band of time during the day where employees are requested — not required — to be available.

“If there’s a week that’s lighter — like the Fourth of July week — we’ve told our team, move forward the things you want to move forward, no need for meetings or cameras,” she said.

There is of course a reasonable fear that a move to flexible working arrangements could mean fewer worker rights, as flexibility can be abused to shift whole workforces toward part-time compensation packages and benefits.

No matter if it’s a contracted engineer working from home, a desked job share, an internship or a deskless shift worker in the data center, Clauson said organizations should be “looking for opportunities to include people in benefits, protecting workers instead of looking for loopholes to not.”