The Internet of Things and the Negative Response of IT 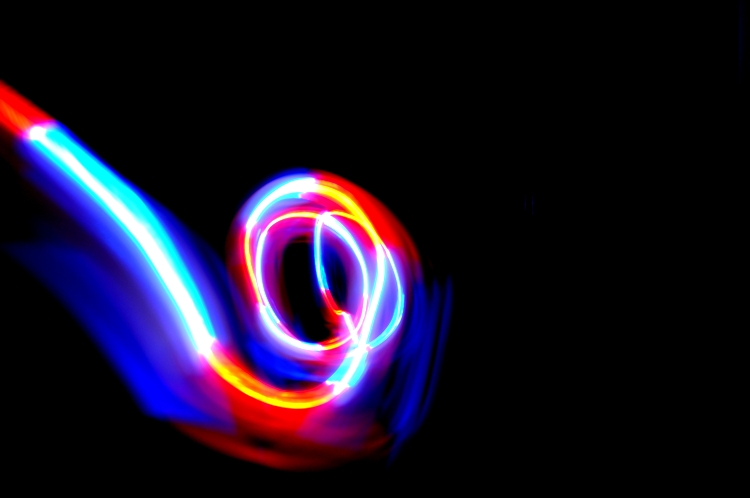 On the symbiosis of IT and the Internet of Things ( IoT) — let’s start with a trends graph. It turns out that in the last three years there’s been a pretty interesting trend away from discussing “Bring Your Own Device” and toward the “Internet of Things” – whether we’re talking wearables or Internet connected devices, we can’t ignore the momentum of data being collected by and interacted with devices which are not what IT might call a “device” in the spirit of any defined BYOD policy. 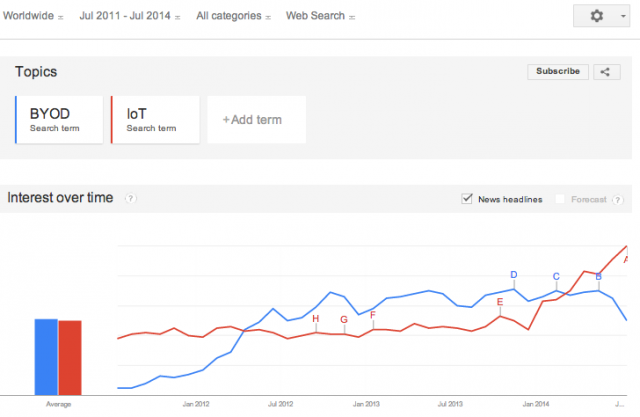 Around the time this trend began, LEF researcher Simon Wardley wrote a short piece on consumerization in which he shared the following map: 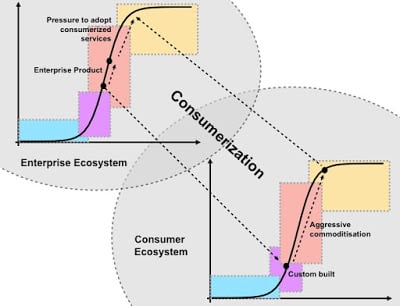 When we think about the notion of BYOD in the context of IT, it’s usually about laptops, tablets, and phones. I’ve yet to see a BYOD policy that accounted for something like Google Glass, Samsung Gear, Nest, or even a Fitbit – that is because those are not things that IT thinks of as part of the enterprise ecosystem. As Simon writes in his post, IT strategy is not a political constitution, it’s an operational imperative:

IT is in a unique position to provide a competitive edge by taking cues from employees. It’s an exercise in friction, really.  That’s evident in the US Olympic Ski uniforms, for example, which used more than  a million data points from racer Bode Miller’s practice runs to perfect the design and aerodynamics of the skiers skin tight suits.  For ultimate success, such as a gold medal,  it’s easy to immediately understand IT’s impact on the team’s value chain.

In the context of IoT, the first step is to accept that everything is going to be connected, and thus moving the goal posts of IT – if accepting BYOD shifted things from control to enablement, then the next evolution must be from enablement to improvement. See how palatable what I’m proposing is by reading the following three sentences:

There are already signs that data creation and consumption are organizing work at a faster rate than the Moore’s Law framework. In many ways IT is in a race where radical changes in the fundamental structure of competition can occur during the actual race, rather than before or after. In the context of security, IT should view policy compliance as competitive crutch, not as an authoritarian truncheon. If there are a bunch of checkboxes that prevent innovation, be creative. Work collaboratively with the business to understand and anticipate (satisfy is not good enough) the needs of the users.

The Internet of Things is an amalgamation of megatrends coming together: big data, cloud computing, smart devices. If those of you who, like me, are “of age”, and remember the days when IT gave you your first laptop, your first mobile phone, your first WiFi adapter…those were all investments in making the business more agile by empowering the users. IoT is a great opportunity for IT to regain its perch as business’ competitive differentiator. The trick is to just keep to the basics:

Tal Klein is vice president of marketing for Adallom, a sponsor of The New Stack.