The Internet of Things Needs an Infusion of Web Technologies 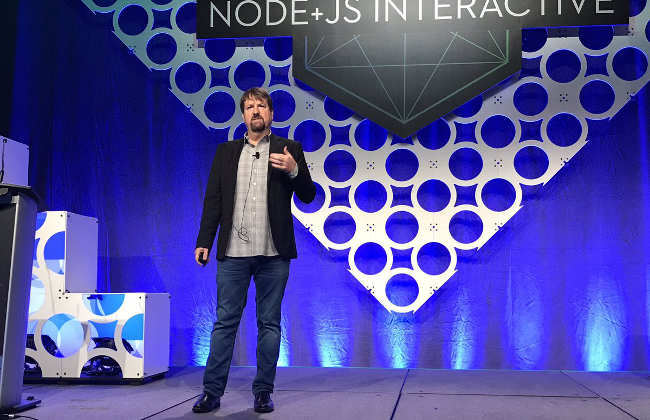 Despite being a potential $11 trillion industry, the Internet of Things (IoT) appears to be stuck in neutral. And while there are many problems with IoT that hold it back, one of the chief blocks is the complicated, fringe technology being built to run these systems. Practitioners would be better off if they adopted “good-enough” Web technologies to do the job instead, noted a well-known IoT expert.

“There’s no doubt been a failure to launch with IoT,” said Rob Tiffany, founder and CEO of the Enterprise IoT consultancy, speaking at the Node + JS Interactive 2018 Conference, being held this week in Vancouver. “We’re in Proof-of-Concept hell right now.”

IoT has actually been around for decades, though in the past decade there has been a confluence of factors to bring it to the attention of investors, including low-cost microcontrollers and sensors, easy-to-use analytics, cloud storage, and pervasive wireless networks. In 2015, McKinsey & Company estimated that IoT could be an $11 trillion industry by 2025.

In other words, IoT could be a bigger market than any other that investors could choose to invest in, dwarfing the size of other buzzphrase-driven endeavors, such as artificial intelligence.

“There’s a lot of love out there for making things talk with one another,” Tiffany said.

Yet, despite enthusiasm, IoT remains a fraction of its full potential.

Tiffany summarized a number of reasons for this relative failure. One is the complexity of technologies. Not only are there wide arrays of hardware, but also “weird data formats and strange wire protocols you’ve never heard of, hundreds of them,” he said. Something as simple are wireless connectivity doesn’t just rely on cellular but formats such as Zigbee and Sigfox. These technologies not only have to be integrated together with each other but fused with the back-end enterprise systems as well.

And these technologies, while they may not be considered fringe technologies, aren’t super well-known by IT professionals, which leads to another issue of IoT: Lack of expertise.  Apache may offer free analysis tools but few people know how to use them. “It’s not like there are just data scientists hanging around everywhere,” Tiffany said.

Other problems persisted as well, including poor data quality and security woes.  As a result of all these factors, projects take too long to complete, and often fail. The original champions of many IoT projects, after years of work, left or were fired for not showing results.

Many of the IoT technologies are technically fine, but they all have the same shortcoming, namely not being ubiquitous, Tiffany argued.

“They may be open standards, but that is no longer good enough. It’s more important for me for IoT, and all the good it can do for the world, to succeed, then to fail because we stuck with ‘the best’ fringe technologies out there,” Tiffany said.

Last month, Tiffany wrote a LinkedIn post that basically called the Internet of Things just a large version of Twitter. He was being provocative, of course, but there was a kernel of truth to the idea — it’s all about managing messages.

Tiffany’s idea is that it should embrace what is already being used if it is “good enough,” he said. In much the same way Linux was not as good as most commercial Unix distributions but was good enough for most use cases, and so it succeeded and soon dominated the market.

There are a plethora of widely-understood open source technologies that could do the heavy lifting of IoT. They may not work as well as specialized IoT tools, but they are more widely understood. Data transport? Most people understand HTTP. Long-range application communications? REST or Websockets. Security? TLS and 508 certificates. Data formats? JSON. Language? Instead of tracking down C programmers, use JavaScript, which everyone knows — NPM repositories already have packages for connecting to the thorniest industrial devices, right out of the box.

“Let’s keep it easy. Familiarity and having lots of people understand stuff is much more important than [having] the best and most efficient protocols,” Tiffany said. “We don’t need another protocol. We got what we need.”

The Linux Foundation paid for the travel and hotel costs for the reporter to attend this event.