The Internet of Things on the Edge 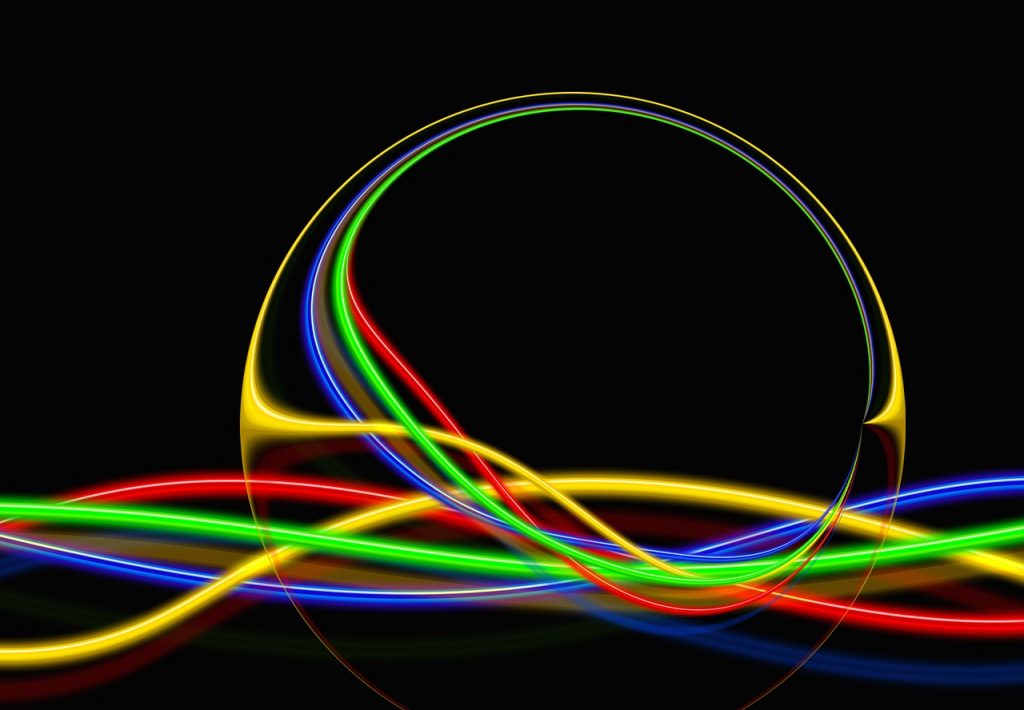 Edge computing has become an important trend for the Internet of Things (IoT). Gartner Group identifies edge computing as one of its top Tech Trends for 2019. Companies implementing IoT solutions are seeing real benefits of processing data on the edge, closer to the “things”, before it is sent to the cloud. Confirming this trend, a recent Micron/Forrester survey found in the next 3 years 53 percent of respondents expect to be analyzing complex data sets at the edge. This is why some have made the bold prediction that “the edge will eat the cloud.” 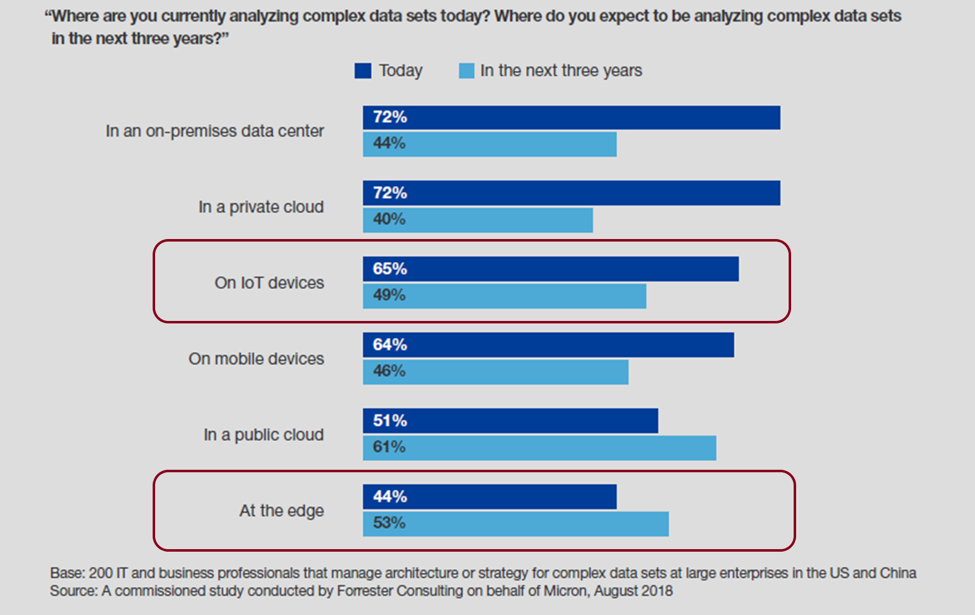 Edge computing is gaining attention since it addresses some of the key issues of implementing industrial IoT use cases. 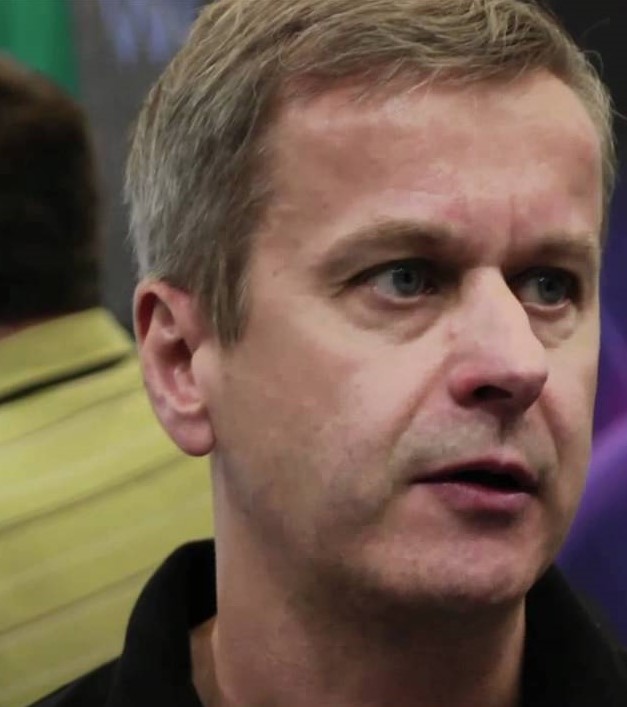 Processing large amounts of sensor data at the edge reduces network bandwidth costs and cloud data storage costs. Edge computing allows for the analysis and filtering of data closer to the sensors so only the relevant data is sent to the cloud.

Many industrial IoT use cases require sub-second response times for safety-critical and precision operations. For instance, if a human is too close to a piece of industrial equipment it needs to stop working immediately. In this case, the decision to stop working can’t wait for a return trip with an IoT cloud platform. Moving the processing to the edge, close to the sensors, allows for sub-second response times.

Autonomous cars are another use case the requires sub-second response time that is possible due to edge computing.

Security and privacy requirements for industrial IoT use cases are also driving the need for edge computing. Factories and critical infrastructure are using edge devices to shield critical industrial processes and equipment from a direct network connection. Similarly, the data generated by these machines is often viewed as private and confidential is edge computing is able to keep sensitive information within a factory.

Finally, edge computing also allows for autonomous operations. Many industrial operations cannot simply stop if there is a network connection issue. Edge computing allows equipment and factories to continue operating regardless of the network availability.

The market dynamics between the different vendors and open source communities is still developing. Some vendors are looking to offer a complete device to cloud solution, some are establishing partnerships and others are working in collaborative open source communities. There is no clear leader, but it seems some are achieving more success than others.

The IoT cloud providers edge solutions are focused on providing customers with an integrated total solution that includes device to edge to cloud. They are making it easier for customers to build, deploy and manage IoT devices that connect with their cloud platform. It is a compelling story for many customers looking to quickly roll out a new connected product. However, the risk for this integrated solution is the long-term vendor lock-in it creates.

Amazon and Microsoft are the guerillas of the IoT cloud providers. Both have edge solutions that connect with their respective IoT cloud platform. Amazon Web Services offers AWS IoT Greengrass that allows connected devices to run AWS Lambda functions, AWS services to do machine learning, data sync, and connectivity with AWS IoT Core. Similarly, Microsoft IoT Edge allows a connected device to run MS Azure services. Microsoft has taken the step of making IoT Edge an open source project on GitHub. This would appear to make it easier to port IoT edge to other hardware platforms but it appears to be tightly tied to the Azure IoT Hub cloud platform.

Many of the IoT Platform vendors are also creating their own edge offerings. Companies like Litmus Automation, Clearblade, Bosch IoT Suite, Software AG Cumulocity, and others offer edge solutions that connect with their IoT platform. The focus for many of these companies is to be able to run data analysis and machine learning models on edge hardware.

There are a number of venture-backed startups that are focused on providing edge solutions. Companies such as Foghorn and Swim specialize in offering machine learning and analytics at the edge. Other companies such as Zededa and Edgeworx are bringing virtualization technology and container technology to edge devices.

All of these companies are creating partnerships with the major IoT platform and IoT cloud providers to connect their edge solution to different IoT platforms. The challenge they will face is to support all the different integrations that are typically based on vendors specific APIs and protocols.

IoT Gateway vendors are investing in the software stacks that run on their hardware. These software stacks are becoming more sophisticated to meet the needs of edge computing use cases. Interestingly, many of the hardware vendors are building their software solutions based open source projects.

Dell and Rigado have IoT gateways that run Ubuntu Core allowing for remote management and deployment of software running on their gateway devices. Dell is also the leader of the EdgeX open source project for edge computing. Eurotech offers Everywhere Software Framework, based on Eclipse Kura, for building edge computing applications. ADLINK, a large Taiwanese gateway manufacturer, develops Vortex Edge and Vortex DDS, to make it easier to deploy software on their gateways. Vortex DDS is based on the Eclipse Cyclone DDS project.

For the most part, IoT Cloud providers, IoT Platform vendors and Edge start-ups are not participating in collaborative open source communities building edge technology. Some have created their own open source projects but many continue to focus on providing vendor specific commercial solutions. The commercial solutions will often be built with open source technology but the companies are not actively participating. However, the lack of participation of these vendors hasn’t dampened the momentum of starting collaborative open source projects for edge computing.

LF Edge is by far the largest open source collaboration in terms of corporate sponsors. The corporate sponsors appear to be companies that don’t have strong IoT platform offering so they may see an open edge framework as a way to level the playing field. The task of integrating the 5 projects and onboarding new edge projects will be interesting to follow. If they are successful, it will definitely be a community that would challenge a single vendor approach to IoT.

The Eclipse Foundation is one of the most established open source communities for IoT. Eclipse IoT was created over 6 years ago and hosts over 30 open source projects that include many for edge computing. Eclipse Kura is the flagship edge computing project at Eclipse but there is also Eclipse ioFog and Eclipse fogO5 that creating innovative edge technology. Eclipse also hosts implementation of popular industry standards that are required for edge computing, such as MQTT, OPC-UA, DDS, CoAP and LWM2M.

The OpenStack Foundation is also expanding into edge computing. Based on a code contribution from Wind River, the StarlingX project is an integration of different open source project, including CentOS, OvS-DPDK, Ceph, Kubernetes, and OpenStack, with the purpose of running cloud services on edge devices. The project was started in October 2018 so it is relatively new.

Huawei and Baidu have also created their own edge computing projects on GitHub. Huawei is the main contributor to KubeEdge, which is extending Kubernetes to the edge. The project was started on GitHub in September 2018.  Baidu just announced in January the openEdge project. It would appear openEdge is integrated with Baidu’s IoT cloud platform so it is not clear how independent is the technology.

It is clear edge computing is an essential component in any IoT solution. Customers are benefiting from the innovation and diversity of edge computing solutions. There is a trade-off between the ease of use a single vendor provides a complete edge to cloud infrastructure versus the costs of integrating solutions together and the long-term avoidance of vendor lock-in. Over time customers typically demand heterogeneous computing solution for distributed technologies such as edge computing. If history repeats itself the industry will solve this by defining a set of common standards and protocols that define how the edge and cloud communicate. And like web technologies, these standards and protocols will likely be implemented by vendor-neutral open source and standard communities.

Disclosure: Dell and Bosch are clients; my former employer was the Eclipse Foundation and I was active with the Eclipse IoT projects.

SHARE THIS STORY
RELATED STORIES
Livin’ Kubernetes on the (Immutable) Edge with Kairos Project What Is Multi-Access Edge Computing? Spotify: Bigger the Codebase, the More Challenging the Migration 7 Edge Computing Uses You Should Know How New Sony AI Chip Turns Video into Real-Time Retail Data
SHARE THIS STORY
RELATED STORIES
Couchbase’s Managed Database Services: Computing at the Edge Why the Edge for Applications Is a Trend Heading into 2023 Performance Measured: How Good Is Your WebAssembly? 4 Supply Chain Security Threats and How to Handle Them 9 Supply Chain Security Best Practices
THE NEW STACK UPDATE A newsletter digest of the week’s most important stories & analyses.
The New stack does not sell your information or share it with unaffiliated third parties. By continuing, you agree to our Terms of Use and Privacy Policy.