The Internet of Things Will Be Delivered on Dev-Led Partnerships

“We believe in a developer-driven world.”This is how The New Stack sponsor Packet’s CEO Zachary Smith started his interview at this year’s MWC. Packet’s automated infrastructure allows companies to rapidly deploy and manage physical infrastructure at global scale, without virtualization or multi-tenancy. This includes their bare metal public cloud, which, as the first to pair with edge computing, offers a promise of enterprise-grade security and connectivity at 5G speed.
Apr 25th, 2019 9:27am by Jennifer Riggins 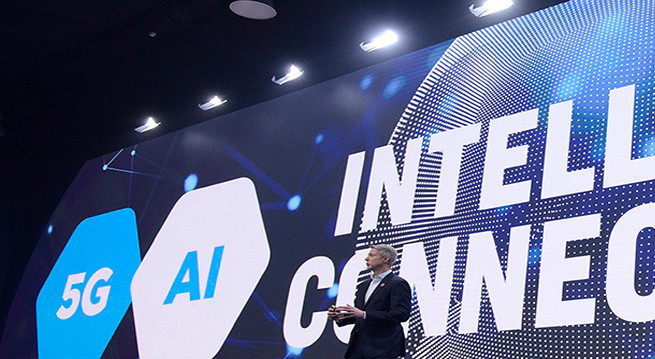 “We believe in a developer-driven world.”

This is how The New Stack sponsor Packet’s CEO Zachary Smith started his interview at this year’s MWC. Packet’s automated infrastructure allows companies to rapidly deploy and manage physical infrastructure at global scale, without virtualization or multi-tenancy. This includes their bare metal public cloud, which, as the first to pair with edge computing, offers a promise of enterprise-grade security and connectivity at 5G speed.

The future of the Internet — and the Internet of Things for that matter — is all about partnerships. This is why Packet founded the Edge Access Program to build partnerships that foster open source and commercial use cases for a “go anywhere cloud model” based on edge computing. These range from MobiledgeX to the newest pairing with Ampere Arm Processors for powerful compute at lower costs and power consumption.

Edge computing pledges to get resource services to enterprise customers faster by deploying as physically close to them as possible. And in a bare metal world, Smith says, developers have more choices “versus cloud platforms making so many of the choices for you.”

He says Packet is “trying to change the delivery model for how technology opinion gets to market. Amazon, Google, etc shouldn’t be the only ones. Thousands of companies should be able to deploy and scale their own infrastructure  an opinion globally — and the only way to do this is with automation.”

The Internet of Things and the next level of intelligent connectivity won’t be driven by big network providers along — experimental developers will lead the way.

This doesn’t mean the telcos and network providers will be pushed aside. They will just become a voice — instead of the voice — as one of the important large-scale distribution channels, joined by newcomers to the tech space like the real estate industry.

Mobile World Congress — now rebranded as MWC — used to be all about the mobile carriers. Smith pointed out that now the Internet people have really taken over — hence the prevalence of sneakers paired with suits. Google had at least as a big a booth as T-Mobile — and a more creative presence throughout the massive conference.

Smith predicts part of this is that mobile consumers are tapped out — hardly anyone would spend more money on a mobile phone that’s three times faster than what they already have with 4G. And he says most carriers just don’t know how to talk to enterprises.

While low-latency use cases like self-driving cars seem to get all the headlines, Smith suggests that the promise of the edge is about enterprise gaining access to excellent, more localized — and thus less expensive and more reliable — wireless to power the Internet of Things.

Smith says this is why the Internet of Things isn’t working today and the only way it’ll move forward is by pairing developer-controlled wireless connectivity with distributed bare metal compute.

Since Autumn 2018, the Packet team has taken their bare metal tech and paired it with their go-anywhere cloud model, which together creates what he calls a “deployment mechanism that can go anywhere in the U.S.” This includes a partnership with SBA, the third largest tower operator in the U.S., and with Vapor IO and its network of Kinetic Edge containerized data centers. With these two partners helping to deploy Packet’s bare metal servers and platform, the company launched its first edge sites this February, two in Chicago and one at the New England Patriot’s National Football League stadium in Foxborough, Massachusetts.

How does this give access to developer-driven innovation? Smith says it’s about providing engineers access to play with this emerging tech. Edge Alliance Member Section is an edge compute platform that allows devs to write their own apps and strategically deploy them where they want on a dozen existing or custom workloads.

Smith looks at this as just another step-in evolution of software development.

First came data centers, “then out came EC2 (Amazon Elastic Cloud Compute) and the cloud and suddenly you could just sign up and do stuff. In the past wave, a lot of software creation happened because people suddenly had fast, reliable access to infrastructure. And while today’s world is driven by wireless connectivity, most developers don’t have access to innovate on it. With edge computing and technologies like CBRS Wireless, millions of developers are now going to have programmatic access all the way from the cloud to the wireless access point,” Smith said.

He continued that it’s a huge industry, made of telecoms and carriers and operators and the people who service them, with a massive amount of distribution. He said this complexity won’t change, but what’s going to change is that software will be embraced at every stage now. As everything connects together, developers will then be able to connect applications directly to the bare metal and providers like Cisco and Ericsson.

Smith said they have many other discussions in progress, including providing Packet’s tech to carriers who have, of course, a very broad reach. Similarly, cell towers are expanding their connectivity use cases by offering to building owners, commercial centers, and even the New York City Subway.

The Packet team is looking to reach more enterprises — “We have a large amount of developers in [our] platforms. Enterprises can get the cloud they need, and they can innovate on the wireless side. We have tons of apps and service providers working on it. We want enterprises to come now,” Smith said.

“We are the first bare metal edge cloud. It’s not based on future use cases of self-driving cars. This is about enterprises needing cloud everywhere,” he continued, not just in the biggest cities.

“Developers need to do cloud; they just need to do it everywhere.” — Zachary Smith, Packet

The Intrinsic Relationship of the Edge and DevOps

There’s no doubt enterprises are slower to adapt cultural changes like agile. However, they’ve been more welcoming of DevOps, as tearing down silos between development and operations is a way to accelerate development and release.

Packet Chief Technology Officer Ihab Tarazi said the non-sneakers folks — who come from traditional enterprise and telecom backgrounds — need access to the edge and its virtualized environments, to understand how to use Kubernetes, to understand how to accelerate from shipping every 18 months to just about every day.

“The world is moving so much faster — how do I do that? They need a cloud, where their customers and radios are. They need developer ecosystems,” Smith added.

Tarazi added to this that “They don’t know what the ecosystem is.”

He says they automatically try to fit it into the usual enterprise boxes, like Linux, Cisco and Red Hat.

Smith said that instead of selling to a big operator, Packet and its partners chose the option of the U.S. Citizens Broadband Radio Service (CBRS) to allow developers to use that spectrum on demand for free. On this new spectrum, a new set of airwaves are built to be used by developers as if it were cloud native.

“You can take this spectrum as long as you have access to a radio. Reserve it only for me and only on-demand and spend no money. Go from four spectrum users to thousands,” he said.

The Samsung Galaxy s10 and Google Pixel 3 both have the 5G chip in it to test with. 5G is also expected to roll out in smart city devices like smart cameras.

5G is “coming to them either through the devices or the WiFi or enterprise distribution,” Tarazi said. “It’s the people you usually buy from,” but then you can use whatever software you want on the Packet stack.

As an enterprise and as a developer, you can control all the way from the device to the hotspot.

“It usually takes 90 days to deploy in new locations, but this way developers can activate the device in minutes not weeks,” Tarazi said.

Jennifer Riggins is a culture side of tech storyteller, journalist, writer, and event and podcast host, helping to share the stories where culture and technology collide and to translate the impact of the tech we are building. She has been...
Read more from Jennifer Riggins
SHARE THIS STORY
RELATED STORIES
5 Best Practices for DevSecOps Teams to Ensure Compliance Swarm, a User-Friendly Alternative to Kubernetes 4 Cloud Security Considerations for Financial Services Firms Crossplane: What Most People Get Wrong (and How to Get It Right) Kubernetes for Windows
TNS owner Insight Partners is an investor in: The New Stack.
SHARE THIS STORY
RELATED STORIES
Entrepreneurship for Engineers: Building for Customers’ Love Swarm, a User-Friendly Alternative to Kubernetes Kinsing Malware Targets Kubernetes What Is the Docker .env File and How Do You Use It? The Top 4 Threats to Securing Your Cloud Infrastructure
THE NEW STACK UPDATE A newsletter digest of the week’s most important stories & analyses.
The New stack does not sell your information or share it with unaffiliated third parties. By continuing, you agree to our Terms of Use and Privacy Policy.