The ‘King of Quarters’ Defends His Video Game Records

Videogames may represent the secret culture of geeks, a magical netherworld which gave so many of us our first exposure to computers. Some of that fascination was captured in the beloved 2007 documentary "The King of Kong: A Fistful of Quarters," which shows the intense world champion of Donkey Kong — Billy Mitchell – facing a challenge from a determined and earnest schoolteacher named Steve Wiebe.
Sep 22nd, 2019 6:00am by David Cassel 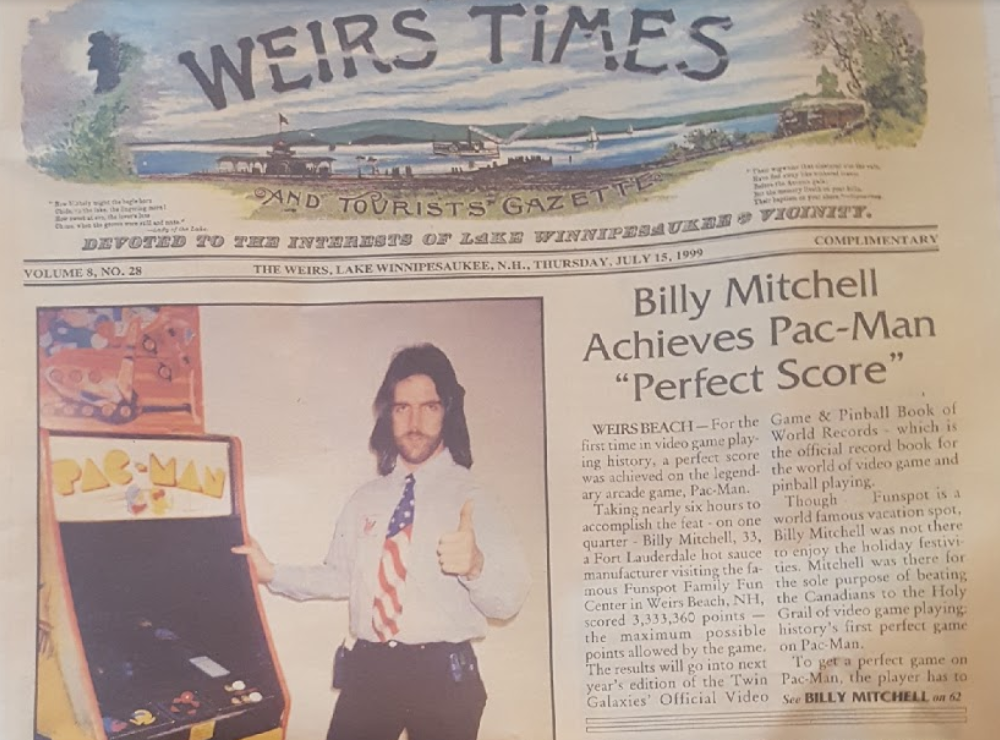 Video games may represent the secret culture of geeks, a magical netherworld which gave so many of us our first exposure to computers. Some of that fascination was captured in the beloved 2007 documentary “The King of Kong: A Fistful of Quarters,” which shows the intense world champion of Donkey Kong — Billy Mitchell — facing a challenge from a determined and earnest schoolteacher named Steve Wiebe.

The movie’s tagline? “What happens when a loser who needs to win faces a winner who refuses to lose?”

As records have come and gone, there are still fond memories for the movie’s portrayal of their epic battle. But is an entire legacy at stake?

The last 18 months have seen new questions raised about some of the high scores of Billy Mitchell, that documentary’s accuracy, and even the way that world-record video games are judged. So when 54-year-old former Donkey Kong champion Billy Mitchell finally defended his reputation this month, it seemed like the stakes represented more that just a lifetime of video game records, and the renown of an iconic figure in the world of video games. Maybe geek culture itself was at stake, in a brand new drama that’s now playing out in the non-virtual world, in the pages of the “Guinness World Records,” and soon, quite possibly in a very real court of law.

The Importance of Being Billy

A 2015 profile in Oxford American magazine remembered how young Billy Mitchell grew up playing videogames in his father’s restaurant in Hollywood, Florida. It described Mitchell as becoming “the most knowledgeable and masterful Pac-Man player ever to drop a quarter in a machine” and “probably the greatest arcade-video-game player of all time.” It even notes that in 1985 the “Guinness Book of World Records” credited Mitchell with the world’s highest scores for Pac-Man, Ms. Pac-Man, Donkey Kong, Donkey Kong, Jr., Centipede, and Burger Time. 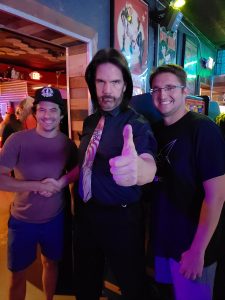 But 30 years later, their reporter found Mitchell still pontificating on the distinct personalities of each of the four ghosts in Pac-Man. Their article notes that by 1983 Mitchell had learned that after level 20 of Pac-Man, each of the next 234 levels are exactly the same — and that there are “a number” of points where you can simply park your Pac-Man where the ghosts will never find him, “then take a break to get a sandwich, use the bathroom, etc.” But most importantly, it also describes how he and a friend cracked the secrets of Pac-Man’s mysterious final level, in which the screen splits into two games — the one on the left being a normal game of Pac-Man, while the one on the right is a seemingly impossible “jumble of text and symbols” — eventually leading Mitchell to the world’s very first perfect game of Pac-Man.

But it was Mitchell’s high score in Donkey Kong that earned him his special place in video game history — and a prominent role in the 2007 documentary “The King of Kong.” Mitchell’s flawless confidence could be galling, judging by clips in the documentary. It shows Mitchell answering the phone “World Record Headquarters. Can I help you?” and when one talk show host asks Billy how he is, Billy answers “I’m perfect. Haven’t you read?” But the movie also seems to set up Mitchell as an unbeatable villain, while a luckless middle school science teacher tries to finally be the very best at something himself. (In the movie’s climax, the film-makers play Leonard Cohen’s ominous lines, “Everybody knows the dice are loaded…”)

Mitchell later told MTV News that “They paint Steve as the family man and I guess they paint me as a son of a gun.”

The Rest of the Story

The film ends with Steve Wiebe finally setting a new world record. But four months later — and just weeks before the film’s nationwide release, Mitchell announced that he’d beaten Wiebe’s highest score yet again. “It’s authenticity on a scale like never before,” Mitchell told MTV News, since it was verified live by a senior referee from Twin Galaxies, the official keeper of the world’s video game high scores. 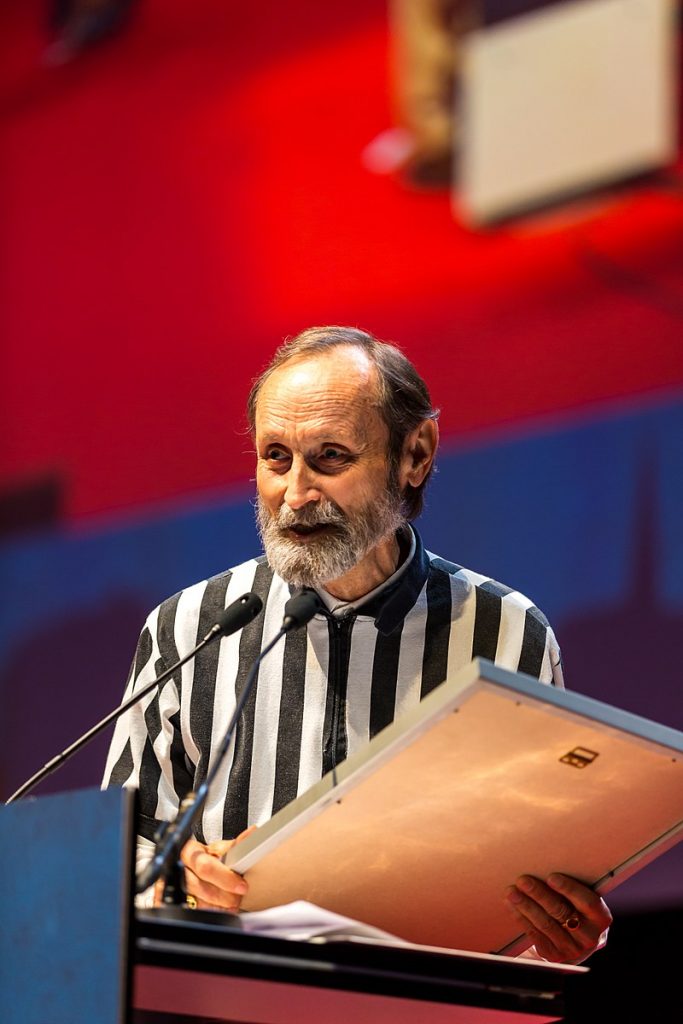 Mitchell even had the game machine’s internal board authenticated by Nintendo of America headquarters in Redmond, Washington, they report, and then mailed back to him in an envelope clearly marked as originating from Nintendo. Then as the cameras rolled, “Mitchell had the board removed from the packaging and placed into a ‘Donkey Kong’ cabinet only when a security guard, a notary public and a manager from a nearby GameStop were watching.” Then he set a new world record, on only his second attempt.

That new record stood until it was beaten by New York plastic surgeon Hank Chien in 2010.

Billy let that record stand for exactly four months, according to a press release from Twin Galaxies. But then “With two Twin Galaxies referees looking over his shoulder and a camcorder recording every move of the joystick, Mitchell played for almost six straight hours until he had his two world records” — one for Donkey Kong, and one for Donkey Kong Junior.

And then five weeks later, Steve Wiebe actually returned to the scene and reclaimed the Donkey Kong record for himself — prompting Time magazine to quip that now, “All is right with the world.” Their piece seems to prove that the documentary’s narrative still persisted of Billy Mitchell as the one you want to lose. “Three cheers for Wiebe, who’s proving persistence always pays off even if you have to lose some pride and shed a few tears to get to your dream.”

But less than one month later Chien reclaimed his record from both Wiebe and Mitchell, reported Kotaku, and Chein continued setting even higher records over the next four years until they were beaten in 2014 by newcomer Robbie Lakeman, who in February of 2018 set an even higher record score.

And then in February of 2018, Mitchell was accused of faking the videotapes of some of his high-scoring games. Twin Galaxies stripped him not just of those record-setting titles, but of all his records (prompting the Guinness Book of World Records to also expunge all of Billy’s records).

The accusations argued that the footage of Billy’s record-setting games included screens with tell-tale signs that looked like they came from something besides a classic arcade game booth, suggesting the footage was actually created on MAME hardware emulators (which would make it much easier to cheat). Billy insisted this was not the case, adding that it would take him a while to sort through all the technical details of the accusations.

This month, Mitchell finally made his big move, releasing a 156-page package of documents to support his claim. A letter from the Los Angeles law firm of Manning & Kass also demands a retraction of “defamatory” statements by both the Guinness World Records and the record-keepers at Twin Galaxies by Monday, Sept. 23.

It notes the 2019 edition of the Guinness World Records even demoted Mitchell’s iconic perfect game of Pac-Man into a new section titled “The Records that Never Were” — a high-scoring performance which had not even been called into question. 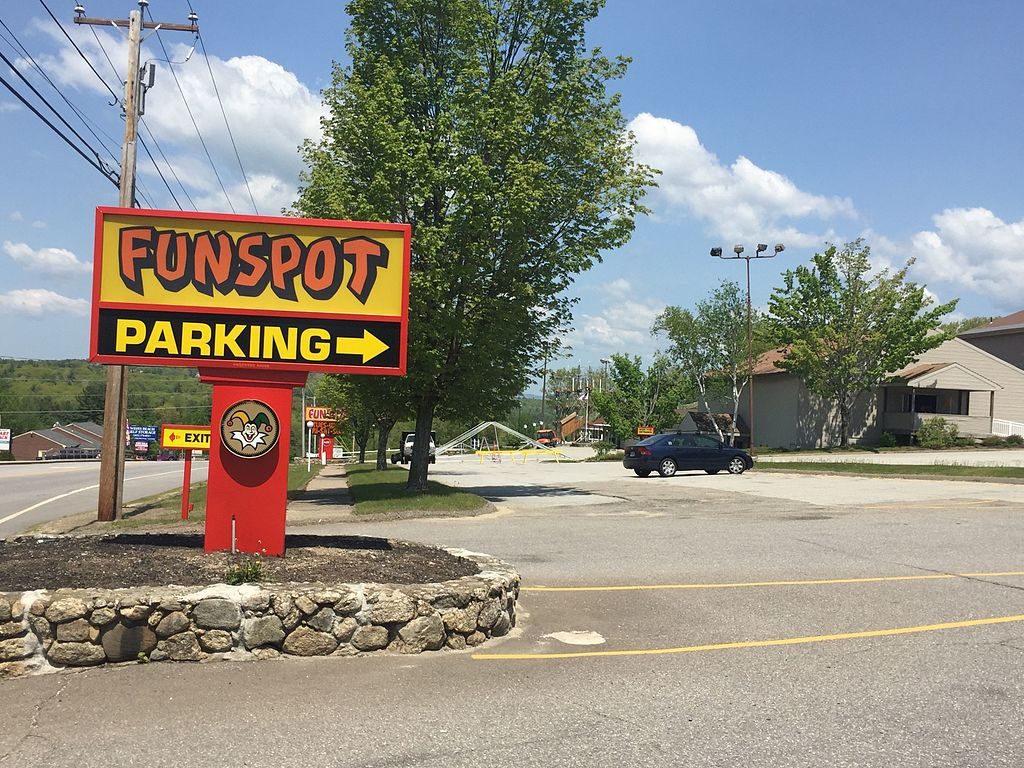 Billy set his 1999 record at the legendary Funspot arcade, where the floor manager had previously been a navigator on a nuclear-powered submarine and held a permanent Top Secret clearance.

Mitchell’s documentation claims to have “forensic evidence” showing the tapes of his disputed Donkey Kong games have “a high probability of being tampered with.” For starters, the tapes came from one of Billy’s harshest critics, Dwayne Richard, who in 2011 sent an email vowing “I have a master plan to take him down.” The evidence package also claims two witnesses — one of whom is refusing to testify — were asked by this archnemesis of Billy to help them fake a tape showing an incriminating MAME-enhanced video game.

When one of Billy’s investigators had later asked Richard for copies of the tapes to review, the response he received was “your not my friend stop bothering me.”

Mitchell’s documents also cite comments from Twin Galaxies’ Jace Hall acknowledging he can’t confirm whether the disputed videos are in fact from the original performances. And Mitchell argues that their footage of his 1,050,200-scoring performance now has borders around it, “screaming that it’s been put through an editor.”

The packet finds more contradictions. Investigators claimed evidence that Mitchell’s tapes showed specific versions of MAME were used to fabricate high scores — somewhere between version .116 and .121 — by the appearance of an on-screen artifact known as “the girder finger”. For a moment only two of Mario’s girders are drawn across the top of the screen, and the slanted girders do suggest the shape of a finger. There’s just one problem. Those versions of the software were only released after Billy had already achieved his 1,050,200 high score.

This suggests the videotapes must have been tampered with, the documents argue, “since neither Billy Mitchell, nor anyone associated with him, is capable of time travel.”

And in at least one exhibition of the damning footage — after Mitchell’s records had already been revoked — Twin Galaxies’ Jace Hall apparently stumbled across a sequence which inexplicably had 24 frames instead of the expected eight.

But Billy’s entire evidence package is like a walk through the history of video game records. And perhaps the most poignant of its witness statements comes from Chris Ayra, the long-time friend who had helped Mitchell achieve the world’s first perfect score in Pac-Man. “All of this is extremely clear in my mind, including eyewitness and media reports because it was so important in the culture we grew up in and helped shape…

“All of the goodwill that we collectively experienced together, some have chosen to forget, or ignore for their own reasons, and that is very sad.”