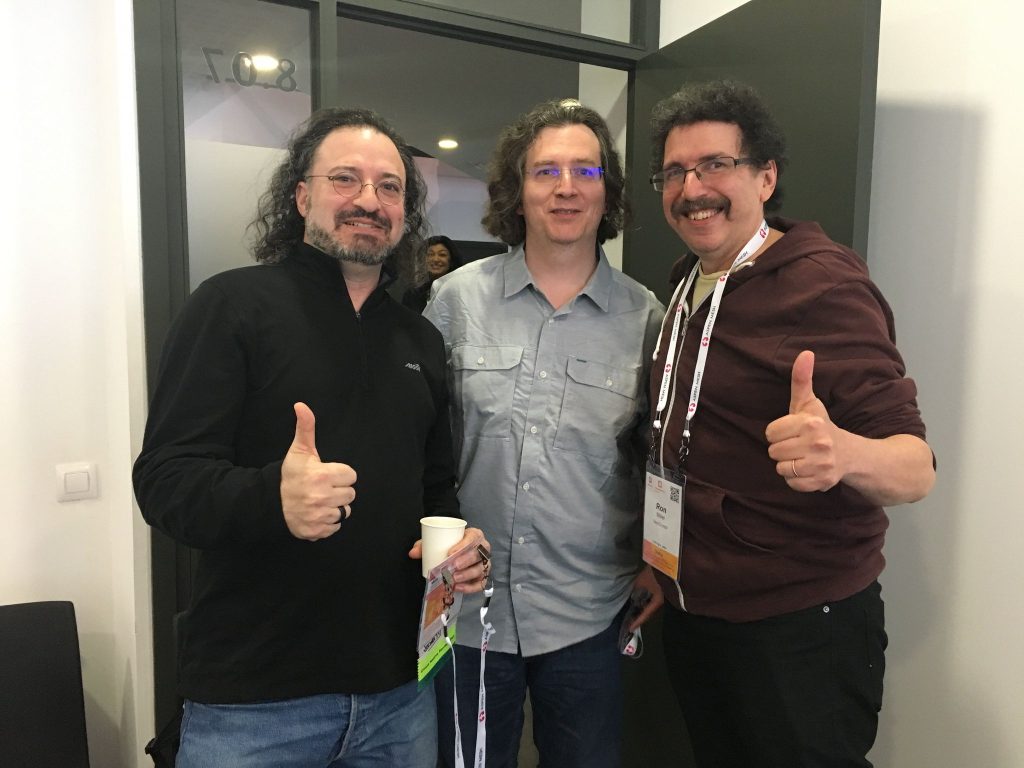 Put four journalists from leading tech news outlets in a podcast room and one could guess they would have rather opinionated thoughts to share and more than enough background to uncover and analyze the truth beneath the marketing-laden facades of the cloud native software development industry. In fact, all of the above aptly describes the theme and atmosphere of a podcast meeting featuring most of the press corps members attending the KubeCon + CloudNativeCon conference in Barcelona in May.

Speaking with Alex Williams, founder and editor in chief of The New Stack, the podcast guests included:

One could also assume this group of journalists would loathe to disagree on the most important takeaways of the conference. And yet….

Indeed, the announcements at KubeCon about Microsoft’s Service Mesh Interface (SMI) specification and how Solo.io has created what it calls “the first reference implementations” for SMI were arguably the most important newsworthy developments during the conference.  Lardinois said the SMI announcement was “interesting.”

While some large platforms may use service meshes, “some may not — I don’t know,” Kerner said. “But for a core Kubernetes deployment today, my personal opinion is there is no need for it and it works just fine without it,” Kerner said. “It’s like, do I really need air conditioning in my car? Well, if I live in Toronto, where I do, [you need air conditioning] two months of the year — the rest of the year, I don’t need it.”

Kerner saw a possible and tentative potential use for certain use-case scenarios for service meshes, but only on a limited scale. Would service meshes be useful for “large horizontal scale outs? Maybe,” Kerner said. “Some people say for complexity — maybe. But some of my background involved doing a lot of networking stuff, and for core networking, you can still scale really nicely and don’t necessarily need” service meshes.

And, at the end of the day, Kubernetes really remains a work in progress. “I was surprised to find out how wide open Kubernetes really can be and is by default,” Miller said. “And it’s by design to have that built in to make it kind of easy to get a cluster up and running and all of that. But, you know, as it becomes more mature, all of that stuff has to be locked down.”

During a conference session, for example, Miller was surprised to see just how easy it is to penetrate Kubernetes security layers. “I mean, this guy went through these motions of like opening up the cluster, and then you’re doing all these kinds of adjacent moves,” Miller said. “And it didn’t like, with a couple of very quick, not sophisticated kinds of commands, it was just like, ‘okay, I’m going to do this, and then I’m going to do this now that I’m in there. And it was a little shocking to me, that it was that wide open.”

Meanwhile, one of several elephants in the podcast room was Amazon and Amazon Web Services (AWS), of course. While Amazon had a very staid presence at KubeCon + CloudNativeCon in Barcelona with a type of glass-walled garden where one could sit in the sunshine on fake grass, Lardinois said he saw evidence that Amazon’s culture is change — a little bit, such as its increased involved with containers and AWS Firecracker. “I think Amazon is changing very slowly because the culture is so ingrained in Amazon. I think they’re getting that whole discussion around the licenses in the last few weeks and months, which has put a little bit of pressure on them,” Lardinois said. “And I think in a few months we’ll see some changes.”

4:30: What were the nuts and bolts?
8:35: Discussing service meshes
16:09: Removing the “docker” and Kubernetes legacy, dependencies, and ideas
21:27: The process of continual audit
28:06: What is your take on serverless these days?
34:20: Why don’t we sum things up then from each of our points of view looking forward and assessing where we’ve come from over the past six months?