The Mysterious Disappearance and Possible Return of CuteFishOS

Last year CuteFishOS was hailed as a new elegant desktop for Linux. Then work mysteriously halted on the project.
Aug 7th, 2022 6:00am by David Cassel 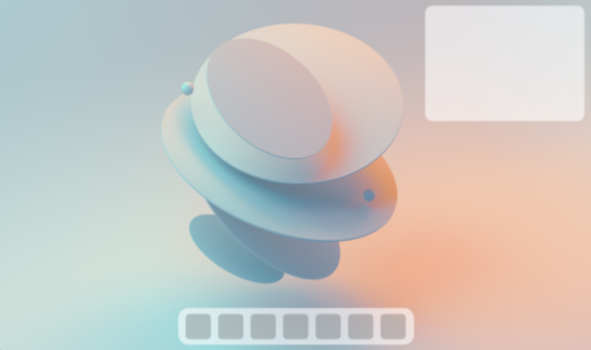 There are hundreds of Linux distributions — but Linux fans really didn’t want to let go of CuteFishOS. When it looked like development had stalled, ten fans launched a fork to ensure that active development would continue.

But now it looks like the original development team behind CuteFishOS is coming back to life — and that fork has been put on hold. What exactly happened — and what’s behind all the excitement? The last four weeks saw both interest and intrigue growing around CuteFishOS — and a chance to see open source communities mobilizing into action just to fill a perceived void.

Last September the Register called CuteFish “surprisingly polished,” and by this April a ZDNet headline was calling it “the cutest Linux distribution you’ll ever use,” in an article praising the “incredible elegance” of its MacOS-like desktop.

“The amazingly clean (and adorable) look, combined with remarkable ease of use, makes CutefishOS an irresistible option,” ZDnet enthused.

It was the tech blog Debug Point that first noticed that development looked “completely stalled,” with minimal GitHub activity (and time-outs reported when trying to reach CuteFishOS.com).

To this day the official Twitter profile for CuteFish hasn’t posted an update in over four months.

The status bar adapts to the desktop background, it’s like a chameleon. pic.twitter.com/gilYaNpOHz

And as recently as Wednesday, the tech YouTube channel Ksk Royal was complaining that the file manager is “completely broken,” working only with the dark theme, and even then “still looks bizarre.”

But last Sunday — on July 31st — its official repository on GitHub was updated with a new announcement in its profile.

“Your Favorite CutefishOS are back now!” [sic]

It also promised “New website in the works (coming soon).” and pointed to a new URL.

You can see the changes happening right before your eyes. That website’s domain — OpenFish.org — was registered just ten days ago, on Thursday, July 28th — and it’s still a work in progress. On Thursday afternoon it was pointing to a non-English-language page hosted on the Pakistani cloud platform QCloud — but by Thursday night it was showing a testing page for a NGNIX HTTP server running Red Hat Enterprise Linux.

And there’s now also a new README file in CuteFish’s GitHub repository listing five items as “progressing.” The first item is “official website preparation,” but other items include collating the previous pull requests and issues, “fix the existing problem,” and eventually adding new features. The sole contributor to the repository appears to be a Chinese coder going under the name of Biukang. 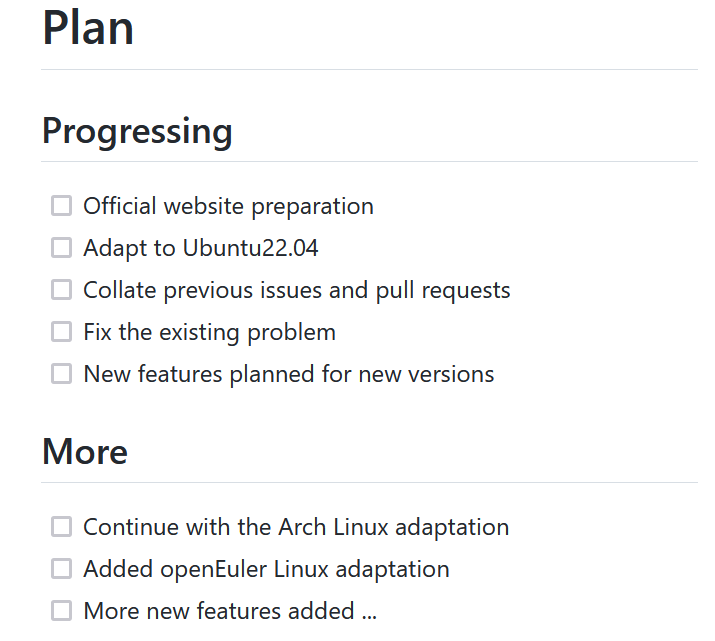 One developer took special notice of the announcement — a Reddit user who goes by the name of Aggelos Tselios. He’d earlier announced his own plans to start their CuteFishOS fork, but “Since the original devs are going to do all the job themselves, I won’t continue my own fork.”

Ten different people had earlier agreed to help get that new fork launched, but Tselios’ update (to a Reddit post announcing the fork) says “Consider this post deprecated, unless the project again dies out and maybe i’ll fork them again…”

The Fork that Wasn’t

It’s been less than four weeks since Tselios’ original post (which had attracted 1,035 upvotes — and 396 comments.) One Linux fan added a new comment this week just to say they were disappointed the fork wasn’t continuing — but Tselios responded, “I’d be duplicating work for no reason.”

Tselios might make some pull requests in the future, and “If Cutefish wants to make any changes, they can, and I’ll help them.” But the fork isn’t happening, Tselios posted emphatically. “I’m no longer interested in the project anyways considering that many people want a cross-distro desktop instead of a new distribution.”

But the hundreds of comments in that thread will forever preserve the earnest effort that had sprung up to ensure CuteFishOS survived — and it’s fun to revisit glimpses of that public give-and-take.

But the actual development process proved trickier. Since there was no way to create an ISO image of CuteFish, the fork aspired to preserve the desktop, apps, and other software (while being based on some other distro). “Cutefish was after all just a different flavor of Ubuntu/Debian without many differences,” Tselios posted on July 11. “We don’t have to make an exact copy of it and keep maintaining it.”

To the people urging a Fedora version of the desktop, Tselios wrote that “Cutefish has some pretty weird dependencies that Fedora does not provide as far as I know. Or maybe it does, but good luck finding them.”

Eight days later, Tselios posted an update. “Already lots of problems testing on Arch Linux, VMs are a nightmare for Wayland so I can’t add some pretty basic functionality, pretty bad code without documentation or comments, and a few hundred people each asking me to implement something other distros don’t do right.”

At times it went beyond the normal travails of a developer starting their own fork, Tselios elaborated in an email interview with TNS this week.

“Initially, I tried to compile Cutefish from source, mainly to confirm that I can compile and test it normally. Unfortunately, this was far from the reality, as the desktop environment’s way of working would conflict with my own desktop environment (then KDE, currently I use GNOME) by adding some KWin and Qt plugins made for Cutefish, making it unusable. I had to manually find every new file and delete it to fix my desktop.

“I moved on to try it on a virtual machine, however performance limitations would mean it was hard to both program the desktop and test it. I tried to overcome this by simply testing inside the virtual machine and write code in the host, but then it would take a tedious amount of work to install it in the virtual machine.”

“The only thing I achieved was a pretty buggy Wayland session.”

In our interview, Tselios added that he’d tried contacting the original developers before even announcing the fork — but just never received a response. And that ongoing radio silence is still continuing. “To this day, I haven’t received any sort of reply.”

By July 28, Tselios had posted to Reddit that “there is no point in the website if there isn’t a fork in the first place,” adding later that same day that there still wasn’t a GitHub repository, because “The software currently is terrible to use so I’m just playing around with the Wayland port.”

This week Tselios said the whole arc of the experience was a kind of journey without a payoff. “I thought it was a dead project, it suddenly made a comeback — and hence any work I did until then didn’t really have a point. The only option now would be to leave my own version to die.

“Adding to that, no major source code changes were made, so I didn’t even bother committing anything to their repositories. I was stuck on the testing part for most of the time.”

But it’s all still a remarkable example of how continuing development was almost willed into existence — simply by the sheer force of a community cheering for success. Looking back, Tselios ultimately sounded philosophical. “I am a type of developer who likes to write things from scratch; Forks are almost always something I avoid because I have to read the source code from scratch and learn its internals, which takes some time depending on the project’s size.

“Same goes for Cutefish, except that this time many people wanted to collaborate.”