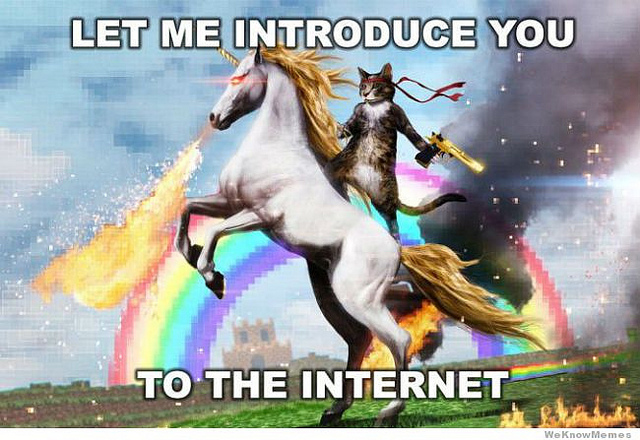 Mat Ellis walks into the downtown Portland office where he’s the CEO of Cloudability, a service that monitors a customer’s cloud spending. His Motorola Moto 360 smart watch connects to the office WiFi through his mobile phone. Upon notice of his entrance, the Cloudability app sends a notification to his watch with a breakdown of the total cloud spending for the company’s engineering team. It tracks how much the team spent on the cloud the prior day and spending projections for the total month going forward.

Mat is a new executive. He’s connected in a way that most people are not. In the life of the new executive, data is universal but borders are fuzzy, in many respects based upon semantics. These are borders that have their own meanings, each a custom construct that reflects the individual and the increasing number of connected devices that are coming online.

This new generation is vitally important to the new stack ecosystem. They are the ones who fuel the demand for apps and services that provide a contextual framework for interacting with people and things. Their way of life is not defined in any formal way. More so, they are makers, part of a larger hacker meme that started in San Francisco and Silicon Valley, spread through the West Coast and is now a worldwide movement.

New executives build custom processes but depend on open connectivity to create loosely coupled systems that use new stack technologies. They are the ones that app makers look to as early adopters. They provide developers with examples to the larger mainstream community about how their apps and services can be used.

The new executive movement is in its early development. This is evident in the DevOps culture. The pains that come with changing an organization to be more agile are well documented. The problem, in many ways, is about the overwhelming number of workers who have not adopted the new executive culture. They do not understand the importance of DevOps practices. They have not built their own workflows. They use online services only for the most basic of purposes. New executives are hackers who use any way they can to surface the information they need at the right time and place.

I heard Mat tell his story yesterday at the Defrag conference. Earlier in the day, Basho CEO Adam Wray talked in his keynote about the fancy coffee maker that asks him in the morning if he wants a cup to start the day.

Wray used his talk to give a fictitious account about how data affects how someone would use data in the context of personal and business interactions.  An apt talk to cover for a database company executive. The message: data defines who we are.  It’s the new executives who know how to harness it.

The new executive understands the semantic relationships that come with the interactions of man and machines. They have a few things in common:

The new stack is at the heart of the life and work of the new executive. They depend on services that are built on sophisticated, fast and distributed infrastructure. They want apps with compute power, unlimited storage and a contextual understanding of their relationship with people and things.

Limitations of the New Executive Community

The new executive does have weaknesses. They don’t get how vulnerable they really are. Most never read a terms of service. They leave their identity open and are limited by the actual small size of their community. And that’s mostly because these new executives are people who enjoy the privilege of an upper role in the hierarchy of society.

Which all leads us back to this question about the people building and managing these new stacks. If the new executive culture and community is still fairly monochromatic then it’s a logical argumetn to state that there is a limited market for the developers and new IT managers who are building these new apps and services. And that raise some issues for the technology platform providers that are developing this new generation of developer and management tools.

The new executive will define in many ways how organizations evolve, especially as the hackers and makers spread throughout society.

Alex Williams is founder and editor in chief of The New Stack. He's a longtime technology journalist who did stints at TechCrunch, SiliconAngle and what is now known as ReadWrite. Alex has been a journalist since the late 1980s, starting...
Read more from Alex Williams
SHARE THIS STORY
RELATED STORIES
What’s the Future of Feature Management? Case Study: How Dell Technologies Is Building a DevRel Team What Is a Sociotechnical Knowledge Map and Why You Should Care Collaborating with Internal Dev Experience and Tool Teams How and Why to Respond to Incidents the Right Way
TNS owner Insight Partners is an investor in: Coast.
SHARE THIS STORY
RELATED STORIES
It's No Longer about How You Write Code but How You Operate It Engineering Leaders: Switch to Wartime Management Now SANS Survey Shows DevSecOps Is Shifting Left  Fear and Layoffs: How to Cope with Tech’s Uncertain Times Entrepreneurship for Engineers: Painkiller or Vitamin?
THE NEW STACK UPDATE A newsletter digest of the week’s most important stories & analyses.
The New stack does not sell your information or share it with unaffiliated third parties. By continuing, you agree to our Terms of Use and Privacy Policy.